Father Robert Mitchell retires after more than 4 decades of ministry 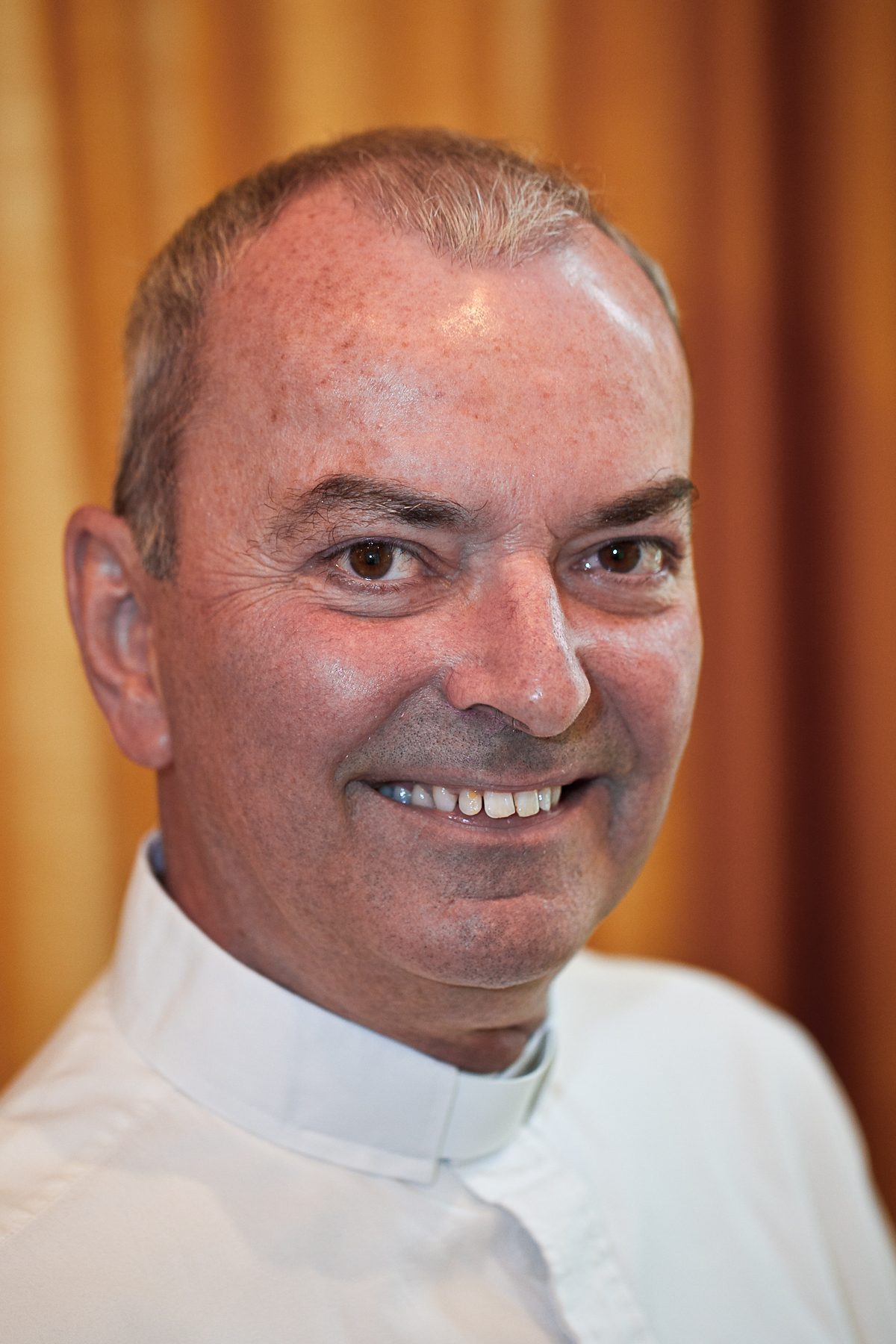 BAREFOOT BAY | Over his 47 years of priesthood, Father Robert Mitchell has gotten used to a change of scenery. He was born in London, England in 1949, educated at University College in Dublin Ireland, and attended seminary in both Dublin and Rome. He was ordained a priest May 27, 1973, by Archbishop Dermot Ryan in Bray, County Wicklow, Ireland. Leaving big city life, his early assignments as a priest took him to the Irish countryside until he traded rolling green hills for palm trees and beaches, coming to Central Florida in 1992. Now, after five years as pastor of St. Luke Parish in Barefoot Bay, Father Mitchell is preparing for perhaps his biggest change yet: retirement.

“Upon retiring I intend to leave immediately for the Diocese of Green Bay where I will fill in for a few months before returning to Orlando. No cold winters for me!” joked Father Mitchell, who will officially retire on May 31. Following his time in Green Bay he will return to live in Winter Haven and plans to serve the bishop and his brother priests whenever the need arises. “I am really looking forward to seeing the wide variety of pastoral settings that the Diocese has to offer and to discovering something of the different culture of Wisconsin.”

Looking back over his years of service, Father Mitchell remembers fondly the many different communities of which he was blessed to be a part, from his first assignment at Holy Redeemer in Kissimmee, where he would later return as pastor, to St. Mary Parish in Rockledge and St. Ann Parish in Haines City, to his final assignment at St. Luke’s. It is this community life that Father Mitchell says he will miss the most.

“I will certainly miss a sense of ‘belonging’ to a particular community. For a diocesan priest there’s a definite joy in feeling ‘these are my people,’ said Father Mitchell.

Father Mitchell noted that the many changes in his life, moving from Dublin to the countryside, from Ireland to the United States and even spending a year in a Trappist monastery, have been among the highlights of his ministerial life. He also remembered the joy at seeing the completion of the vision for the renovation at Holy Redeemer in 2004, which included a new altar, Blessed Sacrament Chapel and addition of a narthex, all which he believes enhances the celebration of the Liturgy. But most of all, no matter the place, for Father Mitchell it has always been about the people.

“The highlight of my ministry, above all, has been the many, many wonderful people I’ve met wherever I have been blessed enough to serve,” said Father Mitchell. Bishop John Noonan wishes him well. “I am grateful to Father Robert Mitchell for his service to the people of the Diocese of Orlando,” he said. “We bless him now with joy and gratitude, rich in God’s goodness and pray that he will continue to serve the Lord well for as long as he is able.”