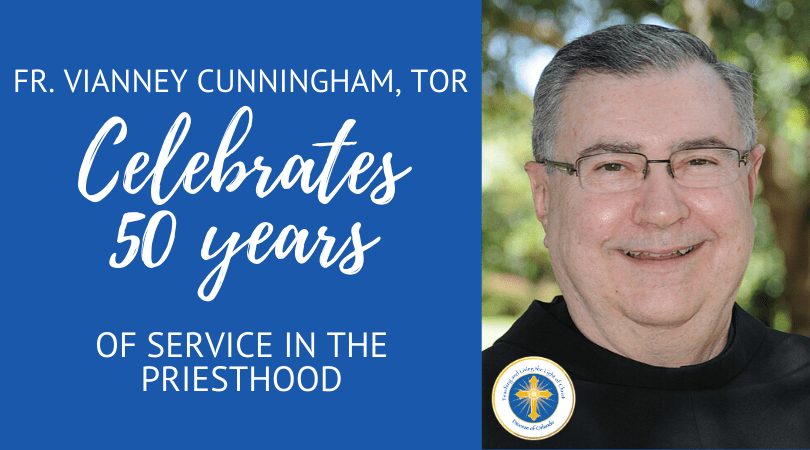 Father Vianney Cunningham TOR, born in Providence, Rhode Island, was ordained January 31, 1970 In Providence. He is a member of the Province of the Immaculate Conception. He served in churches and schools in Pennsylvania, West Virginia, and Rhode Island before arriving in Florida. In 1994 he was appointed school pastor of Santa Fe Catholic High School in Lakeland and campus minister at Florida Southern Community College. In 1995 he was appointed parochial vicar of St. Joseph Parish in Lakeland while continuing as school pastor at Santa Fe Catholic High School. From 1996 – 2001 Father Vianney served as pastor of St. Anthony Parish, Lakeland. From 2002 – 2019 he served at the San Pedro Spiritual Development Center as a retreat leader and senior day speaker.  He also served for many years as Spiritual Animator for the Lady Poverty Fraternity Secular Franciscan Order based at San Pedro.  He continues to lead retreats at San Pedro Spiritual Development Center during his retirement.