Respect Life Sunday, October 6, marks the beginning of the annual celebration of Respect Life Month. Activities in parishes throughout the country launch a year-long educational and prayer campaign in support of life. 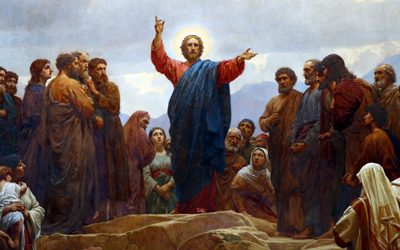 Open your hearts to life! October is Respect Life Month  Respect Life Sunday, October 6, marks the beginning of the annual celebration of Respect Life Month. Activities in parishes throughout the country launch a year-long educational and prayer campaign in support of life. In his Respect Life Sunday Statement, Cardinal Seán O’Malley, chairman of the U.S. bishops’ Committee on Pro-Life Activities, reminds us of Pope Francis’ call for all people to “Open your hearts to life!” This plea from the Holy Father serves as the theme for this year’s respect life program.

Cardinal O’Malley states, “We must respond to Pope Francis’ call with great urgency. Opening our hearts to life in Christ empowers us for loving, merciful action toward others. We must give witness to the Gospel of Life and evangelize through our lives. We must personally engage others and share the truth about human life. We must continue to show love and mercy, especially with those who have been involved in abortion. All members of the Church can bring healing to the world by upholding the beauty of human life and God’s unfailing mercy.”

The USCCB Secretariat of Pro-Life Activities publishes a program packet each year to call attention to numerous human life issues. These materials are especially helpful for priests, parish groups and other organizations.

Bishops Urge Mercy Prior to Second Execution in Two Week Period; Prayer Services Scheduled  Prior to the scheduled execution of William Frederick Happ, the Bishops of Florida call on Governor Rick Scott to demonstrate mercy and commute Mr. Happ’s sentence to life in prison without the possibility of parole. Happ is scheduled to be executed on Tuesday, October 15 at 6:00 p.m., just two weeks after the October 1 execution of Marshall Gore.

The Church views all individuals, even those who have caused great harm, as possessing a human dignity that is sacred and instilled in us by God. A respect for all human life is recognized by those around the state who will gather prior to Mr. Happ’s execution to pray for his victim, Angela Crowley, and all victims of violent crimes and their families, for persons on death row awaiting execution, and for the end of the use of the death penalty.

Click here for times and locations where Catholic faithful and members of the community will be gathered in prayer.

Sheila S. Hopkins Retires from Florida Conference of Catholic Bishops  After eleven years of dedicated service to the Catholic bishops of Florida, Sheila S. Hopkins is retiring from her position of Director of Social Concerns/Respect Life for the Florida Conference of Catholic Bishops (FCCB). During her term of employment, Hopkins represented the bishops on issues of human life, dignity and social justice before the legislative and executive branches of government and community organizations. She participated on various boards of directors, fulfilled gubernatorial appointments, and received numerous honors.

Ingrid M. Delgado Joins Florida Conference of Catholic Bishops as Associate for Social Concerns/Respect Life  Ingrid M. Delgado has joined the Florida Conference of Catholic Bishops (FCCB) as Associate for Social Concerns/Respect Life. Her primary responsibility will be to serve as a representative of the bishops on issues of human life, dignity and social justice before the legislative and executive branches of government and community organizations. She will also work closely with staff and directors in Florida’s Catholic dioceses through the activities of various committees of the FCCB. Delgado succeeds Sheila Hopkins who retired after serving in the position since 2002.