Each Friday afternoon during the 60-day Session, the Florida Conference of Catholic Bishops (FCCB) provides a summary of activity on priority bills and other items of interest at the Capitol. 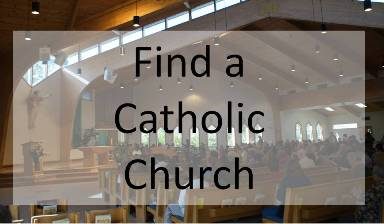 March 11 – March 15, 2013
SECOND WEEK OF THE 2013 REGULAR LEGISLATIVE SESSION
Each Friday afternoon during the 60-day Session, the Florida Conference of Catholic Bishops (FCCB) provides a summary of activity on priority bills and other items of interest at the Capitol. For additional legislative action on bills closely monitored by the Conference, see the legislative bill report, which is updated on a daily basis.

Highlighted Activity for the Week

On Monday, the Senate Criminal Justice Committee took up SB 148 (Altman). This bill requires a unanimous jury recommendation for a sentence of death in capital cases. Of the 33 states that impose the death penalty, Florida is one of only two states that do not require a unanimous decision from the jury to sentence an individual to death. Florida requires a simple majority, meaning a sentence of death may be handed down by the judge based on a 7-5 recommendation from the jury. In Alabama, a 10-2 super majority is required. Those testifying in support of the bill included retired Florida Supreme Court Justice Harry Lee Anstead who indicated that there is a cloud over Florida in regards to its method of sentencing, which ultimately could be challenged by the U.S. Supreme Court. Time ran out in the committee meeting before a vote was taken, and the bill is back on the Criminal Justice Committee agenda on Monday, March 18. While the FCCB advocates against the use of the death penalty, it supports the requirement for a unanimous jury recommendation to better ensure proper weight is given to the decision to sentence someone to death. The House companion to the bill, HB 961 (Pafford), is in the House Criminal Justice Subcommittee, its first committee of reference.

After sailing unanimously through all committees of reference, CS/HB 215 (Albritton) was unanimously passed by the House on Wednesday, while companion CS/SB 164 (Detert) is on the Senate Special Order Calendar for Tuesday, March 19. By establishing a “reasonable and prudent parent” standard for children in foster care, the bills give foster parents, not bureaucrats, increased decision-making authority regarding age-appropriate extracurricular, enrichment and social activities of foster children in their care. The FCCB supports this measure.

This week, both SB 500 (Clemens) and companion HB 7005 (Criminal Justice Subcommittee) unanimously passed first committees of reference. The measure, supported by the FCCB, prohibits operation of massage parlors between the hours of midnight and 5 a.m., with exceptions for services provided at health-care facilities and hotels, and prohibits the location to be used as a principal residence. Although the majority of massage establishments are operated by law-abiding citizens, a small number of establishments are operated by persons who use them as a place to engage in illegal activities such as human trafficking and prostitution.

On Monday, a Senate committee rejected (7-4) the option, under the federal Patient Protection and Affordable Care Act (PPACA), to expand Medicaid eligibility to persons with incomes up to 138% of the federal poverty level. Senator Joe Negron, chair of the select committee, presented a framework for an alternative plan that would use federal money to help low-income uninsured persons obtain coverage through private insurers. Despite Governor Scott’s endorsement of Medicaid expansion under PPACA, the decision came a week after a House committee also rejected the plan as outlined in the federal health care law. The Conference’s support for an expansion of Medicaid eligibility is outlined in a letter to PPACA Select Committee Chairs.

The FCCB joined a broad coalition of organizations from across the state in support of Medicaid expansion at a Health Care for Florida Now press event on Thursday. Participants, including Senator Eleanor Sobel (D) and Representative Mike Fasano (R), discussed the need for policy changes to extend quality, affordable health care to individuals and families currently without access to health insurance.

Bill Provides Increased Access to Care for Children
HB 689 (Harrell) was reported favorably (12-0) with a committee substitute by the House Healthy Families Subcommittee on Wednesday. At the meeting, FCCB staff expressed support for the bill. The proposal, which goes next to the Health Care Appropriations Subcommittee, allows children applying to the Florida KidCare Program through an appropriate provider to be presumptively eligible, facilitating their ability to get timely care. Senate companion SB 548 (Detert) waits to be heard by its first committee of reference, Children, Families, and Elder Affairs.

Find out more about this measure, through the following video and blog.

Video: Proposed legislation to protect the safety and well-being of students in private schools

Additional Bills Seeing Action This Week
For descriptions of these bills, please see the Legislative Report.

What to Look for Next Week

The following bills are on the schedule for next week. For descriptions of these bills, please see the Legislative Report.

March 4 – March 8, 2013
FIRST WEEK OF THE 2013 REGULAR LEGISLATIVE SESSION
The annual Session of the Florida Legislature began Tuesday, March 5 and is scheduled to conclude Friday, May 3. Each Friday afternoon during the 60-day Session, the Florida Conference of Catholic Bishops provides a summary of activity on priority bills and other items of interest at the Capitol. For additional legislative action on bills closely monitored by the Conference, see the legislative bill report, which is updated on a daily basis.

Watch our inaugural VIDEO weekly summary – Michael Sheedy, Director of Public Policy, highlights 2013 legislative activity to date and the agenda for next week. 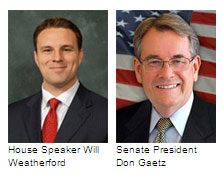 Opening Session Remarks and State of the State On Tuesday morning, the House Speaker and Senate President convened their chambers for the 115th Regular Legislative Session.

Having previously outlined his priorities, President Gaetz did not give an opening day address to the Senate.

To a joint session of the legislature, Governor Scott delivered his 3rd annual State of the State address. Repeating the refrain “It’s Working” in reference to the policies of the past two years, he advocated staying the course on economic growth and job creation. He also supported increasing education spending to include pay raises for teachers, cutting sales tax on manufacturing equipment, and additional funding of programs to help persons with disabilities and victims of human trafficking.

Medicaid Expansion Under PPACA Debated
At a joint meeting Monday, Senate and House select committees debated whether to carry out the option, under the federal Patient Protection and Affordable Care Act (PPACA), to expand Medicaid eligibility to persons with incomes up to 138% of the federal poverty level (FPL). Michael Sheedy, director for public policy, having provided a letter to select committee members outlining the Conference’s position, testified in support of the expansion citing the value of access to care to uninsured and vulnerable populations. Sheedy also indicated that going forward with the expansion, while certainly providing a benefit to those who would otherwise be uninsured, will allow for the benefits and problems associated with the expansion to be evaluated as it is implemented. Letter to PPACA Select Committee Chairs re support for Medicaid expansion

Later on Monday, the House select committee passed a motion on a 10-5 vote not to draft a proposal to expand Medicaid eligibility under PPACA. The move comes less than two weeks after Governor Rick Scott endorsed an expansion of Medicaid eligibility as outlined in the federal health care law.

House Committee Looks to Speedup Death Penalty Process
On Tuesday, the House Criminal Justice Subcommittee approved a proposed constitutional amendment (CRJS4) and an accompanying bill (CRJS5) on an 8-5 and 9-4 vote, respectively. The measures, sponsored by the subcommittee chair, Rep. Matt Gaetz, aim to reduce delays in carrying out the death penalty by limiting the post-conviction appeals process. The Conference is monitoring this proposal closely.

In-State Tuition for U.S. Citizen Children of Immigrants Moves Forward
On Wednesday, the House Higher Education & Workforce Subcommittee passed a committee bill (8-4) that allows students who are U.S. citizens and attended high school in Florida for three years to be eligible for in-state tuition, regardless of their parents’ immigration status. An amendment filed by Rep. Jose Javier Rodriguez and supported by the Conference would have added a provision to the bill to allow in-state tuition for children of undocumented immigrants who arrived in the U.S. as a youth and attended high school in Florida. Rep. Rodriguez withdrew the measure before a vote but could re-introduce it at one of the bill’s later stops. The bill, HB 7051, also includes a provision that allows veterans who reside in Florida while enrolled in an institution of higher education to be classified as residents for tuition purposes.

Additional Bills Seeing Action This Week
For descriptions of these bills, please see the Legislative Report.

Activity Prior to Session Start
During the weeks leading up to the Legislative Session, lawmakers convened at the capitol for committee meetings. Some notable activity during committee weeks included:

Legislation to Abolish Death Penalty Gets Committee Hearing
On Thursday, February 7, HB 4005 (Rehwinkel Vasilinda), a bill to repeal the death penalty in Florida, received a hearing by the House Criminal Justice Subcommittee. This was the first full committee hearing for the bill, which has been filed each year since 2010 by Rep. Rehwinkel Vasilinda. The bill was defeated on a 9-4 vote. The Senate companion, SB 1022 (Bullard), has been referred to four committees, the first being the Senate Judiciary Committee.

Prior to the committee meeting a press conference was held at the capitol by the bill’s sponsor. In attendance representing the Church were Sheila Hopkins, director of social concerns/respect life and Fr. Timothy Holeda, Blessed Sacrament Church, Tallahassee. Rep. Rehwinkel Vasilinda cited several arguments against continuing the use of execution in our state, including: lack of evidence to deterrence; the number of those exonerated (Florida leads the nation with 24); inequitable application of the death penalty; and respect for the sanctity of life.

The Church’s commitment to the inherent worth and dignity of each and every human life compels it to oppose the use of the death penalty and advocate for its repeal. The State has the right to protect its residents from dangerous aggressors; however, this can be accomplished with the punishment of life in prison without the possibility of parole. Society is only coarsened by the taking of one human life to avenge another.

In related activity, the Tallahassee Committee Against the Death Penalty (TCADP) distributed booklets to all state legislators, the governor, lieutenant governor and cabinet members that contain responses to the death penalty from the faith community. Included in the booklet is a statement from Archbishop Thomas Wenski, Miami, president of the Florida Conference of Catholic Bishops.

Temporarily Postponed Domestic Partnership Bill Back on Agenda
On Tuesday, February 19, SB 196 (Sobel), giving domestic partners the same rights as married couples, was debated by the Senate Children, Families and Elder Affairs Committee. Michael Sheedy, director of public policy, testified against the bill stating that by recognizing “domestic partnerships”, the institution of marriage, which enjoys a privileged place in state policies because of the benefits it brings to society, is harmed. Realizing that the measure did not have the votes to pass, Rep. Sobel, the bill’s sponsor and also the committee’s chair, temporarily postponed the bill and later added it to the committee’s agenda for next Tuesday, March 12. Letter to Chair Sobel re concerns prompting opposition to SB 196

What to Look for Next Week
Several bills are scheduled to be heard in committee next week. For descriptions of these bills, please see the Legislative Report.