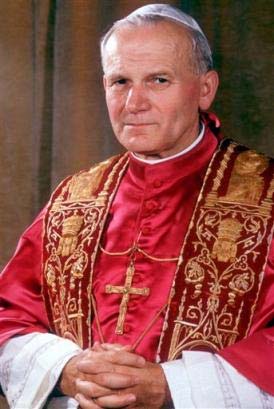 Support for Families, Elderly People and the Unemployed

VATICAN CITY, 14 JAN 2011 (VIS) – This morning in the Vatican, the Pope received Gianni Alemanno, mayor of the City of Rome; Renata Polverini, president of the Region of Lazio, and Nicola Zingaretti, president of the Province of Rome, each accompanied by an entourage, for the traditional exchange of New Year greetings.

Speaking on the subject of the family, which he described as the “the primary cell of society, … founded on marriage between a man and a woman”, the Pope noted how “it is in the family that children learn the human and Christian values which enable constructive and peaceful coexistence. It is in the family that we learn solidarity between generations, respect for rules, forgiveness and acceptance of others”. In this context he also noted how “the family must, then, be supported by policies … which aim at its consolidation and development, accompanied by appropriate educational efforts”.

“The approval of forms of union which pervert the essence and goal of the family ends up penalising those people who, not without effort, seek to maintain stable emotional ties which are juridically guaranteed and publicly recognised. In this context, the Church looks with favour upon all initiatives which seek to educate young people to experience love as a giving of self, with an exalted and oblational view of sexuality. To this end the various components of society must agree on the objectives of education, in order for human love not to be reduced to an article of consumption, but to be seen and lived as a fundamental experience which gives existence meaning and a goal”.

Noting then that many couples desire to have children “but are forced to wait”, the Holy Father emphasised the importance “of giving concrete support to maternity, and of guaranteeing working women the chance to conciliate the demands of family and work”.

“Since ‘openness to life is at the centre of true development’ the large number of abortions that take place in our region cannot leave us indifferent”, the Pope warned. “The Christian community, through its many care homes, pro-life centres and similar initiatives, is committed to accompanying and supporting women who encounter difficulties in welcoming a new life. Public institutions must also offer their support so that family consultancies are in a position to help women overcome the causes that may lead them to interrupt their pregnancy”.

Benedict XVI then went on to explain how “the ageing population raises new problems. … Although many old people can reply on the support and care of their own families, growing numbers are alone and have need of medical and healthcare assistance”. In this context he also expressed his joy at the collaboration that exists “with the great Catholic healthcare institutions such as, for example, in the field of paediatrics, the ‘Bambino Gesu’ hospital. I hope these structures may continue to collaborate with local organisations in order to guarantee their services to everyone who needs them, at the same time renewing my call to promote a culture of respect for life until its natural end”.

On the subject of the economic crisis, the Pope highlighted how “parishes in the diocese of Rome are, through Caritas, making prodigious efforts” to help suffering families. “I trust that adequate measures in support of low-income families may be adopted, especially for large families with are too often penalised”, he said

The Holy Father noted how unemployment affects above all young people who, following years of education and training, cannot find professional openings. “They often feel disillusioned and are tempted to reject society itself. The persistence of such situations causes social tensions which are exploited by criminal organisations to further their illegal activities. For this reason”, he concluded, “it is vital, even in this difficult time, to make every effort to promote policies that favour employment and dignified assistance, which is indispensable in order to give life to new families”.

Beatification of John Paul II on May 1

VATICAN CITY, 14 JAN 2011 (VIS) – On 1 May, the second Sunday of Easter and Divine Mercy Sunday, Benedict XVI will preside at the rite of beatification for John Paul II in the Vatican.

According to a note released by the Congregation for the Causes of Saints, “today 24 January, Benedict XVI, during an audience granted to Cardinal Angelo Amato S.D.B., prefect of the Congregation for the Causes of Saints, authorised the dicastery to promulgate the decree of the miracle attributed to the intercession of Venerable Servant of God John Paul II (Karol Wojtyla). This concludes the process which precedes the rite of beatification.

“It is well known that, by pontifical dispensation, his cause began before the end of the five-year period which the current norms stipulate must pass following the death of a Servant of God. This provision was solicited by the great fame of sanctity which Pope John Paul II enjoyed during his life, in his death and after his death. In all other ways, the normal canonical dispositions concerning causes of beatification and canonisation were observed in full.

“Between June 2005 and April 2007 the principal diocesan investigation was held in Rome, accompanied by secondary investigations in various other dioceses, on his life, virtues, fame of sanctity and miracles. The juridical validity of these canonical processes was recognised by the Congregation for the Causes of Saints with a decree of 4 May June 2009, having examined the relative ‘Positio’, nine of the dicastery’s theological consultors expressed their positive judgement concerning the heroic nature of the virtues of the Servant of God. The following November, in keeping with the usual procedure, the ‘Positio’ was submitted for the judgement of the cardinals and bishops of the Congregation for the Causes of Saints, who gave their approval.

“On 19 December 2009, Benedict XVI authorised the promulgation of the decree on John Paul II’s heroic virtues.

“With a view to the beatification of the Venerable Servant of God, the postulator of the cause invited the Congregation for the Causes of Saints to examine the recovery from Parkinson’s disease of Sr. Marie Simon Pierre Normand, a religious of the ‘Institut des Petites Soeurs des Maternites Catholiques’.

“As is customary, the voluminous acts of the regularly-instituted canonical investigation, along with detailed reports from medical and legal experts, were submitted for scientific examination by the medical consultors of the Congregation for the Causes of Saints on 21 October 2010. The experts of the congregation, having studied the depositions and the entire documentation with their customary scrupulousness, expressed their agreement concerning the scientifically inexplicable nature of the healing. On 14 December the theological consultors, having examined the conclusions reached by the medical experts, undertook a theological evaluation of the case and unanimously recognised the unicity, antecedence and choral nature of the invocation made to Servant of God John Paul II, whose intercession was effective in this prodigious healing.

“Finally, on 11 January 2011 the ordinary session of the cardinals and bishops of the Congregation for the Causes of Saints took place. They expressed their unanimous approval, believing the recovery of Sr. Marie Simon Pierre to be miraculous, having been achieved by God in a scientifically inexplicable manner following the intercession of the Supreme Pontiff John Paul II, trustingly invoked both by Sr. Simon herself and by many other faithful”.