Suari is 16; Moreno is 13. They live in La Cueva, which is one of my most remote communities. About 27 families live in the community.  There is no road.  There is no water.  The pipes have been broken for a long time.  I arrive for Saturday Mass by mule; sometimes on foot.  It is not a convenient place to live. 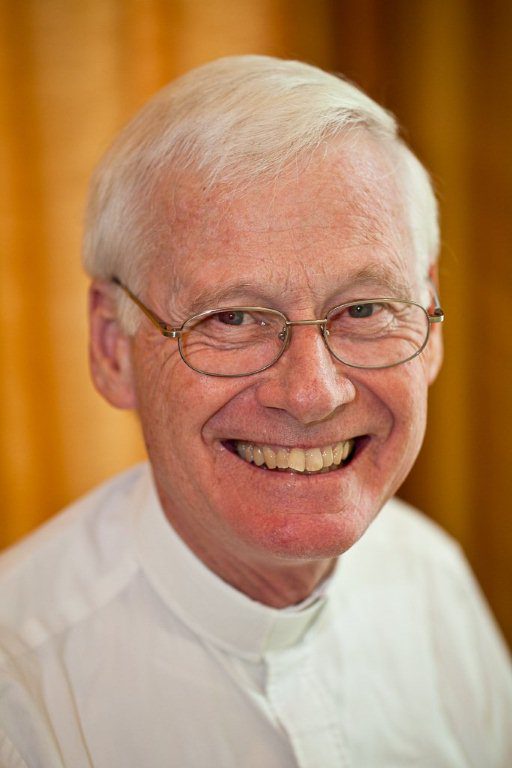 They live in La Cueva, which is one of my most remote communities.  About 27 families live in the community.  There is no road.  There is no water.  The pipes have been broken for a long time.  I arrive for Saturday Mass by mule; sometimes on foot.  It is not a convenient place to live.

One morning, on the way to school (an hour and 45 minute walk), a fight broke out between Suari and Moreno.  Suari was walking ahead of Moreno who was mounted on his horse.  Moreno wanted to pass Suari, but Suari was not inclined to yield the path to him.  Moreno pushed forward with his horse, nudging Suari.  Suari pushed back on the horse and Moreno fell backwards off the horse.

Moreno picked himself up off the ground, grabbed a good-size rock and threw it at Suari, hitting him in the back of the head.  Suari needed 24 stitches to close the wound.

For the next 6 days Moreno sat outside the police station in Los Frios during the day and at night went to sleep at his grandmother’s.

By week’s end the Director of their school invited their parents, members of the community of La Cueva and me to a meeting.  It was a moment to review what happened and what action the school should take.  Their usual measure in such a matter is to expel the boys in which case they would lose the school year.

The members of the community and I prevailed upon them to give the matter to us to resolve.  Losing a school year serves no purpose.  They only have 2-3 days of classes each week as it is.

So, the following Saturday during Mass we had a conversation.  The two boys sat with me in front of the gathered community and we reflected upon Jesus’ parable of the 10 bridesmaids awaiting the arrival of the groom:  What would be the “oil” for our lamps toward doing the will of God?  What would our “living prepared” look like?  What would “responsible living” mean for us?

The community made two decisions:

Both Suari and Moreno accepted their shared blame and the “consejo” (advice) of the community.

They have now completed their 7 days of caring for Dora and have accompanied me to the other communities.  Each community was gracious in applauding them for their readiness to handle all of this the way they did.

Often when folks hear about our life here in the mission they offer the observation that we are living some 50-75 years behind the world, struggling under the burden to catch up.  However, when moments like the “Moreno-Suari” event happen, I am struck with a different “take”.  Maybe it is more accurate to say that these communities don’t live “behind the rest of the world”, rather they are living in our “beginnings”.  Here we are a picture of the first days, like those of the early Church and the episodes we hear of in the Acts of the Apostles.  In fact, reading the chronicles of any mission region is like stepping into our “beginnings” rather than into our “past”.

Perhaps one of the oversights of the “first world” is to gauge quality of life based on what is “missing” (convenient/inconvenient; comfortable/uncomfortable; fair/unfair) rather than reflect on a “time zone” which is not marked by calendar or watch:  the “time zone” called kairos time.  (Kairos is an ancient Greek word meaning supreme moment). It is the time of the sower planting the seed; the bridesmaids waiting for the arrival of the groom; the man finding the treasure in the field and selling all to buy that field; the longing for the coming of the Lord; the hunger for justice; the response to sin and evil with eyes set on healing and reconciliation.

Here in the mission there is time for kairos.   There is time for a community to assess a fight between two youth and offer them a way to move forward from that anger and violence.   In this instance it was a rich moment to touch some very disordered realities with the grace of the Gospel; the reality of Jesus alive in his disciples, in his Church; a taste and glimpse of the kingdom come and coming.

Gathering for the Eucharist every Saturday in La Cueva, it is inconceivable that we would not pay attention to such “disorders” in life.  When Suari and Moreno fought, we acted.  We talked about it.  There was no silence.  We unpacked the proclamation of the Lord’s presence so to touch what had happened to the two youth and to us.

Such is living in the Lord’s time.