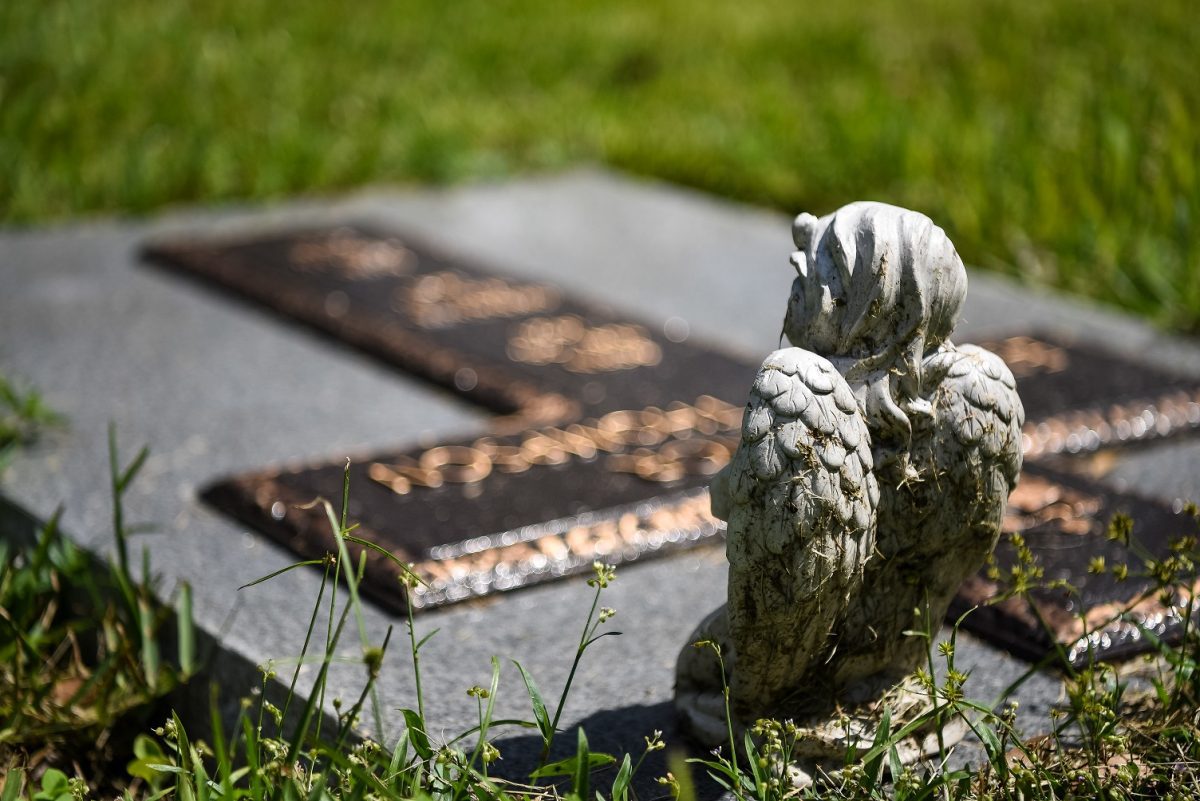 The Church’s preference is that Catholics be buried in the consecrated ground of a Catholic cemetery, but other cemeteries may be chosen. (MARJORIE DURANTE | FC)

ORLANDO | When Air Force Captain Paul Monaghan took his life on Thanksgiving of 2002, his family was devastated. They began to question everything they had ever believed about God. Air Force investigators had no conclusive answers explaining why Paul would choose to take his life. There were no warning signs. In fact, a week prior to his death he had given a seminar on suicide prevention. One thing was certain. The tragedy left his parents distraught and angry. After years of searching for understanding, healing and peace, Charley and Diane Monaghan founded The Emmaus Retreat for Grieving Parents. On March 9, they will offer this retreat in Florida for the first time at St. James Cathedral, Orlando.

Father Miguel Gonzalez, St. James Cathedral’s rector, was interested in bringing the retreat to the diocese for several reasons. “In the years that I’ve been a priest, obviously a lot of my time is devoted to families who have lost a loved one. Particularly for a parent to experience the loss of a child is very difficult,” he said. “So I’ve always had a special connection to them and this opportunity is a chance to meet those parents where they are and provide for them some comfort, support and strength in their faith as they go through the grieving process.”

Paul was 26, but his age does not really matter. Studies show that the loss of a child has long-term effects on physical, emotional and spiritual health and this rang true for the Monaghans. Diane, who nurtured a relationship with Christ all her life sought psychiatrists, psychologists, group therapy, research about death and suicide – trying to make sense of it. It was not until she attended a “Busy Persons Retreat” at St. Anthony Shrine in Boston that she began to heal. She continued spiritual direction there for three years. “It was the first time in five years I found peace and comfort,” she said. Her spiritual director reassured her: “Paul is alive and well and at work in your life right now and you will definitely see him again. Pray to him, as well as for him.” Diane realized, “the only peace I found was in focusing on the teachings of the Catholic Church and the resurrection.”

Charley admittedly took another self-destructive path. He confesses to drinking too much and immersing himself in his work as a banker. Picking up “The Question of God” by Dr. Armand Nichols and “Mere Christianity” by C.S. Lewis, he began to put the pieces of his life back together. “My faith was only skin deep. When something like this happens, you question everything you’ve ever believed,” he said. “I read myself back into the Church.”

After much prayer, Diane thought a retreat for grieving parents based on the teachings of the Church could help others. Charley’s initial reaction was to have no part of it. “There was no way I was going into a room full of strangers and unveil myself,” said Charley. Gradually he came around. “The gifts of the Holy Spirit were poured out to me that day,” he recalls. The two found sharing their story with others who understood their particular grief, served as a healing balm to an open wound. After two years and calls from all over the country from struggling parents who heard about the retreats, the Monaghans regrouped. In 2012, under the spiritual direction of the Franciscan Friars at St. Anthony Shrine in Boston, they established The Emmaus Ministry for Grieving Parents whose children, of any age, have died by any cause, no matter how long ago. Today they are in eight dioceses in 11 states.

Father Gonzalez hopes that, “Although we may not fully grasp the pain that parents are going through, by having these opportunities for them to speak and have someone listen to them and engage with others who are on the same journey as they are, there is a level of understanding and hopefully that soothes the pain.”

“Every parish needs ways to accompany people who are grieving – especially parents who have lost a child,” said Dennis Johnson, Jr., secretary for Laity, Family and Life at the Diocese of Orlando. “This program gives parishes a proven methodology that’s simple, effective, and can be emulated anywhere.” The program is also available in Spanish.

Diane is quick to clarify, “We are not a support group. We don’t go around and ask people to tell their story. We are not a seminar or a workshop. We are here to offer spiritual nourishment.” Neither is it meant to address marital troubles or issues with children as a result of loss. “Those points are indeed real,” notes Charley. “It comes up. But all we do is provide an environment for the parent to listen and to speak with their God. And if they’re open to it, the Holy Spirit will work with them on all those issues.”

Parents of any or no faith background are welcome. Charley insists, “If their hearts are open, miracles can happen in an instant… We’re just trying to find meaning in absolute insanity. It’s an opportunity to let God touch your soul.”

By Glenda Meekins of the Florida Catholic – February 25, 2019