Pope Benedict XVI celebrated his eighty-fifth birthday on Monday, April 16. He was born in the German village of Marktl am Inn on April 16, 1927. 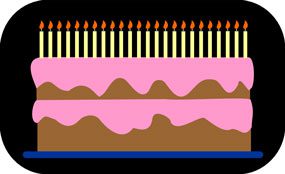 Pope Benedict XVI celebrated his eighty-fifth birthday on Monday, April 16. He was born in the German village of Marktl am Inn on April 16, 1927. On Thursday, April 19, he also celebrated the seventh anniversary of his election to the Papacy. For these two occasions, a Mass of thanksgiving was celebrated on April 16 in the Pauline Chapel of the Vatican Apostolic Palace, in the presence of members of the College of Cardinals and a group of bishops from the Pope’s native region of Bavaria.

Before the Eucharistic celebration, Cardinal Angelo Sodano, dean of the College of Cardinals, addressed some words to the Holy Father.

“Seven years ago”, he said, “the Lord called you to a great gesture of love, asking you, as one day He did Peter: ‘If you love me, feed my lambs, tend my sheep’. With the generosity you have always shown, you pronounced your ‘yes’ and thus began your Petrine ministry. Today, on the occasion of your birthday, we wish to thank you for the solicitude with which you carry out this service of love. It is no coincidence that your first Encyclical was a hymn to the Love that is God, the love which must always animate pastors, who are called to bring the light of God, the warmth of His love, into the world.

“Holy Father, may the Lord continue to remain at your side, accomplishing the promise announced by God to the just man in Psalm 90: ‘With long life I will satisfy them, and show them my salvation'”.

After presiding at the Eucharist, Benedict XVI greeted the Bavarian bishops and received a delegation from the civil authorities of that region.

Holy Father’s Homily on His Birthday

On the morning of April 17 in the Pauline Chapel of the Vatican Apostolic Palace, a Mass of thanksgiving was celebrated to mark two anniversaries the Pope is celebrating this week: his eighty-fifth birthday on 16 April, and the seventh anniversary of his election on 19 April. The Mass was attended by members of the College of Cardinals and by a group of bishops from the Pope’s native region of Bavaria.

In his homily the Pope recalled how on the day he was born and baptised the liturgy “erected three signposts showing me where the road led and helping me find it”: the feast of St. Bernardette of Lourdes, the feast of St. Benedict Joseph Labre, and Easter Saturday which in the year of the Pope’s birth fell on 16 April.

St. Bernardette grew up in “a poverty we find difficult to imagine”, he said. But “she could see with a pure and genuine heart, and Mary showed her a source … of pure, living uncontaminated water, water which is life, water which gives purity and health. … I believe we can see this water as an image of the truth which comes to us in the faith; unsimulated and uncontaminated truth. … This little saint has always been a sign for me, showing me where the living water we need comes from, the water which purifies and gives life. She has been a sign showing me how we should be. With all our knowledge and abilities, which are of course necessary, we must not lose … the simple gaze of the heart, which is capable of discerning the essential. And we must always pray to the Lord to help us retain the humility which allows the heart … to see the simple and essential beauty and goodness of God, and to find the source from which the life-giving purifying water comes”.

The Pope then turned his attention to St. Benedict Joseph Labre, who lived in the eighteenth century. “He was a rather particular saint who wandered as a mendicant from one shrine to another, wishing to do nothing but pray and so bear witness to what is important in this life: God. … He shows us that, … over and above what may exist in this world, over and above our needs and abilities, … what is essential is to know God. He alone is enough”. The life of the saint, who travelled to shrines all over Europe, “shows that the person who opens himself to God is not a stranger to the world of men, rather he finds brothers. … Only God can eliminate frontiers, because thanks to Him we are all brothers”.

“Finally there is the Paschal Mystery. On the day I was born, thanks to my parents, I was also reborn with the water of the Spirit. … Biological life is in itself a gift, yet it begs an important question. It becomes a true gift only if, together with that life, we are given a promise stronger than any misfortune that may threaten us, if life is immersed in a power which guarantees that it is a good thing to be a man, and that the person is a benefit whatever the future may bring. In this way rebirth is associated with birth, the certainty that it is good to exist because the promise is greater than the threat. This is what it means to be reborn from water and from the Spirit. … This rebirth is given to us in Baptism, but we must continually grow therein, we must ever and anew allow God to immerse us in His promise, in order to be truly reborn into the great new family of the Lord, which is stronger than all our weaknesses and all the negative powers that threaten us. That is why today is a day of thanksgiving.

“The day I was baptized … was Easter Saturday. At the time it was still customary to hold the Easter vigil in the morning, followed by the darkness of Easter Saturday without a Hallelujah. This singular paradox, this anticipation of light in a day of darkness, can almost be seen as an image of the history of our own times. On the one hand there is the silence of God and His absence, yet the resurrection of Christ contains an anticipation of God’s ‘yes’. We live in this anticipation, through the silence of God we hear His words, and through the darkness of His absence we glimpse His light. The anticipation of the resurrection in the midst of evolving history indicates the path we must follow and helps us to continue the journey”.

“I am in the final stage of my life journey and I do not know what awaits me. However, I do know that the light of God exists, that He rose again, that His light is stronger than all darkness, that the goodness of God is stronger than all the evil in this world. This helps me to continue with confidence. This helps us to continue, and I would like to thank everyone who, through their faith, continually makes me aware of God’s ‘yes’.”