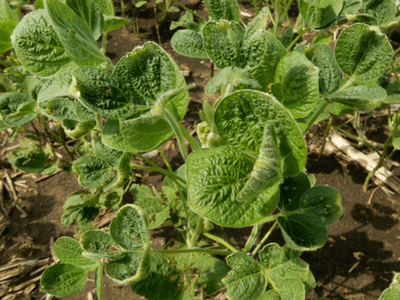 Catholic Rural Life has followed media reports about the growing controversy surrounding the herbicide dicamba. This weedkiller has been around for decades, but biotech companies are now selling new soybean and cotton varieties that have been genetically altered to tolerate it.

The problem, according to reports, is that dicamba doesn’t always stay where it is supposed to. Crops not engineered to tolerate dicamba are suffering damages if planted in the path of the drifting herbicide. Read more about the dicamba dilemma here.

American farmers produce abundant food, but we also know that many people in rural America face hunger and don’t always know where their next meal is coming from. Food banks and public food assistance programs need our continued support in the Farm Bill.

“Despite this, the social and economic conditions in these areas have not improved as much as they have in other parts of the country. If they were, we wouldn’t have, by the most recent count, more than 42 million people who are food insecure nationwide.”

There is clear and certain need to maintain support and funding for federal programs like SNAP (formerly known as the Food Stamp Program) in the Farm Bill.