The Council of Cardinals for the Study of Organisational and Economic Problems of the Holy See met in the Vatican from 30 June to 1 July, under the presidency of Cardinal Secretary of State Tarcisio Bertone S.D.B. 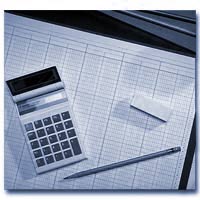 The Council of Cardinals for the Study of Organisational and Economic Problems of the Holy See met in the Vatican from 30 June to 1 July, under the presidency of Cardinal Secretary of State Tarcisio Bertone S.D.B.

A communique published today explains that the Holy See consolidated financial statements for 2010, presented to the cardinals during the meeting by Cardinal Velasio De Paolis C.S., president of the Prefecture for the Economic Affairs of the Holy See, closed with a surplus of 9,848,124 euro, the difference between an income of 245,195,561 euro and outgoings of 235,347,437 euro.

“The 2010 statement”, reads the communique, “notwithstanding elements of uncertainty and instability due to the world economic-financial situation, would appear to reinforce the positive tendency that emerged in the financial year 2009 which, moreover, had already absorbed the negative effects deriving from the great financial crisis of 2008”.

The outgoings are due above all to the ordinary and extraordinary expenses of the dicasteries and offices of the Holy See, which in 2010 employed 2,806 people, as compared with the 2,762 employees in 2009.

The meeting also examined the consolidated financial statements of the Governorate of Vatican City State for 2010, which show a surplus of 21,043,000 euro, the difference between an income of 255,890,112 euro and outgoings of 234,847,011 euro. “This result has been achieved”, the communique explains, “thanks to the excellent performance of the Vatican Museums (in particular the increased number of visitors, a countertendency with respect to the crisis in the world tourism sector) and the recovery of the financial markets”. A total of 1,876 people work under the jurisdiction of the Governorate.

As usual the financial statements have been submitted for verification and certification.

The communique highlights how “the Governorate, the administration of which is independent from the Holy See and from other institutions, supervises the economic requirements and territorial administration of the State, supplying the necessary support structures to the Apostolic See and its activities. In particular, the Governorate is responsible for the maintenance and conservation of what can rightly be considered as one of humanity’s most important historical and artistic treasures”.

Finally the consolidated financial statements of Peter’s Pence were also presented. This fund consists of offers made to the Holy Father by the particular Churches, especially for the Solemnity of Sts. Peter and Paul, and contributions by institutes of consecrated life, societies of apostolic life, foundations and various members of the faithful. In total of 67,704,416 U.S. dollars was raised, a decrease with respect to last year. “The largest contributions came from Catholics in the , and . Particularly significant, considering the number of Catholics, were the contributions from and “.

Bishops, depending on their resources and in keeping with canon 1271 of the Code of Canon Law, donated 27,362,258 U.S. dollars, which also represents a decrease with respect to last year.

The communique concludes by noting that the Institute for Works of Religion (IOR) donated some 55 million euros for the activities of the Holy Father.