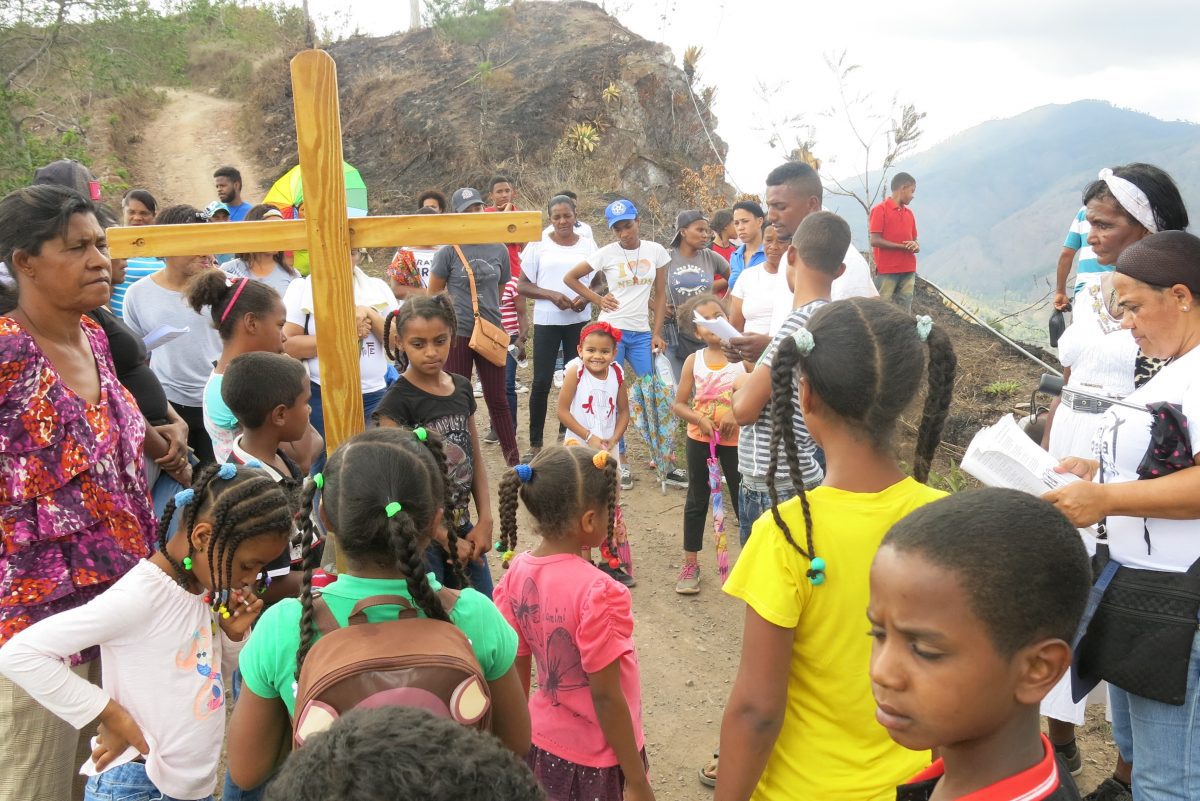 The community of La Cucarita makes the Via Crucis, the Way of the Cross, on Good Friday, after the reading of the Passion and Adoration of the Cross, as is tradition in every chapel. In the case of La Cucarita, it is a one- hour journey up the hill to the “alto”, the high spot on the hill where there is a huge cross planted on the top (erected by a diocesan construction mission group years ago). The cross is given to a different person each segment to carry. Once joined by the communities of Los Frios and Los Guayuyos, the final station is prayed. (FR. FRED RUSE)

DOMINICAN REPUBLIC | In the mountains of Dominican Republic, Good Friday is the only day of the year when no one mounts and rides a mule, thinking of the death of Jesus. This is just one of the Holy Week rituals of these humble people in the Dominican Republic, unknown to most of the world. “These moments are invisible to the world; yet they are part of a series of events all week leading up to Easter Sunday,” said Father Fred Ruse who served as pastor of the community for more than a decade. Now retired, he still returns to visit with the communities he helped guide. This time, the trip was organized by newly ordained Deacons Jesus “Nilson” Delgado and Manuel “Yadil” Díaz, and other mountain community leaders.

“In the early morning hours of Good Friday, La Cueva, like many communities, rises before dawn and in silence, forming two separate groups of women and men, who make their way down to the river,” explained Father Ruse. “At the river everyone scatters to a place along the edge to bathe, all in silence, recalling the cleansing accomplished by the death of Jesus.” For the entire day, “… no one cuts grass or anything else— thinking of the scourging and suffering Jesus endured.” For Father Ruse, it is always an extraordinary experience. “Alongside the traditional rituals and gestures, it is also a unique moment to be immersed in a very original, virtually unknown, spirituality.”

These men and women have been part of the mission of the Diocese of Orlando since it adopted the Diocese of San Juan de la Maguana as a sister diocese. The Diocesan Mission Office has been in these mountains for more the 20 years, building homes in the mountain region of Las Lomas, in La Cucarita building schools, in Los Frios, and beyond.

During Holy Week, Father Ruse attended the Chrism Mass in San Juan de la Maguana and had a day set aside to visit many of the sick in three of the mission communities: Los Frios, Los Jengibres and Los Montacitos.

“A high point of the accumulated ‘events’ was that on the afternoon of Easter Sunday for the first time since November 2018, it rained. The communities had suffered a very severe draught which was a serious blow as they are communities based on the economy of farming,” explained Father Ruse. “The only water for their crops comes from God. On Easter Sunday afternoon, God sent the rain…and it continued to come every day after. The folks immediately began to plant.”

The following are photos illustrating the Holy Week traditions of these modest communities. 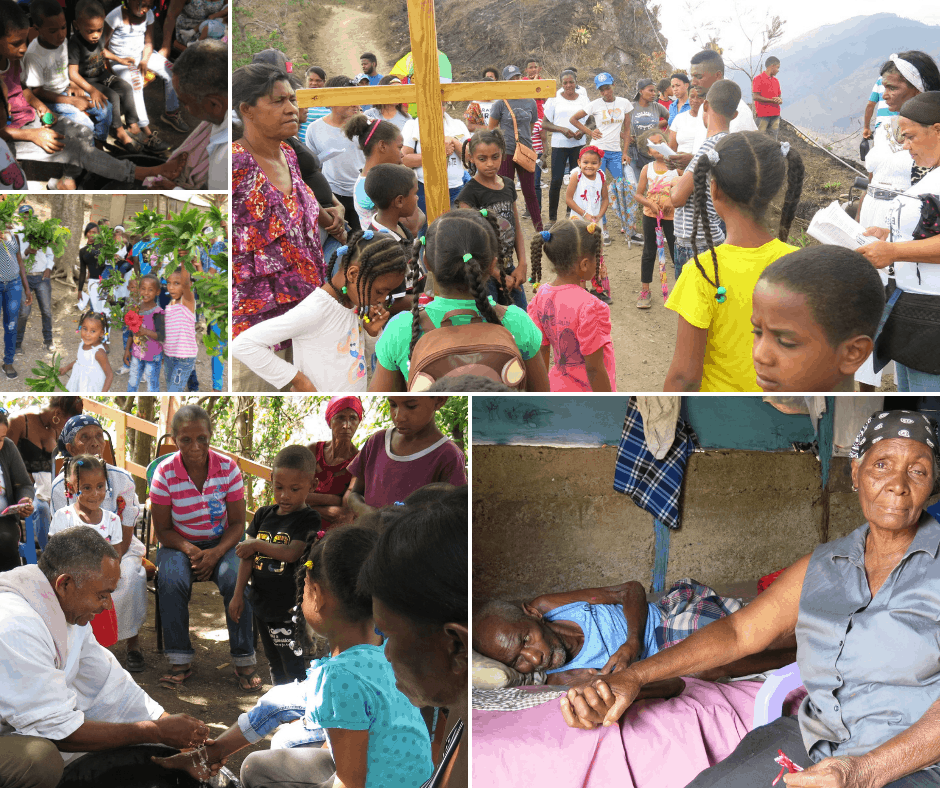