How to raise kids who stay Catholic 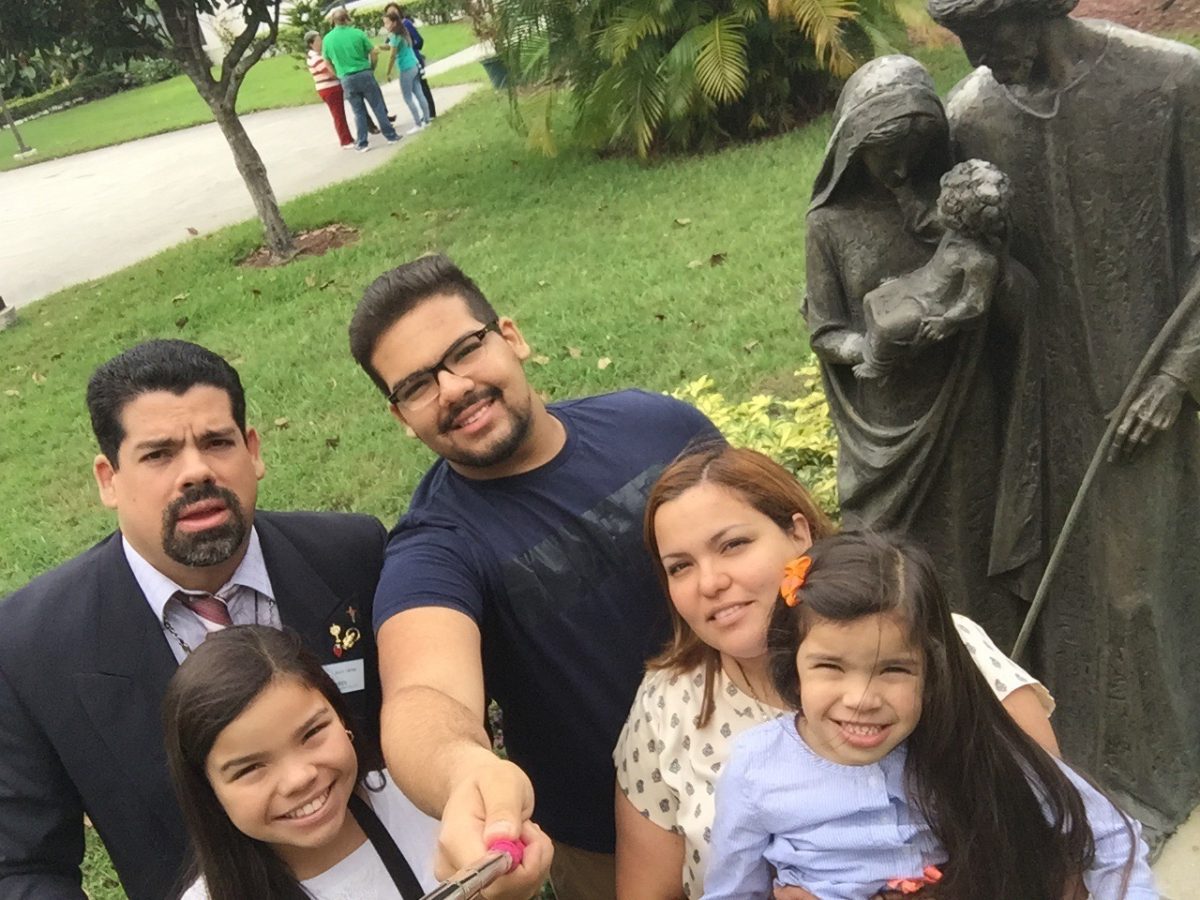 ORLANDO | You hear it frequently. Parents and grandparents lamenting their children no longer go to Mass or practice the faith. Studies from the Center for Applied Research in the Apostolate (CARA) and others validate the disheartening truth that young people are leaving the Church in large numbers. That reality launched the Secretariat of Laity, Family and Life to host a three-part webinar in English, and now Spanish to help parents “Raise Kids Who Stay Catholic”, or Criar Hijos Que Se Mantengan Católicos. The series, hosted on Facebook, is designed to assist families in raising children who remain Catholic— providing hope for parents trying to do their part in evangelizing their children.

Carlos Bernard, director of youth ministry for the Diocese of Orlando was glad to see the series offered in Spanish. “This engagement was surely needed with the Hispanic families of our Diocese,” he said. Bernard, who speaks to parents throughout the nine counties of the diocese, has heard their concerns and sadness over children who no longer practice Catholicism. Many feel they failed their children, while others ask what else they can do.

Webinar host and moderator, Lydia Britton, of Holy Cross Parish in Orlando agreed. “Often times, in the Spanish community, most of them are born and raised Catholic. To them, being Catholic is automatic. But the focus of raising kids who remain Catholic is different,” she said.

“We find that fully one-half of youth who self-identified as Catholic as teenagers no longer identified as Catholics 10 years later, in their 20s. That is a 50 percent loss through attrition in one decade. If that number is not grim, I do not know what is,” said Dr. Christian Smith, an American sociologist, and professor at the University of Notre Dame, to the National Catholic Reporter in 2015. Five years later, the news is just as disheartening.

Using Smith’s study as a platform for conversation, Britton explained, “The (webinar) focus was on why do parents want to pass their faith on to their children. How do they anticipate doing that?” What came to light was, “Why they want to pass it on comes from their own personal view or experience of religion and faith in their lives. The study (Dr. Smith’s) showed this as well. Whenever you think of raising your child in the faith, you relate it to your own faith experience.”

So how does one pass on the faith? Britton noted, “We do that, first, by making sure they have knowledge of their faith – providing the proper resources, remaining active in the community, in parish life, and preparing them for Sacramental life. Aside from that, the most important thing is living the faith itself. Living it at home, being true testimonies of that faith under all circumstances in family life.

“What we found was most parents, when they’re in a situation at home, they’re not thinking about that. They’re thinking about everything else. They’re thinking about them growing in the faith by going to church, attending Mass, and receiving the Sacraments. They find it difficult. Why they find it difficult is another question.” She said parents find the task of modeling hard, “Because of a lack of understanding and a lack of true knowledge about their faith. This is where it ties in beautifully to the faith formation aspect—not just on the parish level, but on the home level.”

Mariana Dominguez and her husband, Moisés, joined Britton for the first webinar in the series, July 15. They have three children, ages 20, 15 and 10. “For us, we never really struggled in trying to raise our children as Catholics,” Mariana said. “We always taught them God is first and they accepted to practice our Catholic faith with no issues. They, all three, had or have served in our parish.” Her experience echoes Britton’s findings. “The example we, as parents, give to our kids is that it’s so important for them to build the love of God and to serve God in helping others. It’s important we, as parents, talk to our kids with the truth always. They will always find out what is the reality and it is important they know we were sincere and that we always speak with the truth.”

Venezuelans Mariana and Moisés offered suggestions for modeling Catholicity to help families raising children in the faith. “Take them to Adoration and explain to them God is really present there and we can speak to Him as our Father, to have confidence in Him.” She also offered, “Some of (the kids) were praying the rosary and we did all the prayers with them in English or bilingual; going to Mass in English so they can understand the homily better. We understand that they were born here. They speak English the majority of the time (school, friends, teachers, etcetera). Their religious education classes are in English also and at the end of the day, that’s the language they are more comfortable with – speaking and listening.”

There was also an emphasis on the need to use age appropriate materials – children’s bibles and books that teach the faith. Being an active part in sharing those things and relating them to the parents’ own life helps children make the connection that this is ongoing—a way of life. Establishing your own unique, Catholic family culture is considered one of the essential steps to helping your children fall in love with the faith.

Ongoing faith formation through bible studies, daily prayer, retreats, and small group faith studies help parents continue their education, grow in knowledge and understanding of why they do what they do as Catholics, enabling them to better explain specifics when children reach adolescence and begin questioning their beliefs. “We have to prepare ourselves first, so we can teach our kids about being better Catholics,” explained Mariana.

In an ever-increasing world where money and recognition define success and being self-made is synonymous with separation from organized religion or anything that might imply a lack of total self-reliance, the current generation needs Catholic mentors and faithful witnesses of a life lived in faith.

Parts two and three will continue the conversation in Spanish. More than 4,000 people tuned in or watched recordings of the webinars in English and so far, almost 1,000 viewed part one of the Spanish series.

“This evening was a learning experience for all,” noted Bernard, the secretariat’s youth ministry director. “To be able to listen to a true authentic family brought a meaningful connection to understand, listen and accompany other families in this journey of sharing the faith with their children. Plus, to be able to listen to this segment brought back memories of what I learned and celebrated in my own faith growing up with my grandmother. My parents taught me well, but there’s nothing like a grandmother teaching true faith connections,” he said smiling. It goes to show, it is a family affair.

Tune in Aug. 5, 8:30 p.m., on Secretariat for Laity, Family, and Life Facebook page. You can register at https://criarhijoscatolicos20200805.eventbrite.