Human Ecology Is an Imperative

The Holy Father gave one speech addressing all the new diplomats and then gave letters to each individually, which addressed the specific nations they represent.

In his introductory speech, referring to the “innumerable tragedies that have affected nature, technology, and the peoples” in the first semester of this year, Benedict XVI noted that “the States should reflect together on the short term future of the planet, on our responsibilities regarding our life and technology”. 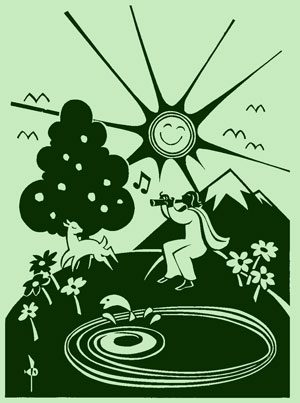 The Holy Father gave one speech addressing all the new diplomats and then gave letters to each individually, which addressed the specific nations they represent.

In his introductory speech, referring to the “innumerable tragedies that have affected nature, technology, and the peoples” in the first semester of this year, Benedict XVI noted that “the States should reflect together on the short term future of the planet, on our responsibilities regarding our life and technology”.

“Human ecology”, he emphasized, “is an imperative. Adopting a lifestyle that respects our environment and supports the research and use of clean energies that preserve the patrimony of creation and that are safe for human beings should be given political and economic priority”.

The Pope highlighted that “a change in mentality” is necessary in order to “quickly arrive at a global lifestyle that respects the covenant between humanity and nature, without which the human family risks disappearing. … Every government must commit themselves to protecting nature and assisting it to carry out its essential role in the survival of humanity. The United Nations seem to be the natural framework for this type of reflection, which should not be obscured by blindly partisan political or economic interests in order to give preference to solidarity over particular interests”.

“It is also helpful to ask ourselves”, he continued, “about the appropriate role of technology” because “believing it is the exclusive agent of progress or happiness carries a reification of humanity that leads to blindness and misery. … Technology that dominates human beings deprives them of their humanity. The pride that it generates has created an impossible economism in our societies as well as a hedonism that subjectively and selfishly regulates behavior.  The debilitation of the primacy of the human person provokes a loss of the meaning of life”.

Benedict noted that “it is urgent that we match technology with a strong ethical dimension. … Technology should help nature develop along the lines envisioned by the Creator. In working together, the researcher and the scientist adhere to God’s plan that desired humanity as the apex and the administrator of creation. Solutions based on this principle will protect human life and its vulnerability, as well as the rights of the present and future generations”.

“The governments should promote a humanism that respects the spiritual and religious dimension of human persons. The dignity of the human person does not vary with changes in opinion. Respecting human aspirations to justice and peace allow the construction of a society that promotes itself when it sustains the family or when it refuses, for example, the exclusive primacy of finance”.

The Pope concluded by drawing attention to the fact that “social life should be considered, above all, as a reality of the spiritual order. Politicians in charge have the mission of guiding persons to human harmony and the wisdom they so desire, which should culminate in religious freedom, a true sign of peace”.

In his letter to the ambassador of Moldavia, after supporting their bid for entry into the “common European house”, the Pope expressed his pleasure of Syria’s “juridical recognition of the Catholic Church, its progressive organization, and the construction of new churches, including the cathedral. These are acts that demonstrate the excellence of the dialogue and collaboration between the civil institutions and the Catholic Church”. At the same time, the Holy Father invited the Moldavian authorities to resolve some problems remaining from the past and to “find satisfactory, just, and equitable solutions regarding confiscated ecclesiastic patrimony in order to allow the Catholic Church to provide the means to carry out her mission, not only in the religious sphere but also the educational, health, and charitable ones”.

“In perfecting a society and in implementing new structures capable of giving it a more flexible character, the encouraging presence of the Church is not absent to the sons and daughters of Equatorial Guinea, instilling the light of faith in Christ”, Benedict XVI wrote to the nation’s ambassador. “The efforts carried out to recuperate and restructure many places of worship”, he added, “must be noted with great satisfaction. Also noteworthy are the business initiatives for improving living conditions of the citizens, especially those who experience great difficulty living in a dignified way”.

In his letter to the diplomatic representative of Belize, the pontiff emphasized that “freedom of religion and freedom of worship allow believers to flourish as individuals and to contribute positively and fully to the life of the country in every sphere of human activity.  May your country, Mr. Ambassador, be an example in this regard to its neighbors and to those who would seek to diminish the consequences of such rights and their corresponding values!”

“Syria has traditionally been an example of tolerance, concord, and harmonious relations between Christians and Muslims and today the ecumenical and interreligious relations are good”, the Pope wrote to the Syrian ambassador, then observing that “the events of the past months in some nearby Mediterranean countries, Syria among them, demonstrate the desire for a better future in the areas of political, economic, and social life. Nevertheless, it is greatly desirable that this evolution not take place in a climate of intolerance, discrimination, or conflict and, sill less, of violence but rather in a climate of absolute respect for the truth, for co-existence, for the legitimate rights of the person and the collective, and of reconciliation. These are the principles that should guide the authorities, keeping always in mind the aspiration of civil society and international directives”.

In his letter to the ambassador of Ghana, the Holy Father spoke of the capacity the country has shown to rapidly “overcome certain obstacles in order to make steady economic, social and political progress”. He hoped that this process “be crowned by the positive outcome of the ongoing constitutional consultation, in such a way that the nation’s legislative and administrative framework will consolidate a culture of responsible and active participation in the development of the country in freedom, justice and solidarity”.

Finally, the Pope expressed his solidarity with those affected by the earthquake that struck Christchurch last 22 February in his letter to the representative of New Zealand and noted that “due to its geographical position … some neighboring countries, including the Small Island Developing States, look to New Zealand as an example of political stability, rule of law and high economic and social standards. … This gives your country a particular moral responsibility. Faithful to the best of its traditions, is called to use its position of influence for the peace and stability of the region, the encouragement of mature and stable democratic institutions, and the fostering of authentic human rights and sustainable economic development”.