Human Mobility Finds Its Apex in Jesus, Foreigner in the World of Men 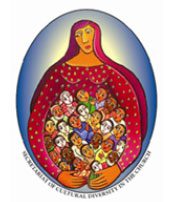 The first message of Pope Francesco for World Day of Migrants and Refugees, which will be celebrated on 19 January 2014, will focus on “Migrants and Refugees: Towards a Better World”, a theme inspired by the hope of all people for a better future in an historical moment which sees the greatest migratory flows of all times. 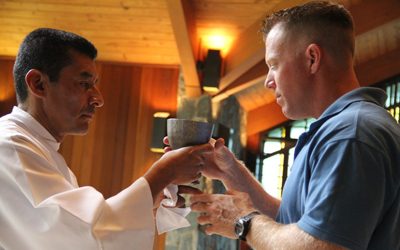 The first message of Pope Francesco for World Day of Migrants and Refugees, which will be celebrated on 19 January 2014, will focus on “Migrants and Refugees: Towards a Better World”, a theme inspired by the hope of all people for a better future in an historical moment which sees the greatest migratory flows of all times. The full English-language text of the message, dated 5 August 2013, is published below:

“Our societies are experiencing, in an unprecedented way, processes of mutual interdependence and interaction on the global level. While not lacking problematic or negative elements, these processes are aimed at improving the living conditions of the human family, not only economically, but politically and culturally as well. Each individual is a part of humanity and, with the entire family of peoples, shares the hope of a better future. This consideration inspired the theme I have chosen for the World Day of Migrants and Refugees this year: Migrants and Refugees: Towards a Better World.

“In our changing world, the growing phenomenon of human mobility emerges, to use the words of Pope Benedict XVI, as a ‘sign of the times’. While it is true that migrations often reveal failures and shortcomings on the part of States and the international community, they also point to the aspiration of humanity to enjoy a unity marked by respect for differences, by attitudes of acceptance and hospitality which enable an equitable sharing of the world’s goods, and by the protection and the advancement of the dignity and centrality of each human being.

“From the Christian standpoint, the reality of migration, like other human realities, points to the tension between the beauty of creation, marked by Grace and the Redemption, and the mystery of sin. Solidarity, acceptance, and signs of fraternity and understanding exist side by side with rejection, discrimination, trafficking and exploitation, suffering and death. Particularly disturbing are those situations where migration is not only involuntary, but actually set in motion by various forms of human trafficking and enslavement. Nowadays, ‘slave labour’ is common coin! Yet despite the problems, risks and difficulties to be faced, great numbers of migrants and refugees continue to be inspired by confidence and hope; in their hearts they long for a better future, not only for themselves but for their families and those closest to them.

“What is involved in the creation of ‘a better world’? The expression does not allude naively to abstract notions or unattainable ideals; rather, it aims at an authentic and integral development, at efforts to provide dignified living conditions for everyone, at finding just responses to the needs of individuals and families, and at ensuring that God’s gift of creation is respected, safeguarded and cultivated. The Venerable Paul VI described the aspirations of people today in this way: ‘to secure a sure food supply, cures for diseases and steady employment… to exercise greater personal resonsibility; to do more, to learn more, and have more, in order to be more’.

“Our hearts do desire something ‘more’. Beyond greater knowledge or possessions, they want to ‘be’ more. Development cannot be reduced to economic growth alone, often attained without a thought for the poor and the vulnerable. A better world will come about only if attention is first paid to individuals; if human promotion is integral, taking account of every dimension of the person, including the spiritual; if no one is neglected, including the poor, the sick, prisoners, the needy and the stranger; if we can prove capable of leaving behind a throwaway culture and embracing one of encounter and acceptance.

“Migrants and refugees are not pawns on the chessboard of humanity. They are children, women and men who leave or who are forced to leave their homes for various reasons, who share a legitimate desire for knowing and having, but above all for being more. The sheer number of people migrating from one continent to another, or shifting places within their own countries and geographical areas, is striking. Contemporary movements of migration represent the largest movement of individuals, if not of peoples, in history. As the Church accompanies migrants and refugees on their journey, she seeks to understand the causes of migration, but she also works to overcome its negative effects, and to maximize its positive influence on the communities of origin, transit and destination.

“While encouraging the development of a better world, we cannot remain silent about the scandal of poverty in its various forms. Violence, exploitation, discrimination, marginalization, restrictive approaches to fundamental freedoms, whether of individuals or of groups: these are some of the chief elements of poverty which need to be overcome. Often these are precisely the elements which mark migratory movements, thus linking migration to poverty. Fleeing from situations of extreme poverty or persecution in the hope of a better future, or simply to save their own lives, millions of persons choose to migrate. Despite their hopes and expectations, they often encounter mistrust, rejection and exclusion, to say nothing of tragedies and disasters which offend their human dignity.

“The reality of migration, given its new dimensions in our age of globalization, needs to be approached and managed in a new, equitable and effective manner; more than anything, this calls for international cooperation and a spirit of profound solidarity and compassion. Cooperation at different levels is critical, including the broad adoption of policies and rules aimed at protecting and promoting the human person. Pope Benedict XVI sketched the parameters of such policies, stating that they ‘should set out from close collaboration between the migrants’ countries of origin and their countries of destination; they should be accompanied by adequate international norms able to coordinate different legislative systems with a view to safeguarding the needs and rights of individual migrants and their families, and at the same time, those of the host countries’. Working together for a better world requires that countries help one another, in a spirit of willingness and trust, without raising insurmountable barriers. A good synergy can be a source of encouragement to government leaders as they confront socio-economic imbalances and an unregulated globalization, which are among some of the causes of migration movements in which individuals are more victims than protagonists. No country can single-handedly face the difficulties associated with this phenomenon, which is now so widespread that it affects every continent in the twofold movement of immigration and emigration.

“It must also be emphasized that such cooperation begins with the efforts of each country to create better economic and social conditions at home, so that emigration will not be the only option left for those who seek peace, justice, security and full respect of their human dignity. The creation of opportunities for employment in the local economies will also avoid the separation of families and ensure that individuals and groups enjoy conditions of stability and serenity.

“Finally, in considering the situation of migrants and refugees, I would point to yet another element in building a better world, namely, the elimination of prejudices and presuppositions in the approach to migration. Not infrequently, the arrival of migrants, displaced persons, asylum-seekers and refugees gives rise to suspicion and hostility. There is a fear that society will become less secure, that identity and culture will be lost, that competition for jobs will become stiffer and even that criminal activity will increase. The communications media have a role of great responsibility in this regard: it is up to them, in fact, to break down stereotypes and to offer correct information in reporting the errors of a few as well as the honesty, rectitude and goodness of the majority. A change of attitude towards migrants and refugees is needed on the part of everyone, moving away from attitudes of defensiveness and fear, indifference and marginalization – all typical of a throwaway culture – towards attitudes based on a culture of encounter, the only culture capable of building a better, more just and fraternal world. The communications media are themselves called to embrace this ‘conversion of attitudes’ and to promote this change in the way migrants and refugees are treated.

“I think of how even the Holy Family of Nazareth experienced initial rejection: Mary ‘gave birth to her first-born son, and wrapped him in swaddling clothes, and laid him in a manger, because there was no place for them in the inn’. Jesus, Mary and Joseph knew what it meant to leave their own country and become migrants: threatened by Herod’s lust for power, they were forced to take flight and seek refuge in Egypt. But the maternal heart of Mary and the compassionate heart of Joseph, the Protector of the Holy Family, never doubted that God would always be with them. Through their intercession, may that same firm certainty dwell in the heart of every migrant and refugee.

“The Church, responding to Christ’s command to ‘go and make disciples of all nations’, is called to be the People of God which embraces all peoples and brings to them the proclamation of the Gospel, for the face of each person bears the mark of the face of Christ! Here we find the deepest foundation of the dignity of the human person, which must always be respected and safeguarded. It is less the criteria of efficiency, productivity, social class, or ethnic or religious belonging which ground that personal dignity, so much as the fact of being created in God’s own image and likeness and, even more so, being children of God. Every human being is a child of God! He or she bears the image of Christ! We ourselves need to see, and then to enable others to see, that migrants and refugees do not only represent a problem to be solved, but are brothers and sisters to be welcomed, respected and loved. They are an occasion that Providence gives us to help build a more just society, a more perfect democracy, a more united country, a more fraternal world and a more open and evangelical Christian community. Migration can offer possibilities for a new evangelization, open vistas for the growth of a new humanity foreshadowed in the paschal mystery: a humanity for which every foreign country is a homeland and every homeland is a foreign country.

“Dear migrants and refugees! Never lose the hope that you too are facing a more secure future, that on your journey you will encounter an outstretched hand, and that you can experience fraternal solidarity and the warmth of friendship! To all of you, and to those who have devoted their lives and their efforts to helping you, I give the assurance of my prayers and I cordially impart my Apostolic Blessing”.