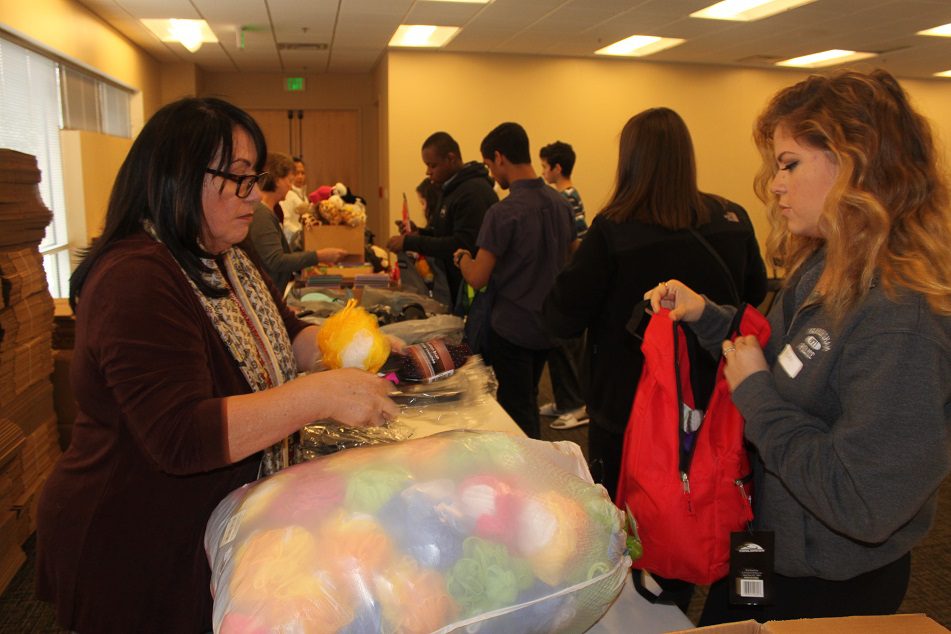 Katariina Rosenblatt was 13 years old when she experienced her first brush with sex trafficking in South Florida. She met a 19-year-old girl, who lured her into a false sense of friendship and tried to sell her to a 65-year-old man for $550.

She attributed escaping her first encounter through the grace of God, but then was introduced to sex trafficking a second time as a middle school student. She was invited to a sleepover at a friend’s house, where the father provided drugs and alcohol to the teens and later sold them for sex.

“It starts in a broken home and abusive homes,” she said. “It starts with vulnerability and not knowing the difference between safe and unsafe love.”

Rosenblatt, who was eventually rescued from that situation, has since earned her PhD in conflict analysis and resolution and works closely with law enforcement agencies to eliminate human slavery. She shared her story with more than 400 attendees during the first Diocesan-wide Human Trafficking Symposium, which took place at Holy Family Catholic Church on Jan. 20. The event was designed to bring about awareness to one of the fastest growing crimes in the United States. Sadly, Orlando ranks third in the nation for human trafficking phone calls.

Denise Galloway, a parishioner at Holy Family and member of the Council of Catholic Women, said the idea to hold a symposium came about two years ago, but because of financial constraints it didn’t come to fruition until this past year. Father John Giel allowed the ministries to come together, and along with the support of the Diocese of Orlando Human Trafficking Task Force, it became reality.

“This issue is about love and mercy and about the dignity of being a child of God,” she said. “Human Trafficking steals that away from our society.”

Rosenblatt said the target age for sex trafficking, is between 12 and 14 with one in three middle school students and one in nine high school students being actively recruited through social media.

“Know who your kids’ friends are and know who they are talking to,” Rosenblatt said. “You’re there to be their parent first and not their friend.”

Special Agent Jose Ramirez with the Florida Department of Law Enforcement said the people who are recruiting victims of human trafficking can range from a 14-year-old girl to an 80-year-old man, that makes identifying the perpetrators difficult.

“They try to be discreet. They try to look like me and you,” said Ramirez, who encourages anyone who sees something suspicious to call 911.

People can also call the National Human Trafficking Hotline — 888-3737-888 — if they see signs of human trafficking which include:

“You can make a difference,” Rosenblatt said. “Most law enforcement cases come from tips from residents.”

Jeff McDade, an Orlando resident who attended the symposium, said he had heard of human trafficking but never really paid too much attention to it because he didn’t know what signs to look for. He plans to be more alert in the future.

“I’m going to educate myself on what’s going on in the local area and be more aware when I’m out there feeding the hungry and homeless,” he said.

Human trafficking is a $150 billion dollar industry with nearly 40 million victims, including men and boys who are forced into labor and sex trafficking. Deacon Dave Gray, the Diocese of Orlando Coordinator Ministry to the Incarcerated and the Fight against Human Trafficking, said people also can make a difference by not buying products made from child and slave labor, such as coffee and chocolate.

“Our decisions have to change,” Deacon Gray said. “We look for the best deal, but the best deal comes with a slavery footprint. We can’t just hide our heads and think this is going away. We need to step in. You have to take action.”

“When you view pornography, you are contributing to sex trafficking,” he said. “We have to change society so that means each one of us has to live differently. This can’t be fixed just by rescuing and prosecuting.”

Deacon Gray encouraged the youth to take action by forming clubs in their school and living a moral life. The teens also helped by filling 100 backpacks with toiletries, stuffed animals and blankets among other items to give to law enforcement for human trafficking survivors.

Velma Cottle, a Holy Family parishioner who attended the symposium with her two children, said it made her realize human trafficking is not as distant a problem as she thought.

“I will definitely be talking to people as it comes up, looking at products and praying for this issue,” she said.