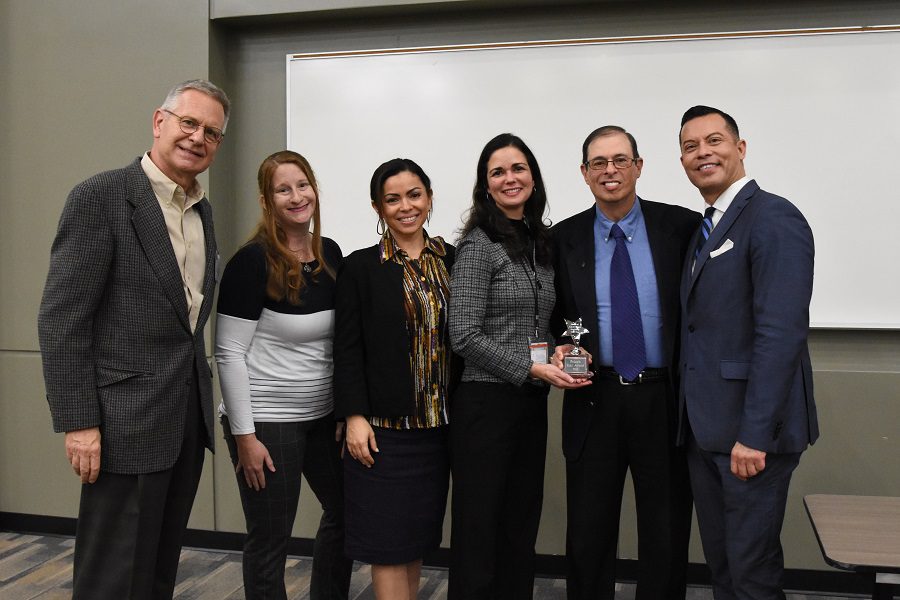 ORLANDO | The Diocese of Orlando Human Trafficking Task Force began in earnest in 2014 under the direction of Deacon Fred Molina. The team’s effort to train and educate the community to detect human trafficking victims and become aware of products using trafficked labor at their source garnered them the Community Advocate Polaris Star Award, Jan. 24. This is the second time the task force has been recognized for its efforts.

The award is bestowed by the Greater Orlando Human Trafficking Task Force, an organization that serves victims and survivors and seeks to educate Central Florida communities about human trafficking.

Most recently, the diocese’s human trafficking task force continued to fight for the freedom of trafficking victims by walking with survivors along their recovery journey. Achieved through the addition of a full-time coordinator at Catholic Charities of Central Florida, Christine Commerce, the hope is to extend behavioral health services, access to healthcare, free clinics, food and immigration programs to survivors.

Although the vision for the task force remains much the same, ‘To bring an end to human trafficking through awareness to all community members,’ the mission has been updated. “Our mission is to educate, engage and empower the community to advocate for an end to human trafficking and provide support to survivors,” said Commerce. She explained that, her second day on the job, calls began streaming in as survivors requested assistance. It made sense to offer the services already established through Catholic Charities.

2018 was the first year the diocesan task force hosted a day-long conference providing workshops for the public. There are now 80 members on the task force who train people in our parishes and schools to recognize labor and sexually trafficked individuals and how to help them. Additionally, the United States Conference of Catholic Bishops uses the diocesan model nationwide to set up other task forces.

The task force received the Community Advocate Polaris Star Award in recognition of these and other efforts to combat human trafficking in Central Florida. Deacon Molina credited their success by acknowledging, “Without God’s guidance, our prayers, and support we would not have been able to have made an impact. We followed Pope Francis’ directive to go out into the world and make a difference in the fight against human trafficking.”

“This award validates the tremendous effort the task force has put forward to educate individuals on how to prevent human trafficking,” said Commerce. “Through our partnership with local agencies, law enforcement and legal services; we are able to further address this affront to human dignity.”

By Glenda Meekins of the Florida Catholic – January 2019