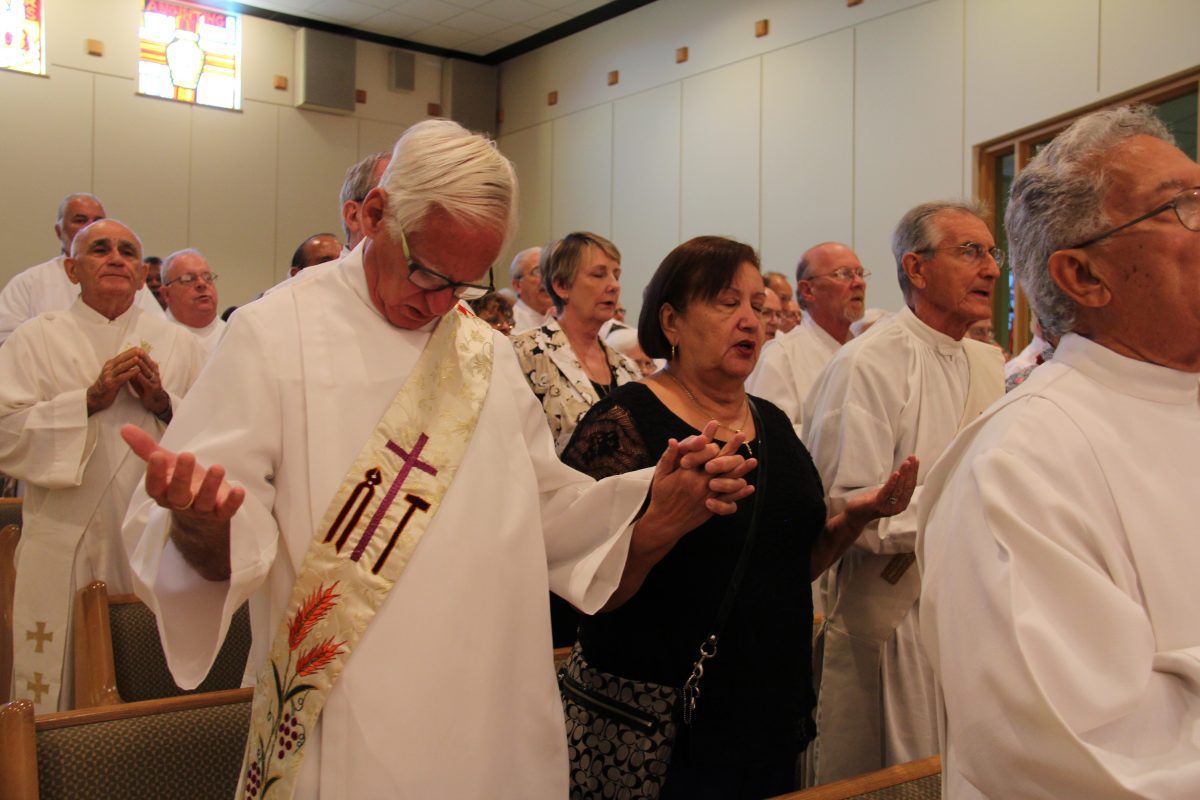 Since the worst shooting attack in America on June 12, Catholic Charities of Central Florida has been working in the background to help victims, survivors, and family members in whatever way possible.

Just hours after the shooting, six bilingual staffers from Catholic Charities arrived at the Hampton Inn in downtown Orlando, a meeting place for family and friends of the victims. Deacon David Gray of the Diocese of Orlando was coordinating a pastoral response to the crisis and spread word about the need for Spanish speaking translators. This selfless team of six didn’t think twice about going where they were needed.

Maria Torres was one of them. She is an accredited representative for Comprehensive Refugee Services at Catholic Charities of Central Florida who was there as families arrived to find out if their loved ones had survived or tragically perished when a gunman opened fire at the Pulse nightclub in Downtown Orlando. She was there to help translate for Spanish speakers, offer support and consolation to victim’s families.

“It was something I needed to do. It could have been me. I could have been the parent, sibling or friend searching for their loved one. This realization gives me sensitivity for others. When I received the call to help from our leaders at Catholic Charities, I did not hesitate to go and help,” said Torres.

She saw the raw emotion unfold and felt called to be the the face of compassion and the merciful heart of Jesus Christ to grieving family and friends.

“I was there to support, console and gather in prayer with the victim’s families and friends waiting for the news about their loved ones. I was there to help them hold onto hope. I was there when officials began to announce the names of people going to the hospital. There was screaming and crying as families and friends heard or didn’t hear their loved ones name. I helped console a man and his family while they waited for news about his brother. Together we held hands and prayed in a circle,” said Torres.

Catholic Charities continues to fill a need in the community. Orange County officials have called on Catholic Charities Immigration Services to help families of victims who are out of the country to arrive in the U.S. for funerals. Their Family Stability program is also providing funds to help with funeral costs for family members.

“We are serving in the background. We are the mortar that connects the bricks to help people put their lives back together. You can’t rebuild without mortar. We are trying to help each family with their individual needs,” said Gary Tester, executive director, Catholic Charities of Central Florida.

They have established a fund with $20,000 to help the victims and also are asking for donations to help meet the needs. To donate, visit www.cflcc.org and visit the donate page. In the comments box, indicate “support victims of shooting.”

In the midst of tragedy, Catholic Charities has received calls of support from people around the country. Supporters from Maryland have knitted prayer shawls and are sending them to Orlando for distribution to victims and loved ones so they know that many are praying for them in their time of need.