Is Rural the New “Inner City”? 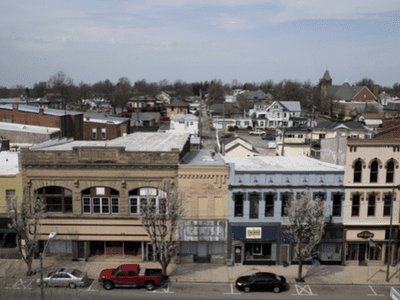 An analysis by reporters of the Wall Street Journal shows that since the 1990s, “sparsely populated counties have replaced large cities as America’s most troubled areas by key measures of socioeconomic well-being—a decline that’s accelerating.”*

Throughout the second half of the 20th century, the nation’s “basket cases” were its urban areas “where a toxic stew of crime, drugs and suburban flight conspired to make large cities the slowest-growing and most troubled places,” as the Wall Street Journal reporters described it.

Now into the second decade of the 21st century, many key measures of socio-economic well-being have flipped, according the WSJ analysis. Rural counties now rank the worst among the four major U.S. population groupings, the others being big cities, suburbs, and smaller metro areas.

“From Breadbasket to Basket Case”

Rural towns sustained themselves throughout the 20th century through a mix of agriculture and light manufacturing. During lean times, public-funded programs along with the charitable efforts of churches and community groups provided a viable social safety net.

By the late 1990s, the shift to a knowledge-based economy began transforming cities into magnets for desirable high-wage jobs. Since that time, many employers left small towns—and ambitious, young, rural residents packed up and left, too. Even farm families with deep ties to the land encouraged their children to head off to college and choose careers that would not bring them back to the family farm.

The WSJ analysis listed a number of other factors depleting or degrading rural America, and these reiterated trends from other studies. For instance, consolidation in health care shut down many rural hospitals. Main street businesses closed as consumers were pulled to large box stores. The opioid epidemic hurt rural Americans as much as anyone in the country, but is compounded by the lack of access to treatment. The drug epidemic, in turn, spawned more thefts.

Wall Street Journal reporters related the story of Rev. Dave Young, a 38-year-old Catholic priest at Immaculate Conception in the small Ohio town of Kenton. He was shocked when a thief stole ornamental candlesticks and a ciborium from his church, “spilling communion wafers along the way.”

But besides incidents like this, there is a demographic trend occurring in rural communities that worry us. At Fr. Young’s parish, handwritten records show that the church has held twice as many funerals as baptisms over the last decade.

Along with other evidence, the WSJ analysis shows that the total rural population—accounting for births, deaths and migration—has declined for five straight years.

One of our recent CRL magazine issues (Winter 2017) tackles the question: Why does rural matter? Contributing CRL members and writers expressed the struggle, inspiration, purpose and meaning that go into rural living, especially a farm life.

CRL executive director Jim Ennis stated in his overview article for the magazine that rural America matters to the Church because we are “concerned about every single human being, each created in the image of God.”

He went on to specify the importance of family farms to the nation’s secure provision of food. These farms represent several generations on the land, stewarding that land for the next generation, and staying active in their rural communities and churches. These are the kinds of farms—and farm owners—we want growing our food.

Ecological stewardship and food security are essential, but Ennis reiterated that rural life matters because every human life matters. Rural America was once a place of strong families and individuals who took their faith seriously. As Cardinal Timothy Dolan expressed it a few years ago: “There’s a rhythm of (rural) life that is conducive to spiritual vitality in the heartland and in the countryside. So if we’re going to be serious about evangelization, we have to strengthen what we have there, because most of our evangelizers come from there.”

CRL believes rural life matters, so we’ll continue our advocacy efforts and work with Catholic bishops to speak clearly and pointedly on these matters. The 2018 Farm Bill is one legislative arena to do so. Health care, immigration reform, and infrastructure redevelopment are also important areas that require the voice of the Church. We ask for your prayers and engagement in these efforts.

*WSJ subscribers, you can read “Rural America is the new Inner City” here.

Photos Courtesy of Ty Wright, for the Wall Street Journal