January 1 is World Day of Peace: Religious Freedom, the Path to Peace

VATICAN CITY, 16 DEC 2010 (VIS) – In the Holy See Press Office at midday today, a press conference was held to present the Pope’s Message for the forty-fourth World Day of Peace. The Day falls on 1 January 2011 and has as its theme: “Religious Freedom. The Path to Peace”. 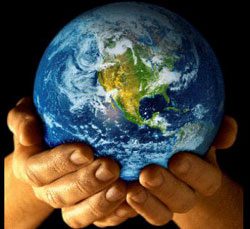 VATICAN CITY, 16 DEC 2010 (VIS) – In the Holy See Press Office at midday today, a press conference was held to present the Pope’s Message for the forty-fourth World Day of Peace. The Day falls on 1 January 2011 and has as its theme: “Religious Freedom. The Path to Peace”.

Cardinal Turkson, speaking English, explained how this year’s Message is made up of “an introductory reference to the attack on Christians in Iraq, the main body of the text which presents the meaning of religious freedom and the various ways in which it fashions peace and experiences of peace, and a concluding reflection on peace as a gift of God and as the work of men and women of goodwill, especially of believers.

“Religious freedom”, he added, “is the theme of the Pope’s Message for the World Day of Peace not only because that subject matter is central to Catholic social doctrine, but also because the experience of religious freedom – a basic vocation of man and a fundamental, inalienable and universal human right, and key to peace – has come under great stress and threat: From raging secularism, which is intolerant of God and of any form of expression of religion. From religious fundamentalism, the politicisation of religion and the establishment of State religions. From the growing cultural and religious pluralism that is becoming ever more present and pressing in our day”.

“The Holy Father”, the cardinal said, “sees the safeguarding of religious freedom in our multi-cultural, multi-religious and secularised world as one of the ways to safeguard peace”.

“One of the important tasks that our world set for itself following World War II was the formulation, adoption and promulgation of the Universal Declaration of Human Rights”, said the president of the pontifical council. Benedict XVI, he said, “is also worried about the increasing instances of the denial of the universality of these rights in the name of different cultural, political, social and even religious outlooks”.

“Religious freedom is not a right granted by a State”, it “is derived, … from natural law and from the dignity of the person, which are rooted in creation. Rather, the State and other public institutions, … need to recognise it as intrinsic to the human person, as indispensable for integrity and peace”.

Cardinal Turkson went on: “Religious freedom is a duty of public authority” but “it is not an unlimited right. … Religious freedom refers primarily to man’s freedom to express his being ‘capax Dei’: his freedom to respond to the truth of his nature as created by God and created for life with God without coercion or impediments. It is in this that man finds his peace, and from there becomes an instrument of peace”.

After then highlighting how “religious freedom is not limited to the free exercise of worship”, the cardinal pointed out that “there is a public dimension to it, which grants believers the chance of making their contribution to building the social order”.

“Denying the right to profess one’s religion in public and the right to bring the truth of faith to bear upon public life has negative consequences for true development”, he said.

“The Church’s appeals for religious freedom are not based on a claim of reciprocity, whereby one group respects the rights of others only if the latter respect their rights. Rather, appeals for religious freedom are based on the dignity of persons. We respect the rights of others because it is the right thing to do, not in exchange for its equivalent or for a favour granted. At the same time, when others suffer persecution because of their faith and religious practice, we offer them compassion and solidarity”.

Cardinal Turkson concluded his observations by noting that “all proclamation of the Gospel … is an effort to awaken the (religious) freedom of man to desire and to embrace the truth of the Gospel. This truth of the Gospel, however, is unique, because it is truth that saves. … Evangelisation and the carrying out of the missionary charge, then, do not contradict and oppose the sense of religious freedom”.

For his part, Bishop Toso affirmed that Benedict XVI’s Message “invites us particularly to examine the truth of the right to religious freedom; in other words, its anthropological, ethical, juridical, political, civil and religious implications. … Over and above mere tolerance, religious freedom is the marrow bone of all morality and freedom, of reciprocal respect, of peace”.

“The Message reserves the same criticism for fanaticism, fundamentalism and laicism, because they all overlook the essence of religious freedom, which is the free and common search for transcendent truth”.

“For the Church”, the bishop concluded, “dialogue between followers of different religions is an important stimulus to collaborate with all religious communities for the promotion of peace. In this way – in a globalised world characterised by increasingly multi-ethnic and multi-confessional societies – the great religions can represent not a problem but a resource, an important factor of unity and harmony”.

To read the text of the Holy Father’s Message click here.