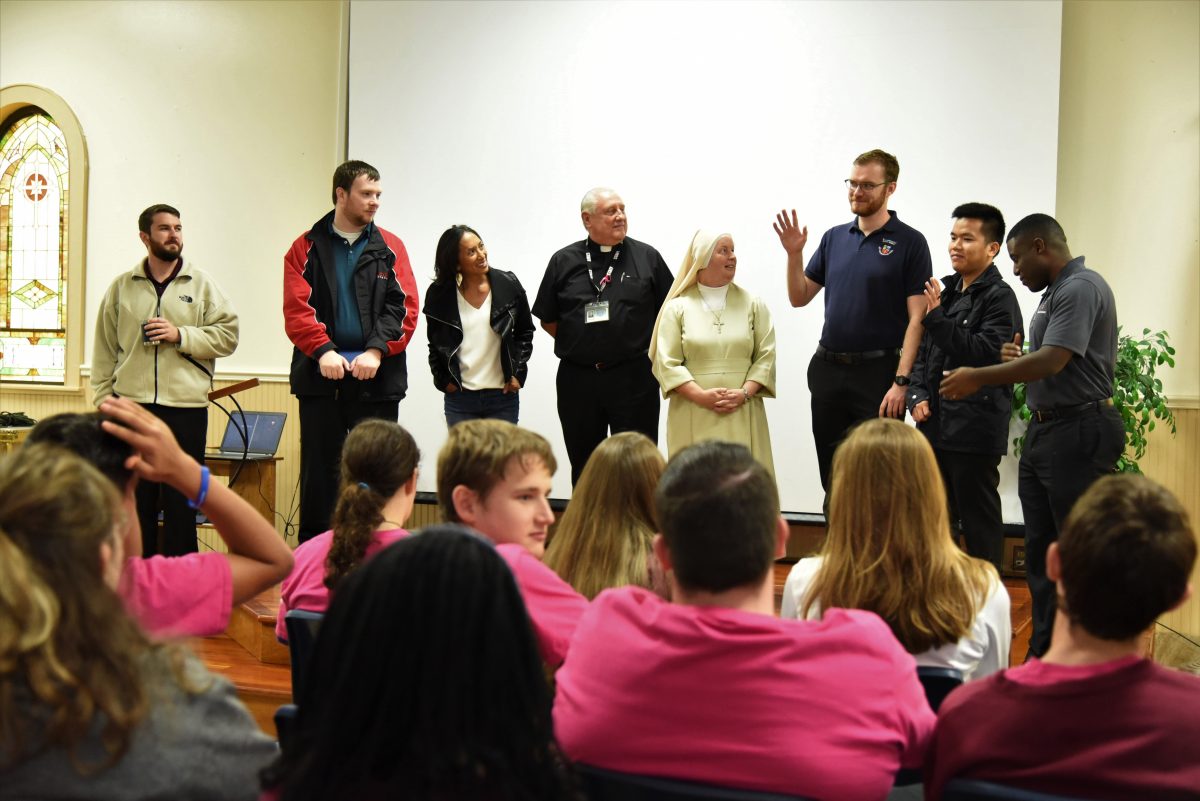 LAKELAND | “You never know when you are going to figure out God’s calling for you,” said Anna, a junior at Santa Fe Catholic High School in Lakeland. “You need to be ready to listen.” It is something she learned by attending Focus 11, a day set aside to speak of God’s desire for one’s life hosted by the Office of Vocations at St. Joseph Parish.

Initially unsure of what to expect, Matthew said, “…it was the best school retreat I’ve attended. The speakers did a great job making us feel very comfortable.” Designed for juniors, the students heard from religious, seminarians, a priest and a married person who offered different perspectives on each path, dispelled myths and answered questions. The small group setting helped invite a more intimate, conversational tone. 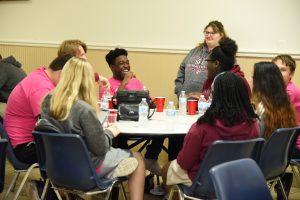 Students were surprised to learn that Father Mark Wajda, pastor of Church of the Resurrection in Lakeland, used to be a news and sports photographer. He said, “The only way the men or the women are going to be inspired to become a priest, brother, deacon or religious is if they see them so we have to make ourselves visible to the population.” But Father Wajda’s focus was not just on the priesthood. “The hardest vocation is just being a parent,” he noted. “God knew what he was doing. He’s given me thousands of family members because when I go to a school or parish, they’re my kids.”

“Through Father Mark’s session, I learned that priests are more approachable than I previously believed,” said Robby. “Father Mark helped us not be intimidated by his presence, and being in a small group made it easier to ask questions that I had never had the opportunity to ask before.”

Kyla enjoyed the marriage session with Rachel Bulman most. “I truly thought everyone should hear her session because she was able to relate to many of our experiences as teenagers,” Kyla noted. “I enjoyed her sharing about her relationship with her husband and how their faith is a large part of their marriage.” 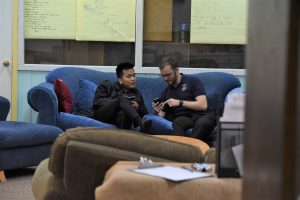 Bulman beautifully spoke of marriage as gift of self to another, candidly sharing personal experiences of love and loss. Her heartfelt honesty helped students understand the importance of finding someone who knows and loves you, through your faults, your joys and your sorrows. “Sometimes we try to put somebody else in the space where God belongs,” she told the students. “Only God can provide the dignity He put in you. You have to believe that you are sons and daughters that have already changed the world by your presence.” She added, “In order for you to know what your vocation is, you must first realize that you are sons and daughters of a God who loves you infinitely and wants the best for you and realize that you are called to it.” She stressed the need “to know your worth.”

Five seminarians from the diocese joined the team to share their stories and answer questions about the seminary. From a Vietnamese immigrant to Buddhist convert and an athlete, their stories show the many paths from which God draws all near.

Sister of the Pierced Hearts of Jesus and Mary, Gianna Grace Perino, the Diocese of Orlando’s associate vocations director, said Focus 11 studies reveal that 11-year-olds and eleventh-graders both “come to a point in their lives when the Lord starts revealing more about who they are as a person and what He made them for. “They start having more significant relationships – besides their parents. In those moments, those particular age groups are more open to hearing the Lord’s voice and to learning more about who they are and were made to be,” she said.

Drawing from Scripture, she quoted Jeremiah 29:11: “I have a perfect plan for your life, a plan to prosper you and give you joy.” She said, “Thinking about that through prayer, your true identity is revealed. Get to know your true identity as a son and daughter of God, then ask Him what the plan for your life is. If you’re nervous about college or don’t know what you’re going to do after high school, somebody already knows,” she assured. “You should ask Him. He has a perfect plan to your life.”