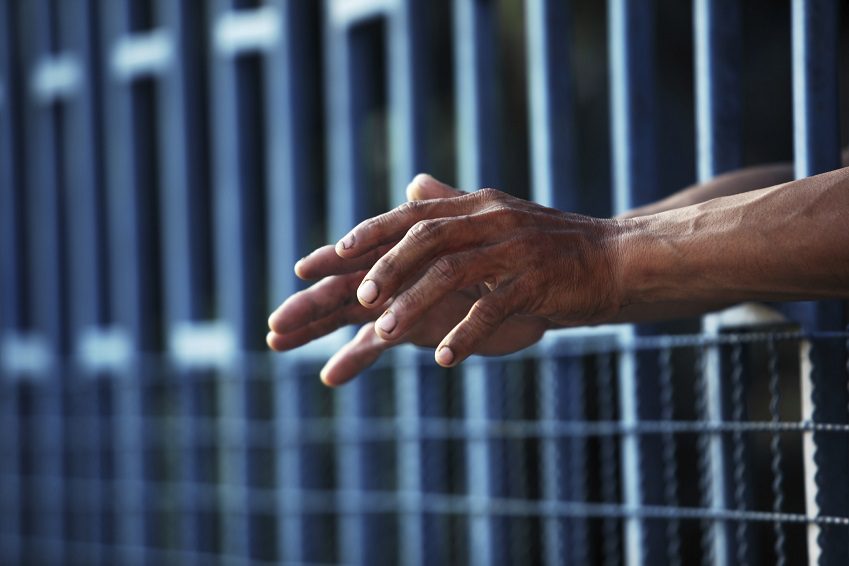 The first time Father Leo Hodges, pastor of St. Andrew Parish in Orlando, stepped into a prison he was in college. He accompanied his parents on a “prayer and share” at the Union Correctional Institution (Raiford Prison). It was just the beginning of Kairos, an ecumenical prison ministry modeled after “Walk to Emmaus” or “Cursillo” retreats that began with the help of Hodges’ father in 1976. Currently, Kairos (Florida) is in 34 medium/maximum security prisons; two juvenile facilities/prisons; and has four programs on the outside for women with incarcerated loved ones. The program is in 37 states, 9 countries and has more than 30,000 volunteers.

“I remember so clearly going into a chapel at Raiford and sitting at a table with these men dressed in blue who were inmates,” remembered Hodges. The experience was so impactful he went back to college and declared criminology as his major. Even as a priest, the desire to work with people in prison never left him. Father Hodges continues to participate in Kairos every six months, now at Lake Correctional Institution in Clermont.

The most recent retreat took place May 17-20 at the Central Florida Reception Center in Orlando. That Thursday afternoon, 42 inmates walked in, not knowing what to expect. They were tall, short, young, old – unified only by their light blue shirts and pants with a white stripe down the side – like a line in the sand dividing them from the outside world. They were greeted by nearly 40 volunteers who prepared for more than two months for this meeting. The team included parishioners from nine Diocese of Orlando parishes: Divine Mercy, Merritt Island; Holy Name of Jesus, Indialantic; St. Augustine, Casselberry; St. John the Evangelist, Viera; St. Isaac Jogues, Orlando; St. Margaret Mary and Saints Peter and Paul, Winter Park; Our Lady of Grace and St. Joseph, Palm Bay.

“Kairos is the most epic renewal in Catholicism,” said Carlos Benitez of St. Margaret Mary Parish in Winter Park and advisory leader for the retreat. “It’s the ultimate. Within four days you see these hardened criminals who have these preconceived notions of us going in there, being some goody two shoes, telling them about right and wrong… and we go in just modeling God’s love and compassion and they’re changed.”

Deacon Tom Flavell of Our Lady of Grace Catholic Church, Palm Bay agreed. “They (the inmates) come in as a stone wall. They don’t show emotion. They keep their distance. They don’t want to get close to anybody. At the end of the weekend, they’re a different person.”

The ministry did not come easily to Deacon Flavell. In formation he struggled with the idea of, “I was in prison and you visited me,” Matt 25:36. “I just didn’t think I could do that. I’d never been in a prison, never been exposed to it and, as part of formation, I was praying that God give me strength and show me somehow that I could go in there and visit somebody. Then, one of my family members was incarcerated. So, it made it pretty easy to go in after that.”

Deacon Flavell recalled, “The very first Kairos I worked there was a gentleman at my table that was in prison for 10 years and hadn’t had a visitor in those 10 years. They don’t feel like anyone cares about them. They don’t feel the love of anyone. So it’s nice to know we can show them that someone does care and that God still loves them, no matter what they may have done.”

“What makes this such a powerful thing is the self-discovery,” explained Deacon Gary Hessen of St. Joseph Catholic Church, Palm Bay. “Some of them have never prayed in their life nor have they really thought what their life is about. Some have never felt loved. In this retreat, the men immerse themselves voluntarily for an experience of God they’ve never had before.”

One of the key tools to help the men open up are cookies. Volunteers bake roughly 20,000 cookies for the weekend. The inmates who applied for Kairos know there will be plenty of treats. Food gets them in the door, but they walk away with much more. They leave with wounds that have begun to heal and scars that have begun to fade.

“They come in the second day and they’re beginning to trust, the walls are coming down,” explained Deacon Hessen. “They’re beginning to experience a trust they’ve never experienced in their life before. The third day, they know which cookies each guy likes and they’re passing the tray to each other and  asking, ‘Would you like this one? I know you like this one here.’ That’s the power of this… they’re in this together. They find friendship and doors open to personal holiness.”

The change is most palpable during open mic time. The May retreat was volunteer Mike Segura’s first. He was in such “awe” of what he witnessed that he wrote down several comments made by the inmates.

After each Kairos, volunteers return for “prayer and share” twice a month to help guide the men so they can live out faith behind the walls where volunteers cannot go.

“The impact is this constant reminder that God is not done with us,” noted Father Hodges. “That there is a mercy in Christ Jesus that supersedes the poorest choices we make in our lives. And that mercy is poured out onto everyone and we have the opportunity to receive it. So to see men, young and old, who’ve made really poor choices; who may have life sentences; to see them still be hopeful that somehow God is still working in their lives amidst this institution… that’s what the kingdom of God is.”

For more information on Kairos programs in your area, go to kairosprisonministry.org or kairosfl.org. Looking for upcoming articles on Kairos (outside) and Kairos Torch in future editions of the Florida Catholic.