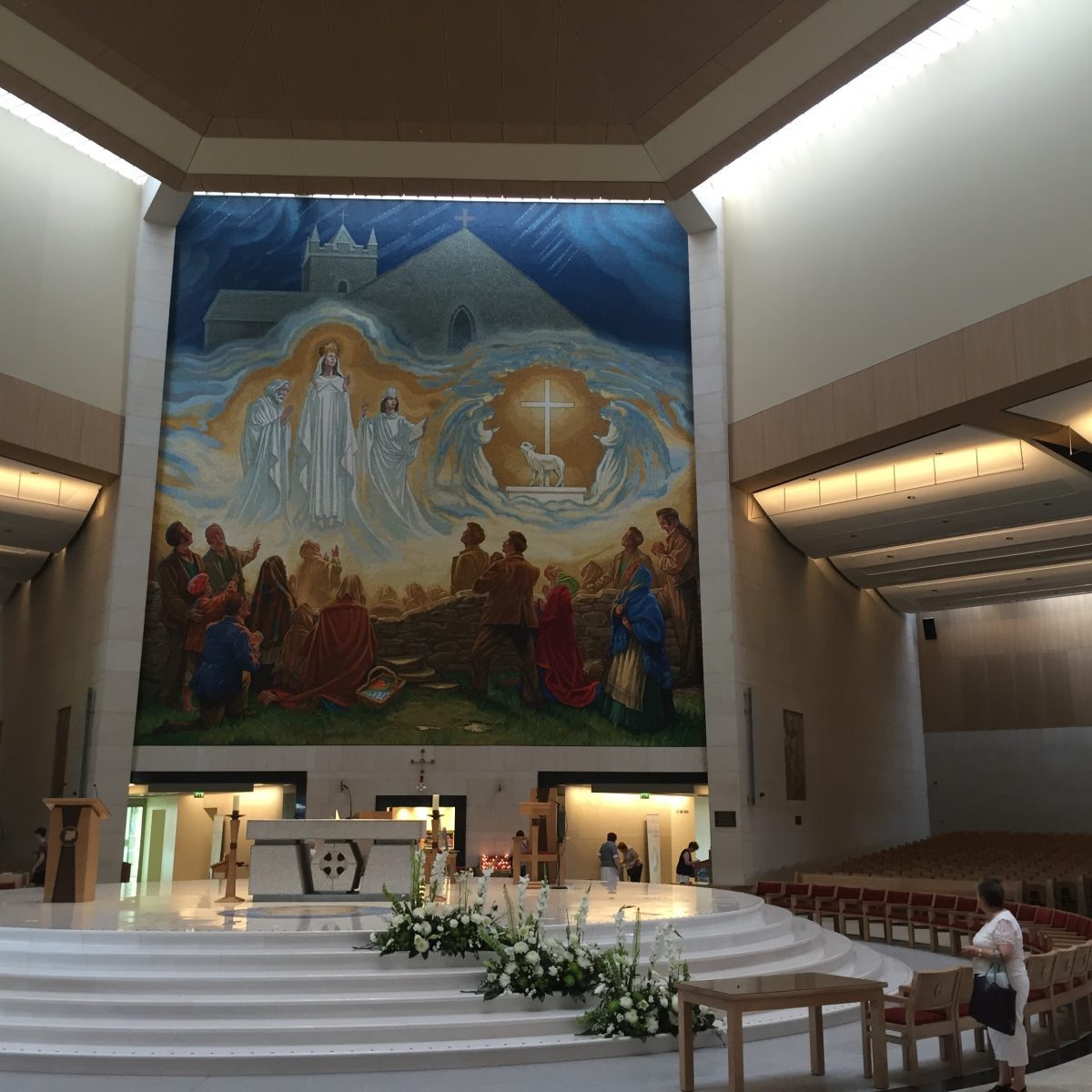 Bishop John Noonan took a video of the Basilica of the National Shrine of Our lady of Knock in 2016 during one of his customary visits. As a child, a visit tot he shrine was an annual family pilgrimage. (BISHOP JOHN NOONAN)

ORLANDO  |  On the Solemnity of St. Joseph, March 19, via a video message, Pope Francis designated Knock Shrine in Ireland as an international Marian and Eucharistic shrine.

The shrine is a holy site for the Irish, recalling the apparition of the Mary, Joseph and Jesus as the Lamb of God and St. John the Evangelist. The apparition occurred in 1879 for roughly two hours. Fifteen townspeople, from children to adults witnessed the apparition.

Bishop John Noonan recalled making the annual pilgrimage to Knock with his family from his hometown of Limerick, 80 miles away. “In the old days it was out in the middle of nowhere,” he noted recalling his first visit at the age of 5. It was cold, windy, boggy and rainy.

Back then, Knock was a small town, until the Church of Our Lady of Knock was built in 1976 to accommodate the thousands of pilgrims. It was eventually dedicated as a basilica and later a national shrine.

As a child Bishop Noonan said “he had no choice” but to make the pilgrimage. But as he got older, he went on his own. Even now, whenever he returns home, he goes to visit. “I like to go and walk around peacefully on a weekday,” he said. “First to the old church, which is tiny, to pray a rosary, then into the big church for Mass. It is one of the rare places where Mary and Joseph appeared together.”

Congregation of the Blessed Sacrament Father George Dunne, who currently serves St. Stephen Parish in Winter Springs, began visiting the shrine in his early 20s, as a seminarian. “Irish people are very proud of the shrine,” he said, counting himself among them. “It’s tremendous news for us as a congregation dedicated to the Eucharist, to know that in Ireland, the Shrine of Knock is going to be designated as a Eucharistic Shrine. … It’s a marvelous shrine that has huge emotional attachment for Irish people because it is where the Blessed Mother appeared.”

He said the message of Our Lady during the apparition is that “God is with us throughout difficult times, no matter what, especially in our times of trials and tribulation.” That is message has been particularly meaningful as he experienced his own trials.

He applauded Pope Francis’ timing, “given the turmoil the church in Ireland has experienced in the last few years.” He noted how fewer faithful are attending Mass and receiving Holy Communion — a problem exacerbated by the pandemic. Father Dunne hopes, “It is an occasion for Eucharistic renewal of Eucharistic devotion, Eucharistic spirituality, and Eucharistic life.”