Korea and the Sacrament of Reconciliation 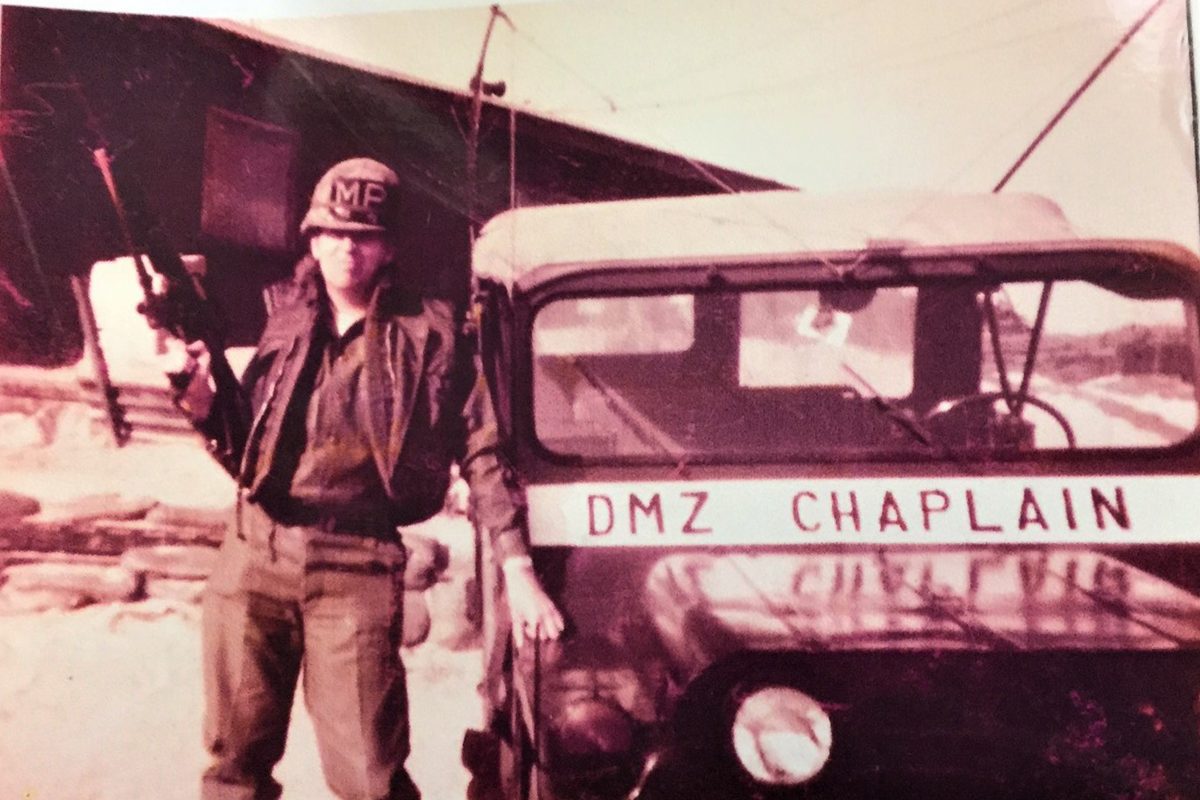 “One day, while I was serving as a U.S Army Chaplain in Korea with the Second Infantry Division, North Korean forces killed two of my men, both Catholics, in the DMZ, the Panmunjon neutral zone. The camp erupted. It seemed as if World War III was at hand! Trucks filled with munitions roared out of our motor pools; every man wore his flak jacket and carried extra ammo. Troops put their affairs in order. Many wrote letters home to their families.

Amid the heightened tension, I was approached by a sudden, long line of soldiers, wanting me to hear their confession — in their minds perhaps a LAST confession.  And God’s mercy and compassion took care of them.

The men must have shared their inner peace and thankfulness to God with their buddies, for I was soon surrounded by Protestant GI’s. Seeking the inner peace their buddies had found, they wanted me to hear their confession as well!  Prayerfully I asked the Lord what to do and He said — “Go ahead!”

On that day I heard the first confessions of 17 young Protestant soldiers and saw them come alive with God’s peace and love, ready to face whatever might come.

What a wonderful GIFT is the Sacrament of Reconciliation or Confession!”

Fr. John E. Mc Mullan, a former U.S. Army Chaplain now ministers at the Basilica of the National Shrine of Mary, Queen of the Universe, Orlando and at Corpus Christi Parish in Celebration, Florida.