On Ash Wednesday, the Holy Father presided over the traditional procession of penitence from the Church of St. Anselm on the the Aventine Hill to the Basilica of Santa Sabina, on the same Roman hill. Numerous cardinals, archbishops and bishops take part, along with the Benedictine monks of St. Anselm, the Dominican fathers of Santa Sabina, and the faithful. 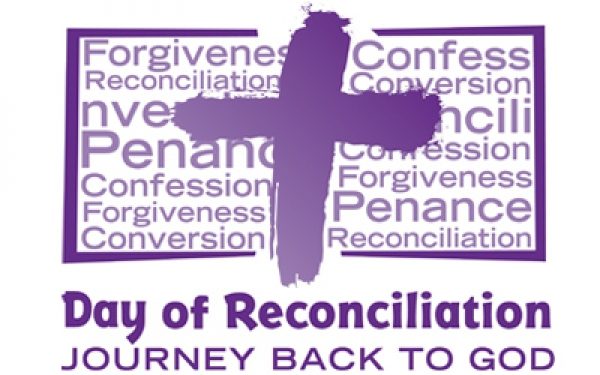 On Ash Wednesday, the Holy Father presided over the traditional procession of penitence from the Church of St. Anselm on the the Aventine Hill to the Basilica of Santa Sabina, on the same Roman hill. Numerous cardinals, archbishops and bishops take part, along with the Benedictine monks of St. Anselm, the Dominican fathers of Santa Sabina, and the faithful.

After the procession, Pope Francis presided over the celebration of the Eucharist with the rite of blessing and the imposition of the ashes. The Pope received them from the hands of Cardinal Jozef Tomko, titular of the basilica, and subsequently imposed them on the cardinals and various monks, religious and faithful. Following the proclamation of the Gospel, he gave a homily in which he emphasised that the conversion of the heart is the characteristic of Lent. “We are called upon to undertake a path in which, challenging our routine, we make efforts to open … our hearts, to go beyond simply tending our own gardens.

“We know that this increasingly artificial world makes us live in a culture of ‘doing’ of the ‘useful’, where without realizing we exclude God from our horizons. But we exclude the horizon itself! Lent calls to us to ‘shake ourselves up’, to remember that we are creatures simply − that we are not God. When I watch, in my little daily environment, some battles to occupy space, I think: these people play at being God the Creator. They still have not understood that they are not God”.

But, towards others too, “we run the risk of closing ourselves up, of forgetting them. But only we are called to by the difficulties and suffering of our brothers, only then can we undertake our path of conversion towards Easter”. To walk this spiritual path, three elements are necessary: prayer, fasting and charity. All three involve “the importance of not allowing oneself to be dominated by appearances: what counts is not appearance, but what we have inside”.

Prayer is “the strength of the Christian and of every believer. In the weakness and the fragility of our life, we may turn to God with the trust of His sons and enter into communion with Him. And Lent is a time for prayer, “a more intense and prolonged prayer … more able to take on the needs of our brothers; prayer of intercession, to intercede before God for many situations of poverty and suffering”.

Fasting “has meaning only if it truly attacks our security, and if it brings benefits to others, if it helps us to cultivate the approach of the good Samaritan, who turns to his brother and takes care of him. Fasting involves choosing a sober style of life; a life without waste, without discarding things. Fasting helps us to train our hearts in simplicity and sharing”.

Giving to charity “means giving freely, because in this way we gives to someone from whom we expect nothing in return. Giving freely should be one of the characteristics of the Christian who, aware of having received everything freely from God, that is, undeservingly, learns to give freely to others. … Giving to charity helps us to live the free nature of the gift, which is freedom from the obsession of possession, of the fear of losing what we have”.

“With its invitation to conversion”, concluded Pope Francis, “Lent providentially reawakens us, shakes us from our torpor, from our risk of living by inertia. … Why must we return to God? Because something is not quite right in us, and is not right in society or in the Church, and we need to change, to turn things around. This is what is meant by needing to convert! Once again, Lent makes its prophetic call to us, to remind us that it is possible to achieve something new within ourselves and around ourselves, simply because God is faithful … and continues to be rich in goodness and mercy, always ready to forgive and start again from the beginning”.