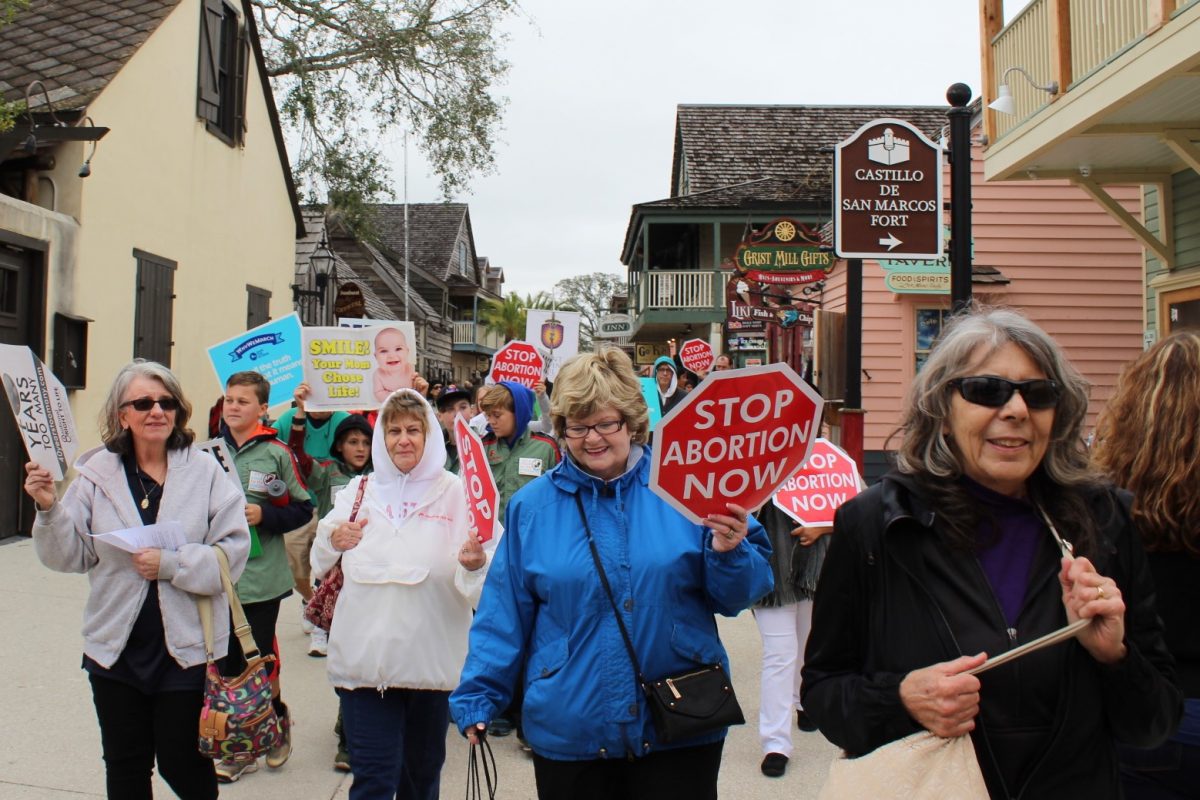 Almost 40 parishioners from Most Precious Blood, Good Shepherd and Sts. Peter and Paul Catholic Parishes gathered early Saturday morning, Jan. 13 to board a bus bound for St. Augustine to participate in the March for Life. The annual pilgrimage brings faithful from all over Florida to stand and defend sanctity of life issues from abortion to the death penalty.

Antonio Pagan has been attending the St. Augustine March for Life since its inception in 2007. As a fourth-degree Knight of Columbus with Council 2112, he helped lead the march from the Mission of Nombre de Dios to the Plaza de la Constitución. As youth director for the Knights of Columbus for the past 21 years, he has been taking groups to “help the cause of saving kids.”

This is the second year that Claudia Mendez and her family participated in the march. “We went as a family, first of all to redress the hearts of the Most Holy Virgin Mary and Our Lord and second as an example for our children (ages 14 and 16),” she said. “We want to support them—to encourage their understanding.”

Mendez added, “Many Catholics don’t realize that abortion is a mortal sin. Going helps our children understand how important and how beautiful it is to support life.” This year’s speaker at the event, Stephanie Gray helped drive Mendez’ point. She explained that her youngest, David was recently engaged in a discussion on abortion with a friend who noted how awful it would be for a young girl that was raped to have a child from that circumstance.

“We had already spoken to David, explaining that abortion, for any reason, is sad,” said Mendez. “We pointed to how young the Virgin Mary was and how God was by her side, despite her fears. But with God, all things work for good so there is no need to fear. And then, to hear the speaker stress the same thing through many beautiful examples was inspiring for my children.”

She believes the march and talks made a real difference and she hopes it had the same effect on the more than 2,000 participants and bystanders.

By Glenda Meekins of the Florida Catholic – January 16, 2018