VATICAN CITY, 19 OCT 2011 (VIS) – Some 20,000 pilgrims attended Benedict XVI’s general audience, which was held this morning in St. Peter’s Square. Continuing a series of catecheses dedicated to the Psalms, the Holy Father focused his attention on Psalm 136, “a great hymn of praise which celebrates the Lord in the many and repeated manifestations of His goodness down human history”. 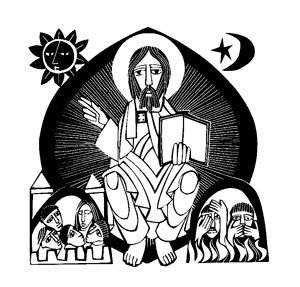 VATICAN CITY, 19 OCT 2011 (VIS) – Some 20,000 pilgrims attended Benedict XVI’s general audience, which was held this morning in St. Peter’s Square. Continuing a series of catecheses dedicated to the Psalms, the Holy Father focused his attention on Psalm 136, “a great hymn of praise which celebrates the Lord in the many and repeated manifestations of His goodness down human history”.

The Pope explained how, in Jewish tradition, this Psalm is sung at the end of the Passover supper, and therefore it was probably also pronounced by Jesus at the last Passover He celebrated with His disciples. The text enumerates God’s many interventions in favour of His people “and each proclamation of a salvific action by the Lord is answered by an antiphon reiterating the main cause for praise: God’s eternal love, a love which, according to the Hebrew term used, implies faithfulness, mercy, goodness, grace and tenderness”.

God is first presented as “He Who ‘does great wonders’, first among them that of the creation: heaven, earth and stars. … With the creation the Lord shows Himself in all His goodness and beauty. He commits Himself to life, revealing a desire for good whence all other salvific actions arise”.

The Psalm goes on to consider God’s manifestations in history, evoking the great moment when the Israelites were freed from slavery in Egypt. The forty years of wandering in the desert were “a decisive period for which, allowing itself to be guided by the Lord, learned to live on faith, obedient and docile to the laws of God. Those were difficult years, marked by the harshness of life in the desert, but also a happy time of confidence and filial trust in the Lord”.

“The history of Israel has known exhilarating moments of joy, of fullness of life, of awareness of the presence of God and His salvation”, said the Pope. “But it has also been marked by episodes of sin, painful periods of darkness and profound affliction. Many were the adversaries from whom the Lord liberated His people”. The Psalm speaks of these events, in particular the Babylonian exile and the destruction of , “when it seemed that had lost everything, even its own identity, even its trust in the Lord. However, God remembers, and frees. The salvation of and of all mankind is bound to the Lord’s faithfulness, to His memory. While man forgets easily, God remains faithful: His memory is a precious casket containing that ‘love which endures forever’ about which our Psalm speaks”.

The Psalm concludes by reminding us that God feeds His creatures, “caring for life and giving bread. … In the fullness of time the Son of God became man to give life, for the salvation of each one of us; and He continues to gives Himself as bread in the mystery of the Eucharist, so as to draw us into His covenant, which makes us children. So great is God’s merciful goodness, the sublimity of His ‘love which endures forever'”. In conclusion the Pope read a quote from the First Letter of St. John, advising the faithful to bear it in mind in their prayers: “See what love the Father has given us, that that we should be called children of God; and that is what we are”.