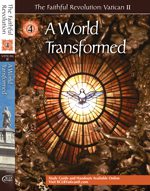 In our continuing review of the 5-DVD series, “Faithful Revolution: Vatican II,” we feature the fourth title: “A World Transformed.” 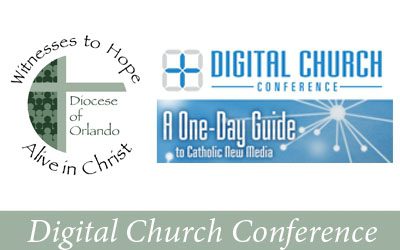 In our continuing review of the 5-DVD series, “Faithful Revolution: Vatican II,” we feature the fourth title: “A World Transformed.” The initial film, “Genius of the Heart,” highlighted the council’s liturgical reforms, and the second film, “Inspired Awakening” focused on the Church’s embrace of the pluralistic, modern world. The third documentary, “Human Dignity,” examined the Council’s teachings on evangelization, ecumenism and interreligious dialogue. “A World Transformed” highlights Lay Leadership, Associations of the Faithful, Pope Paul VI’s “Humanae Vitae,” Civil Rights and the Peace Movement. The council reinvigorated many ancient lay associations and directly inspired the laity to join together in new groups in solidarity with the poor. I was especially engrossed in the documentary’s treatment of peace activists, Jesuit Father Daniel Berrigan and his brother, Josephite Father Philip Berrigan as well as the Catholic involvement in the Civil Rights struggle. Order “A World Transformed” from the Media Resource Center by email to mediacenter@orlandodiocese.org or call Dan Hardester or @ 407-246-4895 (or 4897) for assistance. (Dan Hardester serves as Secretary of the Evangelization Secretariat and Director of the Media Center.)