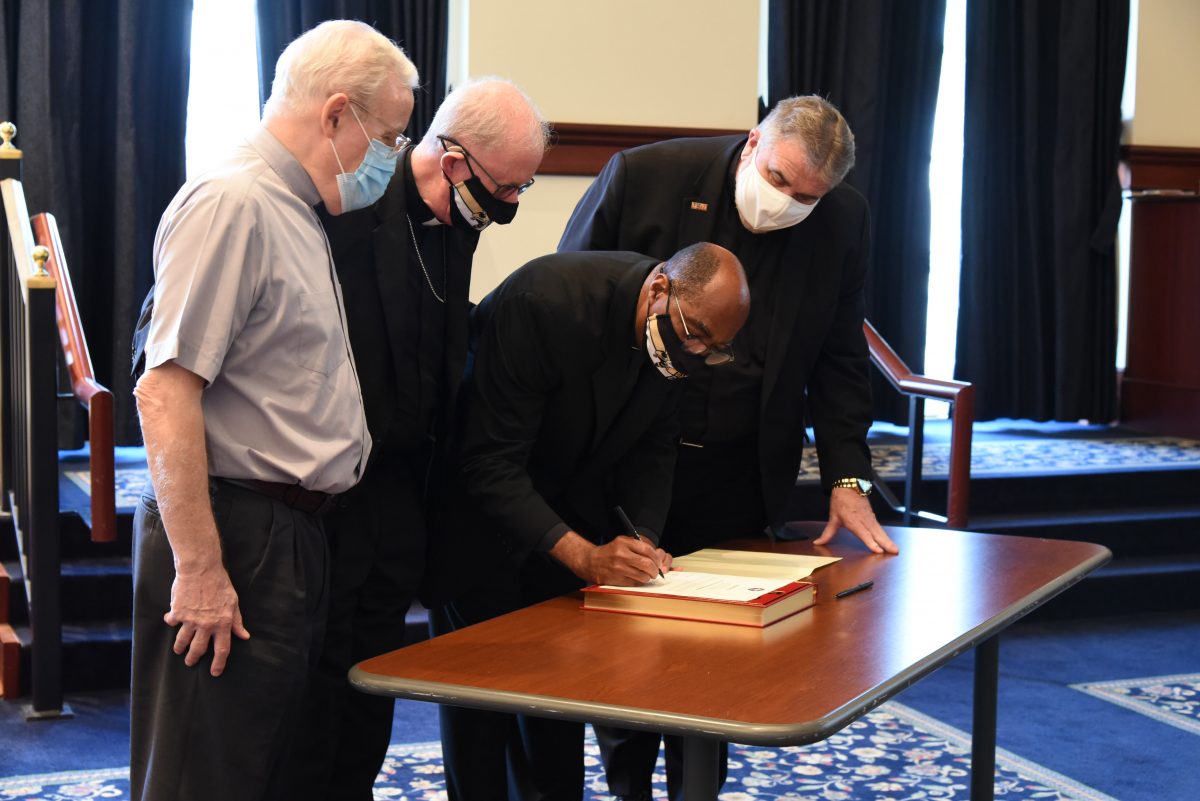 ORLANDO | Bishop John Noonan joyfully incardinated Missionary of Mercy, Father Anthony Aarons, into the Diocese of Orlando Sept. 30. The bishop welcomed the former Franciscan alongside Monsignor Richard Walsh and Father John Giel, Vicar Generals of the Diocese of Orlando. Incardination is a bishop’s formal acceptance of a priest from another diocese or religious order into his own diocese.

Father Aarons professed vows as a Third Order Regular Franciscan friar in 2016. Traveling throughout the world, from Australia to England and the U.S., he proudly proclaimed the Gospel wherever he went. That year, Pope Francis appointed him as a Missionary of Mercy. Today he continues that commission and serves as chaplain at Bishop Moore Catholic High School and Catholic Charities of Central Florida. He also facilitates retreats at San Pedro Spiritual Development Center and ministers at St. Margaret Mary Parish, both in Winter Park. 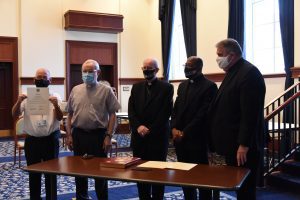 Father Aarons He sees his incardination as a fulfillment of his calling. “When Jesus looked at his ministry, he said I must go to other towns as well, for that is why I was sent,” noted Father Aarons. “So I believe I’ve been sent to many towns. The Diocese of Orlando has afforded me that privilege, especially as a Missionary of Mercy.”

Calling attention to his day of incardination falling on the Feast of St. Jerome, biblical scholar, he quoted the saint saying, “Ignorance of Scripture is ignorance of Christ.” He explained this is one of the Franciscan tenets. Finding God speaks to Him through the inspired words, he reads Scripture daily. Some messages are clearer than others.

Upon choosing to become a diocesan priest, he questioned whether he had misunderstood his calling. He realized, “It is about going to where God wants me to go and getting out of His way… I see it more as continuing the journey, to be where God wants me to be.” He added warmly, “I think I have found a family in the Diocese of Orlando.”