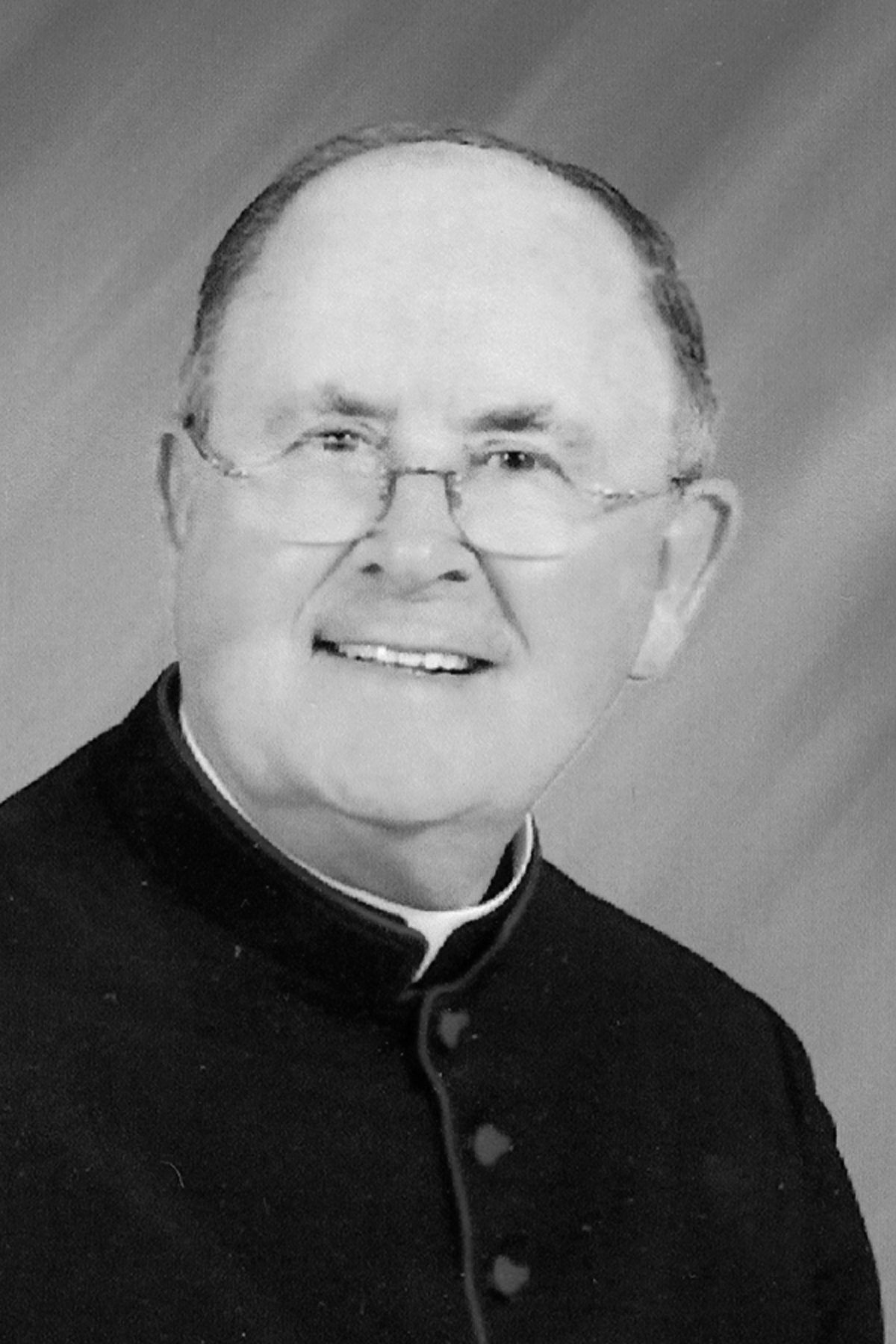 Incardinated into the Diocese of Orlando on June 6, 1973

Please pray for the repose of the soul of Monsignor Fachtna Joseph Harte.

Monsignor Harte was born on February 21, 1930 in Killala, Co. Mayo, Ireland. He was the fourth child of eight children born to teachers Timothy and Elizabeth Harte.

From the age of 9 he desired to serve the Church. He received his secondary education at St. Gerald’s Secondary School in Castlebar and St. Mary’s Secondary School in Athlone. For a short time he was a member of the teaching order of the Marist Brothers, having trained as a teacher at De La Salle College in Waterford City.  He departed the Marist Brothers in July 1955 and studied at Mound Melleray Seminary County in Waterford and at All Hallows College in Dublin, where he was ordained to the priesthood for the Diocese of Yakima, Washington on June 18, 1961. He taught in high school there for 9 years.  In 1970 he moved to serve in the Diocese of Orlando.

His new parish became the center for a tourism ministry.  Under his committed and inspired leadership, the dedicated people of his parish tried to help visitors get to Mass on Sundays and they established a ministry in four hotels. Monsignor Harte was named Director of Ministry to Tourists in 1980.  Under the direction of Bishop Thomas Grady, a decision was made to establish a church in the theme park area. Monsignor Harte spearheaded the project, committing his considerable vision and energy to its management. This project became the Shrine of Mary Queen of the Universe.  Monsignor Harte was named Director, Shrine of Mary, Queen of the Universe in 1986.  Eventually the diocesan shrine achieved the designations of National Shrine and then Minor Basilica. Monsignor Harte was appointed the first rector of the Shrine in 1992.

Participants in the Vigil and/or Funeral Mass will be required to wear masks as required by the Order of the Office Mayor Demings.

Eternal rest grant unto him, O Lord, and let perpetual light shine upon him.
May the souls of all the faithful departed, through the mercy of God, rest in peace.