Monsignor Gimeno Returns to His Homeland 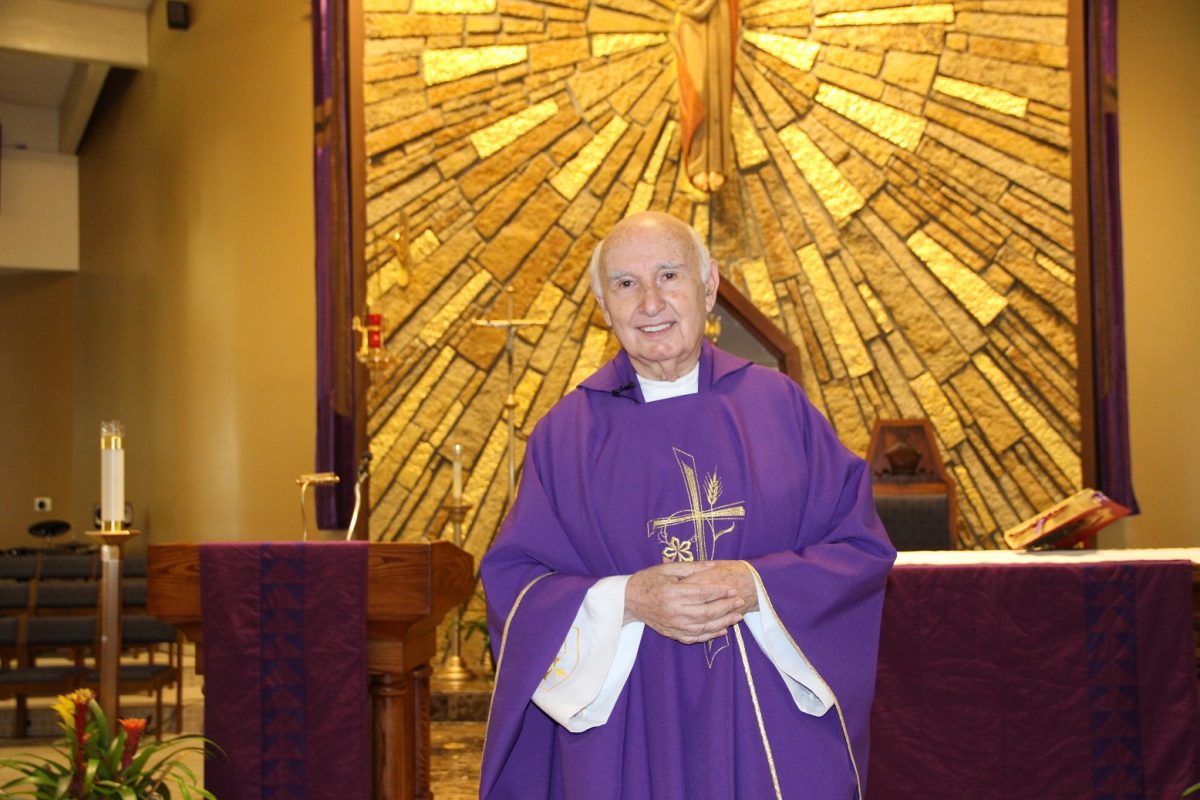 Monsignor Fabian Gimeno, who has served at St. Thomas Aquinas Parish in St. Cloud for many years, celebrated his final Mass with the parish community on March 9 before retiring permanently to his native Spain. (DAN HARDESTER | COURTESY)

Monsignor Fabian Gimeno celebrated his 83rd birthday on March 9 among his beloved community of St. Thomas Aquinas Parish in St. Cloud. In what would be his final weekday Mass at the parish, the love of young and old flowed toward this faithful priest. Days later, he retired permanently to his native Spain.

The former pastor began his priestly ministry in the Diocese of Orlando at St. James Cathedral, Orlando in 1962 after coming from Spain. After serving at St. Peter Parish in Deland and Blessed Sacrament Parish, Clermont, he became the pastor of St. Thomas Aquinas Parish, St. Cloud in 1982, continuing to assist after his retirement in 2011.

In his 57 years of priesthood, Monsignor Gimeno helped establish the first school in the diocese, worked on the development of Bishop Grady Villas, introduced candidates to the first Spanish Cursillo in 1968 and began celebrating the Spanish Mass in 1964.

In his homily, Monsignor Gimeno shared a story about assigning a single “Our Father” to a man after a thirty-five year absence from the Sacrament of Reconciliation. “I could say that prayer in one minute,” gasped the astonished penitent. Monsignor Gimeno counseled him to reflect on each petition in the Lord’s Prayer for five minutes. “Think about naming God as ‘Our Father.’ We are His children. We are one family. Think of the gift of each person, every day.”  Parishioners nodded knowingly and remembered the many ways Monsignor Gimeno treasured them.

After Mass, a woman with her three children greeted him. Monsignor Gimeno had presided at her wedding and baptized her children. Tears of joy flowed as he blessed them and they made their farewells.