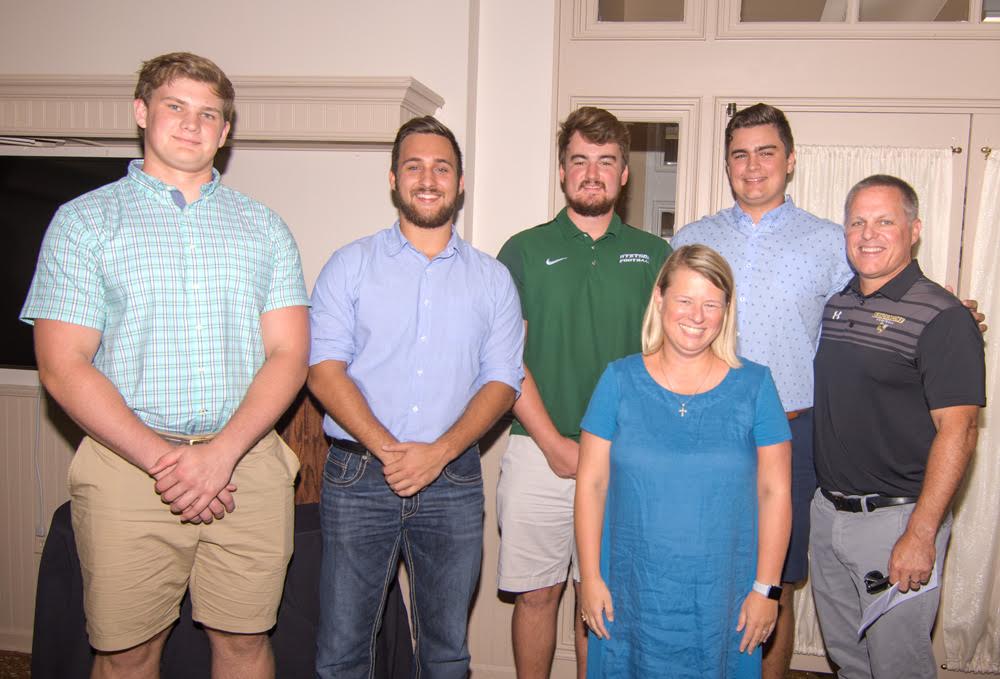 When you look at Susan Gentry today, you see a warm, loving, and grateful mother ready to pay her blessings forward. You would never know that a year and a half ago she was barely alive, pinned under an F-150 truck in a College Park neighborhood.

Gentry says it was like any other day. She, her husband, and two small children headed out for dinner at Tijuana Flats. They parked across the street and began to cross Edgewater Drive at West Smith Street when the truck came from nowhere. Gentry pushed her daughter out of the way and took the hit for her family.

At the very same moment, Thomas Connors, 19, was on the restaurant patio saving a table for three of his football buddies from Bishop Moore Catholic High School. Connors could not believe what he saw. He ran back into the eatery and alerted his friends. They had to do something. “I said guys, this is going to sound crazy, but there’s a woman trapped under a truck outside and we have to save her,” remembered Connors.

The teenagers rushed to the accident scene and saw one of the tires still parked on Gentry’s chest. They immediately jumped into action. Robert “Tripp” Cannon, now 20 years old, recalls holding the truck in the air with his friends as his younger brother, Andrew, slid Gentry out from underneath. “It was a huge adrenaline rush,” shared Cannon. “I surely thought she wasn’t going to make it.” Connors was in shock as well. “You see people all the time these days pull out their phones and start recording things instead of going to help,” he said. “I know if I was in that situation I wouldn’t want it to be recorded. I would want to be helped.”

Mario Hernandez, 18, could not get the frantic scene out of his mind. He immediately went home and started an internet search to learn more about the accident and to find out if Gentry survived. “When I saw her I thought she was dead on the spot… I freaked out a little bit,” he shared. “It’s just a lot to take in.” His mother eventually contacted local news reporters who helped dig up the information they so desperately wanted.

Gentry lived through surgery. They were stunned. The boys visited the family at their home in College Park not long after the accident. She remembered nothing after the point of impact and was still in a wheelchair, nursing a broken pelvis and ribs. “It was pretty unreal,” recalled Cannon. “Definitely God had a major role in her survival. I was really relieved and really excited to see her and how happy she was with her family- how grateful she was. It was a really humbling experience.”

Gentry choked back tears as she recounted, “I was so honored to meet them and to be able to say thank you.” Over the next few months, as she became stronger, her friendship with these young men flourished. “They are definitely my guardian angels. We totally believe God’s hands were all over that day.” Connors agreed. “Just the fact that we were able to lift that truck. That’s no small task. I know we’re bigger fellas, but still that was a couple thousand pounds at least and we were able to pick that up and hold it up long enough to get her out from underneath. I would say God gave us that strength because I know I’m not that strong normally.” Hernandez echoed, “I didn’t think we lifted it that much, but people tell me we lifted it a solid foot in the air and kept it there.”

The mother of two would spend six weeks in that wheelchair and battle through several more months of physical therapy. She says her children inspired her to keep fighting. “I still have aches and pains, but I’ll take that over the alternative, that’s for sure,” Gentry said. Connors added, “I felt honored really, that God chose me to be one of the people to save her and allow her to see her young kids grow up. It was a blessing. It was beautiful.”

Flash forward to this July, Gentry settled her lawsuit with the driver who ran her over. She and her husband decided they wanted to do something to honor her rescuers. After several discussions with Bishop Moore staff about the boys and how much they love sports, the Gentry family decided to donate $44,000 to the school. That money will go towards construction of the new Moore Center for Excellence, an athletics building currently in the planning stages. “I didn’t think in a million years anyone would do this for us,” shared Cannon. “I didn’t think we deserved it, but she clearly thought we did.”

Matt Hedrick, head football coach at Bishop Moore, stood alongside his former players to receive the check at the ceremony at Dubsdread Golf Course on July 24th. “I definitely felt a sense of pride and gratitude when I learned that the boys would be honored for their heroic act,” he said. “I have always been proud of our players for the people that they strive to be. I felt a sense of responsibility to continue to do my very small part at Bishop Moore in developing young men of compassion, character and faith. ”

Gentry is determined to continue her friendship with these young heroes. She speaks highly of the athletes and loves them like family. Fighting tears again she shared, “They truly live service before self and they definitely walk that walk.” A special plaque will be installed inside the Moore Center near a room dedicated to Gentry, the boys, and the amazing rescue on that winter day in February 2017.

Both Cannon and Hernandez are quick to point out this encounter with Gentry reinforced the faith they nurtured in Catholic school for years. “It really just showed through all of us, put others before yourself,” said Cannon. Hernandez concurred, “That’s what the Catholic faith is about, helping your fellow man however you can – using your own skills, in our case it would be strength, to help others in their need.”