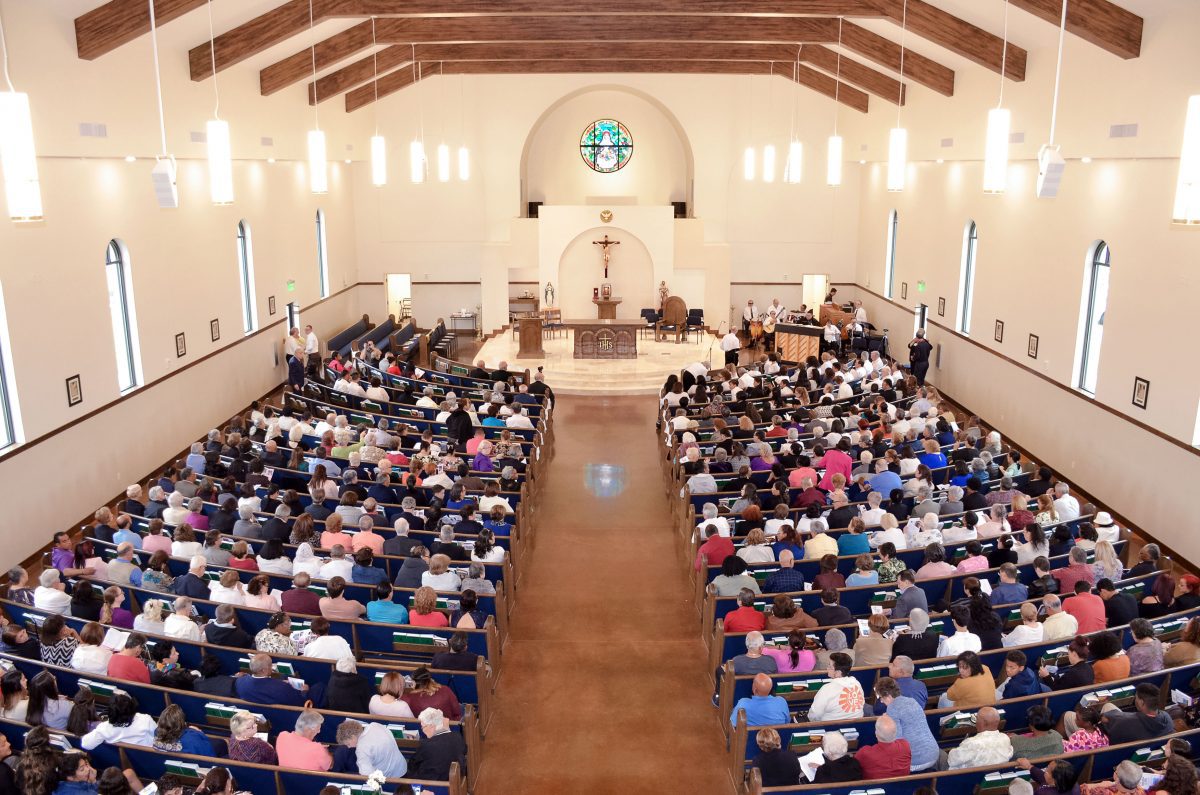 Exuberant joy filled the air of St. Rose of Lima Parish in Poinciana Jan. 28 when Bishop John Noonan dedicated the new church to God. The small mission that started out of St. Ann’s Parish in Haines City in 1993, has grown to almost 1,300 faithful families.

“The dedication of the new temple of St. Rose of Lima was a meaningful and breathtaking ceremony, very rich in biblical symbolism,” said Father Fernando Gil, the parish’s first pastor. He noted the anointing of the altar recalled Jesus’ body being anointed with oil and myrrh and “when the heavy column of smoke went up from the bowl of perfumed incense placed in the middle of the altar” it called to mind the “Shekinah, the visible manifestation of God which was present in the form of a cloud of smoke during the awesome dedication of the Temple of Jerusalem built by King Solomon.”

Also present at the moving dedication was Deacon Vidal Ramos, one of the original mission pioneers. “When I arrived in Poinciana there was absolutely nothing,” he recalled. “In 1987, I gathered 14 Hispanic families and we began to work with Father Carlos Astun at St. Ann’s. He began by offering Mass in the homes.” So when Bishop Norbert Dorsey told Deacon Ramos and a committee to look for land, they wasted no time. The mission and later St. Rose of Lima Parish opened in the middle of a small neighborhood on Pompeii Drive in 1995. 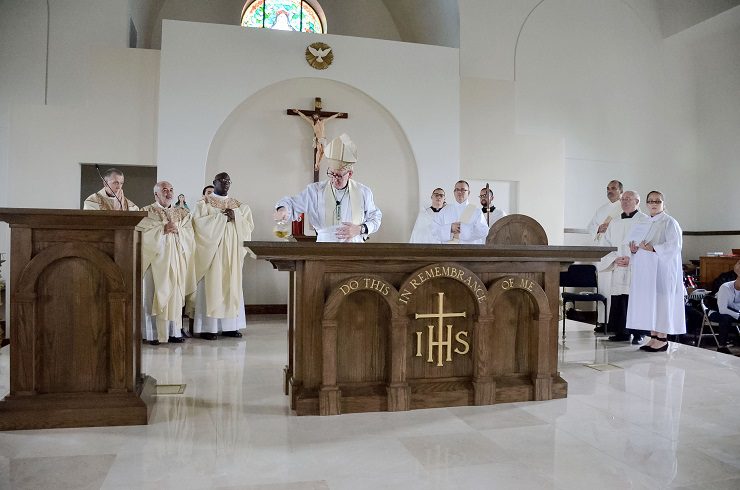 Through the ministry of Luz y Vida (Light and Life), Deacon Ramos, Father Gil, and others worked tirelessly, going to each home in the community, personally inviting residents to the church. There were some 70 people attending Mass at the time. “From there, we went up to 700 in Spanish and around 600 in English. Currently we have more than 1,200 just for the Spanish Mass,” added Deacon Ramos. His 15 grandchildren and two great grandchildren, all of whom received the Sacrament of Baptism in the original church on Pompeii Drive, are a symbol of the thriving parish.

Darryl Podunavac, Secretary of Ecclesiastical Property for the Diocese of Orlando, noted the new church reflects the rich heritage of an immigrant nation. “It’s a great celebration of labor and local artisans,” he said. “The rose window was made by artists in Vero Beach, the handmade dedication candles made locally. The bell came from France. There’s an Italian organ and furniture crafted by the Pennsylvania Dutch.”

The community shows no signs of slowing down. The parish is already planning for expansion to accommodate even more pews and classrooms for catechesis; and they will do so with the protection of Our Lady. Holy water from five apparition sites is sealed into the church’s floor.

By Glenda Meekins of the Florida Catholic – February 1, 2018