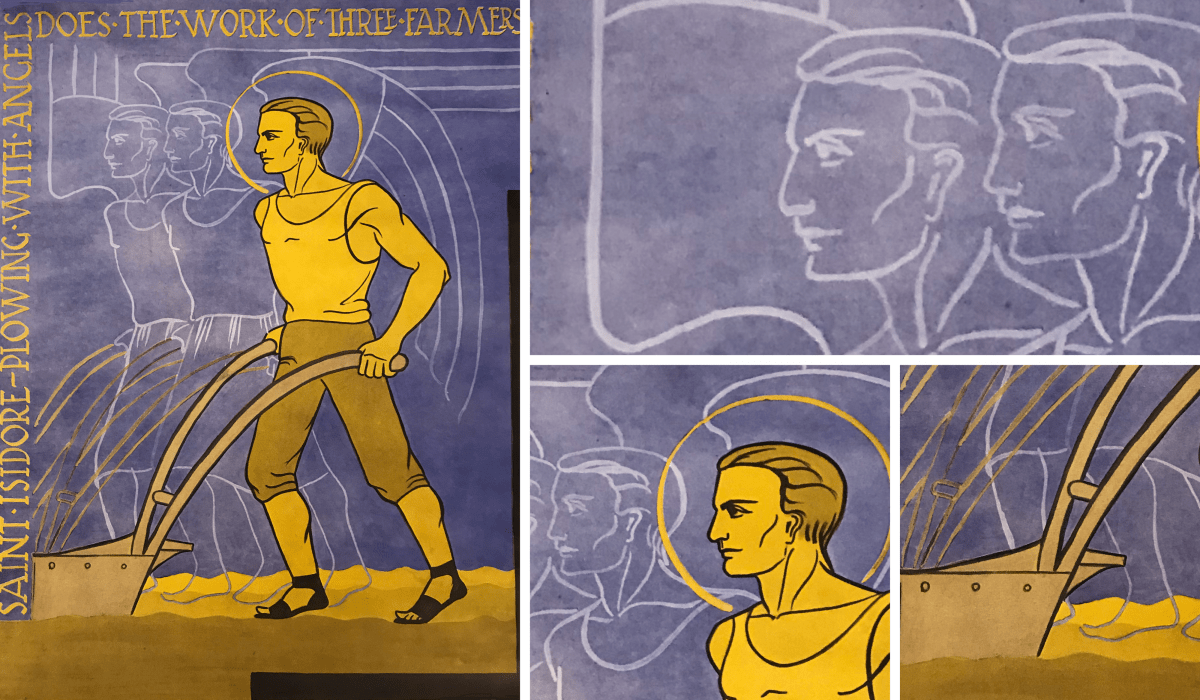 Pray with us to St. Isidore May 7-15, specifically for the economic and spiritual renewal of rural communities.

This Novena to honor St. Isidore is intended for parish and home use. In the church, the leader should be the priest or someone designated by him. In the home, father, mother or child can take the lead. Click here to download a PDF.

When to pray the Novena

It is suggested that seeds be blessed on an appropriate Sunday in the parish church.

It is an immemorial custom in the Church to bless herbs and flowers on that day.

As Americans, we join the nation in a day of thanks to God for all benefits received. This can be the Harvest Novena.

St. Idisore the Farmer was born in Madrid, Spain, in about 1110. He came from a poor and humble family. From childhood he worked as a farm hand on the De Vargas estate. He was very prayerful and particularly devoted to the Mass and the Holy Eucharist.

Isidore loved the good earth, he was honest in his work, and careful in his farming practices. It is said that domestic beasts and birds showed their attachment to him because he was gentle and kind to them. Master De Vargas watched Isidore at plowing and he saw two angels as his helps. Hence, the saying arose, “St. Isidore plowing with angels does the work of three farmers.”

Isidore married a sweet and pious maidservant by the name of Maria. They had only one son who died in youth. Both were most charitable and ever willing to help neighbors in distress and the poor in the city slums.

St. Isidore died on May 15, 1170. His saintly wife, a little later. He was canonized on March 22, 1622. The earthly remains of the holy couple are found over the main altar of the cathedral in Madrid, Spain. St, Maria was not officially canonized, but is honored as a saint throughout Spanish countries. Her head (cabeza) is carried in solemn processions during times of drought.

By a special decree of the Sacred Congregation of Rites, dated February 22, 1947, St. Isidore was constituted as the special protector of Catholic Rural Life and American farmers.

How beautiful and appropriate for the Catholic farm family to be devoted to this simple and saintly couple, who like farmers everywhere are “partners with God,” in furnishing to the world food, fiber, and shelter.