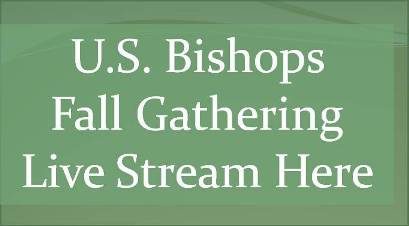 CCHD has exciting news regarding the annual Multi-Media Youth Contest. The Catholic publisher RCL Benziger is now helping to sponsor the contest. In addition to the current monetary prizes of $500, $375, $250, and $50 with matching grants to CCHD groups, the school or parish of national winners will now also receive gifts certificates for publications from RCL Benziger. RCL is also creating a professional traveling exhibit to take national winner entries to various conferences around the United States throughout the year.  The Orlando Diocese is this year’s National CCHD winner and will award Harley June Smith representing St. Mary Magdalen School in Altamonte Springs $500 on December 1.  The award ceremony will be part of the NCCYM Conference in Orlando.

If your school or parish would like to participate in this year’s contest, please contact the Office of Advocacy and Justice at 407-246-4819 or advocacyjustice@orlandodiocese.org.  Deadline is March 1 for submission to the diocesan office. Contest rules and materials are now in English and Spanish. We hope you will participate.

If you would like to learn more about becoming a better steward of God’s creation personally and in your parish community, call for resources from the Office of Advocacy and Justice.  We will host a workshop on being a ‘Cool Congregation’ on Sunday, December 2 from 2 p.m. – 5 p.m.  To register or for more information, contact Alex at advocacyjustice@orlandodiocese.org or call 407-797-2981.

Catholic Relief Services: Praying for an End to the Violence between Gaza and Israel

Please join in praying for the safety of our staff, partners and brothers and sisters in the Middle East as the violence escalates between Gaza and Israel. Catholic Relief Services has staff on the ground and can assure you we are monitoring the situation closely and will respond with a compassionate humanitarian response if needed.

If the situation continues to deteriorate, we know from past experience that there may be delays getting emergency supplies to the people who will immediately need it. Currently, we are praying that cooler heads will prevail, while making initial preparations for an eventual response.

Given the instability of the current situation, CRS may need to respond as quickly as possible. Therefore, you are invited to go here to help with our response to emergencies like this. As always, thanks for your support. This lifesaving work of mercy could not be done in so many places around the world without your generous gifts.

In his recent, Address to Members of the Pontifical Academy of Sciences on the Occasion of the Plenary Assembly, Pope Benedict XVI provided an excellent analysis of the need to embrace a cosmic view of the universe and its origins in the “First Being” : [T]he view of the universe taken by Christian philosophy and theology, with its notion of participated being, in which each individual creature, possessed of its proper perfection, also shares in a specific nature and this within an ordered cosmos originating in God’s creative Word. It is precisely this inbuilt “logical” and “analogical” organization of nature that encourages scientific research and draws the human mind to discover the horizontal co-participation between beings and the transcendental participation by the First Being.

He continues: In the great human enterprise of striving to unlock the mysteries of man and the universe, I am convinced of the urgent need for continued dialogue and cooperation between the worlds of science and of faith in the building of a culture of respect for man, for human dignity and freedom, for the future of our human family and for the long-term sustainable development of our planet.

A Catholic Consultation on Environmental Justice and Climate Change

Between November 8-10, 2012, the U.S. Conference of Catholic Bishops (USCCB), Catholic University of America, Institute for Policy Research and Catholic Studies (CUA) and Catholic Coalition on Climate Change co-sponsored a scholars conference titled A Catholic Consultation on Environmental Justice and Climate Change: Assessing Pope Benedict XVI’s Ecological Vision for the Catholic Church in the United States.  The USCCB published a press release about the conference.

The conference was held at the Catholic University of America in Washington, DC and explored the substance and implications of recent papal teaching—particularly Pope Benedict XVI, building on the witness of his predecessors—on environment and creation, especially the links between natural ecology and human ecology, solidarity and environmental justice, care for creation and care for the poor and vulnerable, and between worship of the Creator and care for creation.  Other topics included Catholic contributions to cosmology and a sacramental vision of Creation.

The conference began on Thursday, November 8 with a keynote address from Most Reverend Bernard Unabali, Bishop of Bougainville, Papua New Guinea.  Bishop Unabali reflected on his work helping to re-settle some of the world’s first “climate change refugees,” inhabitants of the Carteret Islands.

At the conclusion of the third session on Friday, November 9, the scholars, moderators, and staff of the co-sponsoring institutions attended Mass celebrated by Most Reverend William S. Skylstad, Bishop Emeritus of Spokane, Honorary Chairperson of the Coalition and Past President of the USCCB.  At the Mass, homilist Bishop Donald Kettler of Fairbanks encouraged the scholars’ work and sharing a story about how rising seas and harsher storms due to climate change are engulfing a village in his diocese.  Several other bishops attended both the conference and celebration of the mass, including: Bishop Frank Dewane of Venice (FL); Bishop John Ricard, Emeritus of Pensacola-Tallahassee; Bishop Jaime Soto of Sacramento.

The final session on Saturday morning summarized what was learned and outline steps moving forward.  We will post more about this important conference in the weeks ahead.

In discussing the book of Job, the students in my 8:30 class found Job’s friends’ explanation of his suffering to be offensive, almost cruel.  One student commented, “it would be like saying Hurricane Sandy was punishing people for the sins, and that’s messed up.” When I asked these students what the response should be, several of them said that they just wanted to know that God was with them, often through the presence of friends and family.  Good intuitions.  I had felt this when friends and family contacted me as the storm was starting.

The students in my next class—literally my 9:30 class —were discussing solidarity.  They were analyzing the term and agreed with John Paul II’s understanding that “This [solidarity] then is not a feeling of vague compassion or shallow distress at the misfortunes of so many people, both near and far. On the contrary, it is a firm and persevering determination to commit oneself to the common good; that is to say to the good of all and of each individual, because we are all really responsible for all.”

Given this, Dr. King concludes, My students seem to grasp this obvious and basic response of caritas, and it is what Catholic Charities (and countless others) put into action.  It does not take advanced degrees to figure this out but is what we find when we attend to our restless hearts. It is what God did in Jesus and calls forth from each of us.  Let us hope this love continues to animate all those responding to and living in the wake of Sandy.

Briar Cliff University, a Franciscan school in Sioux City, IA, will celebrate its Green Week November 11-15, 2012.  The week will include events to discuss what the campus community is working to reduce waste, the differences between tap and bottled water, and how the University can exercise greater ecological stewardship.

As part of the school’s efforts to integrate Catholic mission-based sustainability into its’ Green Week, On Wednesday evening, Nov. 14, during the BCU Charger basketball games in the Newman Flanagan Center on campus, fans making the Saint Francis Pledge, to show their commitment to reduce, reuse and recycle, receive free “Briar Cliff Goes Green” t-shirts.

The national elections are over. So what’s on the legislative agenda for the lame-duck session? By raising our civic voice, we can make sure the 2012 Farm Bill is on that list. The future of healthy farms, food, and communities depends on key reforms in this bill.

As members of Congress returned to Washington this week, a petition with nearly 22,000 signatures was delivered to Congress demanding an equitable, sustainable 2012 Farm Bill. We express our thanks to those who signed this petition.

Please let Congress know we need a farm bill, and we need it now! Join many other voices in making a call to Congress on Thursday, Nov. 15.

Find your Representative’s office number here. The message: Get a farm bill done, and get it done right.

The Union of Concerned Scientists released a report this week stating that as many as 353 coal-fired power generators in 31 states are no longer economically viable compared with cleaner, more affordable energy sources

The old U.S. coal-fired generators are inefficient, dirty, and no longer economically competitive. Simply stated, they are ripe for retirement and should be considered for closure. You can download the full report here.

National Catholic Rural Life Conference will begin to focus attention on how we as a nation can make the transition to a cleaner energy future, such as advocating for renewable energy alternatives and pushing for a carbon tax. We do so in the spirit of caring for Creation and ensuring a safer world for future generations.

Prayer for Peace in Syria

God of Compassion,
Hear the cries of the people of Syria,
Bring healing to those suffering from the violence,
Bring comfort to those mourning the dead,
Strengthen Syria’s neighbors in their care and welcome for refugees,
Convert the hearts of those who have taken up arms,
And protect those committed to peace.

God of Hope,
Inspire leaders to choose peace over violence and to seek reconciliation with enemies,
Inspire the Church around the world with compassion for the people of Syria,
And give us hope for a future of peace built on justice for all.

We ask this through Jesus Christ,
Prince of Peace and Light of the World,
Amen.

Petition: For the people of Syria, that God may strengthen the resolve of leaders to end the fighting and choose a future of peace.
We pray to the Lord…

Petition: For the conflict in Syria, that the Holy Spirit may help all people in Syria choose peace over violence, unity through reconciliation, and a future of peace based on justice.
We pray to the Lord…