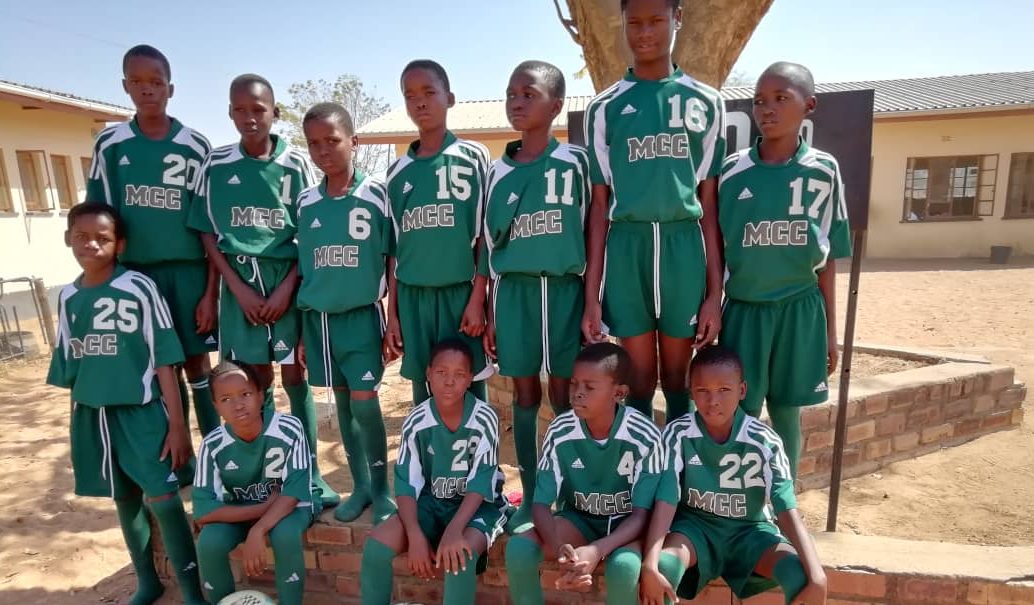 MELBOURNE | Edwin Disang grew up in Mmadinare, Botswana. He came to the U.S. in 2001 on a college scholarship to Wallace State in Alabama, where he met Mike Burke, past president of Melbourne Central Catholic High School (MCC). Disang says soccer changed his life for the better and he had an idea of how it could help others as well.

Last Spring, the MCC girls’ soccer coach and international student advisor said he noticed old supplies and wondered what would happen to them. In talking with other local soccer clubs where his students played, Indialantic and West Shore, he discovered everyone had retired uniforms and equipment that were no longer used. He asked the boys and girls to collect what they could and donate it to his hometown of Mmadinare. MCC agreed to help.

A parent at West Shore High School Soccer’s club team owns a shipping company and volunteered to send whatever was collected. When all was said and done, close to 80 soccer balls, cones, training vests and uniforms were sent to Mmadinare for six primary school teams. Disang said it is something they could never have afforded on their own.

“Soccer is an international sport. It brings people together,” said Disang. “You can be speaking a different language and if you throw a soccer ball, everyone will understand each other.”

Disang’s entire family is still in Mmadinare, except for his wife and son. It’s been several years since he visited, but they are never far from his mind. Soccer is the number one sport in Botswana and he remembers playing as a child and young adult. “Soccer is a big thing for me and for my family. It can build a society. It impacted my life. I am where I am today because of soccer. I came to America because of soccer.” Saturday, Sept. 28 he will be inducted into the Hall of Fame at Grandview College in Iowa where he played for two years.

“It feels good that I did something good to help these kids. They love soccer and now they don’t have to worry about not having a soccer ball to play with. Sometimes we take the littlest things for granted… It means a lot to them to know that someone in America was thinking of them.”

Donations are still filtering in. People are bringing cleats because the students noticed the Mmadinarian children were wearing their uniforms, but had no shoes.

“The Church teaches we are called to do our part in caring for people who are less fortunate and the most vulnerable members of our community,” said Disang. “Our work provides guidance and dignity to those in need.”