Our Lady of Sorrows Memorial – September 15 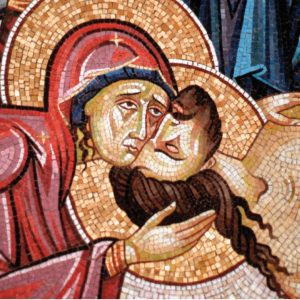 This feast on September 15, a patronage for all the sorrowing, honors Mary’s tribulations as Jesus’ mother. As early as the fourteenth century, Bl. Henry Suso, a German mystic (1295-1366), practiced devotions he called the Five Joys of Mary and the Five Sorrows of Mary.

In 1482, just over a century later, Fr. John de Coudenberghe, a parish priest in Flanders, began preaching a devotion to the Seven Sorrows of Mary. The Servites have celebrated this feast since at least the seventeenth century. In 1814, Pope Pius VII made the feast universal. There are seven biblically based sorrows of Mary:

Our Lady of Sorrows is the patroness of Slovakia.