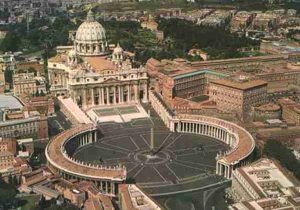 The following are highlights of the activities of Pope Benedict XVI and of the Holy See for the months of September to December 2012. 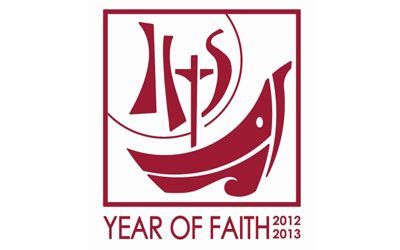 The following are highlights of the activities of Pope Benedict XVI and of the Holy See for the months of September to December 2012.

4: Message from the Holy Father for the funeral of Cardinal Carlo Maria Martini, S.J., archbishop emeritus of Milan, Italy, who died on 31 August at the age of 85.

10: The Holy Father receives the second group of bishops from the Episcopal Conference of Colombia, at the end of their five-yearly “ad limina” visit.

14: Publication of Post-Synodal Apostolic Exhortation of the Special Assembly for the Middle East of the Synod of Bishops, “Ecclesia in Medio Oriente” in Beirut, Lebanon.

18: The Holy Father appoints the Synod Fathers for the Thirteenth Ordinary General Assembly of the Synod of Bishops, which takes place from 7 to 28 October on the theme “The new evangelisation for the transmission of the Christian faith”.

20: Cardinal Fortunato Baldelli, penitentiary major emeritus of the Apostolic Penitentiary, dies at the age of 77.

21: The Holy Father receives prelates from the Episcopal Conference of France on their “ad limina” visit.

25: “God, the unknown. Dialogue between believers and non-believers” is the theme of the “Atrium of St. Francis”, an initiative organised by the Pontifical Council for Culture, the Holy Convent of Assisi and the “Oicos Riflessioni” Association.

4: Pastoral visit to Loreto, Italy, to commemorate the fiftieth anniversary of the Blessed Pope John XXIII’s pilgrimage to the Marian city.

5: By a decree made public today and signed by Cardinal Manuel Monteiro de Castro and Bishop Krzysztof Nykiel, respectively penitentiary major and regent of the Apostolic Penitentiary, Benedict XVI grants faithful Plenary Indulgence for the occasion of the Year of Faith. The indulgence will be valid from the opening of the Year on 11 October 2012 until its end on 24 November 2013.

7-28: Thirteenth Ordinary General Assembly of the Synod of Bishops, on the theme: “The New Evangelisation for the Transmission of the Christian faith”.

8: Benedict XVI proclaims St. John of Avila and St. Hildegard of Bingen as Doctors of the Universal Church and presides at the Eucharistic celebration during which he inaugurates the thirteenth Ordinary General Assembly of the Synod of Bishops.

8: Cardinal Lucian Muresan, major archbishop of Fagaras and Alba Julia of the Romanians, Romania, takes possession of the title of Sant’Atanasio, Via del Babuino 149, Rome.

10: In the general audiences, an Arabic speaker joins the other speakers providing a summary of the papal catechesis in various different languages.

11: Beginning of the Year of Faith.

18: Archbishop Dominique Mamberti, secretary for Relations with States, receives the Letters of Credence of Carl-Henri Guiteau, ambassador of Haiti to the Holy See.

20: The “Ratzinger Prize” is conferred upon historian and philosopher Remi Brague, and scholar of patrology and theology Fr. Brian Edward Daley S.J.

21: Papal Mass for the canonisation of seven new saints: Jacques Berthieu, martyr and priest of the Society of Jesus (1838-1896); Pedro Calungsod, lay catechist and martyr (1654-1672); Giovanni Battista Piamarta, priest and founder of the Congregation of the Holy Family of Nazareth and of the Congregation of the Humble Sister Servants of the Lord (1841-1913); Maria del Carmen (born Maria Salles y Barangueras), foundress of the Conceptionist Missionary Sisters of Teaching (1848-1911); Marianne Cope, nee Barbara, religious of the Sisters of the Third Order of St. Francis in Syracuse U.S.A. (1838-1918); Kateri Tekakwitha, laywoman (1656-1680), and Anna Schaeffer, laywoman (1882-1925).

25: Cardinal Edwin Frederick O’Brien, grand master of the Equestrian Order of the Knights of the Holy Sepulchre of Jerusalem, takes possession of the diaconate of San Sebastiano al Palatino, Via di San Bonaventura, Rome.

29: Pope’s Message for the ninety-ninth World Day of Migrants and Refugees (13 January 2013) on the theme: “Migrations: Pilgrimage of Faith and Hope”.

31: The Holy Father presides at the first Vespers of the Solemnity of All Saints in the Sistine Chapel to commemorate the five-hundredth anniversary of the unveiling of the ceiling frescoes painted by Michelangelo between 1508 and 1512.

10: By the Motu Proprio “Latina lingua” Benedict XVI establishes the Pontifical Academy for Latin, under the auspices of the Pontifical Council for Culture.

12: The Holy Father visits the Sant Egidio Community’s “Viva gli Anziani” rest home for the elderly in Rome, to mark the occasion of the European Year for Active Ageing and Solidarity Among Generations.

16: Holy Father’s Message for the 28th World Youth Day 2013, which will take place in Rio de Janeiro, Brazil, in July 2013, with the title “Go and make disciples of all nations!”

17: Pope’s address to prelates from the Episcopal Conference of France on their “ad limina” visit.

20: Presentation to the international press of the book “The Infancy Narratives”, third volume of Joseph Ratzinger-Benedict XVI’s “Jesus of Nazareth” trilogy.

24: Ordinary Public Consistory for the creation of six new cardinals.

30: Pope’s address to the third group of prelates from the Episcopal Conference of France on their “ad limina” visit.

9: Inauguration of the International Congress “Ecclesia in America” on the Church in the American continent with a Eucharistic celebration in St. Peter’s Basilica.

16: Third Sunday of Advent “Gaudete”, pastoral visit to the Roman parish of San Patrizio al Colle Prenestino, celebration of the Eucharist at 9.30 a.m.

17: The Holy Father receives in audience Mahmoud Abbas, president of the Palestinian Authority.