Following are highlights of the activities of Pope Benedict XVI and of the Holy See for the months of May to July 2012. 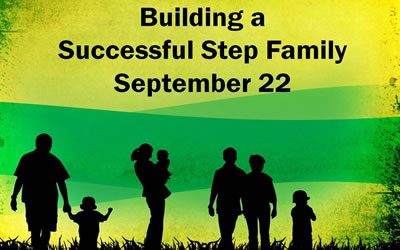 Following are highlights of the activities of Pope Benedict XVI and of the Holy See for the months of May to July 2012.

4: The Pope receives five new non resident ambassadors to the Holy See for the presentation of thier Letters of Credence: Teshome Toga Chanaka of Ethiopia, David Cooney of Ireland, Naivakarurubalavu Solo Mara of the Republic of Fiji, Viguen Tchitetchian of Armenia and Dato’ Ho May Young, the first ambassador of Malaysia to the Holy See.

5: The Holy Father receives a group of prelates from the United States Conference of Catholic Bishops (Regions 10 to 13) at the end of their “ad limina” visit.

5: The Holy Father receives in audience Bamir Topi, president of the Republic of Albania.

13: Benedict XVI makes a pastoral visit to the Italian region of Abruzzo.

18: The Holy Father receives a final group from the United States Conference of Catholic Bishops, whose prelates have been travelling to Rome over the past six months on their quinquennial “ad limina Apostolorum” visits.

24: The Holy Father receives participants in the sixty-fourth general assembly of the Italian Episcopal Conference.

24: The Pope receives in separate audiences Rosen Plevneliev, president of the Republic of Bulgaria, and Nikola Gruevski, prime minister of the former Yugoslav Republic of Macedonia, each accompanied by a delegation, for the commemoration of the Feast of Sts. Cyril and Methodius.

27: After celebrating Mass for the Solemnity of Pentecost, the Holy Father announces that on 7 October he will proclaim St. John of Avila and St. Hildegard of Bingen as Doctors of the Universal Church.

9: Benedict XVI receives in audience prelates from the Catholic Bishops’ Conference of Papua New Guinea and Solomon Islands, at the end of their “ad limina” visit.

15: The Holy Father receives in audience Nassir Abdulaziz al-Nasser, president of the sixty-sixth session of the General Assembly of the United Nations.

16: The International Theological Commission updates its webpage. The page is to be found on the Vatican website (www.vatican.va) under the section dedicated to the Congregation for the Doctrine of the Faith.

17: A video message from Benedict XVI is transmitted at the end of the closing Mass of the fiftieth International Eucharistic Congress, which was held in Dublin, Ireland, from 10 to 17 June on the theme: “The Eucharist. Communion with Christ and with One Another”.

20: The Holy Father receives in audience Valdis Dombrovskis, prime minister of the Republic of Latvia.

22: The Holy Father receives a first group of prelates from the Episcopal Conference of Colombia, at the end of their “ad limina” visit.

25: The American journalist Gregory Burke, currently Rome correspondent for Fox News, is designated for the post of “communications advisor” to the Secretariat of State.

26: Benedict XVI visits areas in the Italian region of Emilia Romagna which have been badly affected by a series of earthquakes.

9: Benedict XVI makes a private visit to to the “Ad Gentes” Centre of the Verbite Missionaries in Nemi, a village near Castelgandolfo.

10: The Holy Father makes a pastoral visit to the Italian diocese of Frascati, near Rome.

16: Announcement of the theme chosen by the Holy Father for the forty-sixth World Day of Peace, which will fall on 1 January 2013: “Blessed are the peacemakers”.

25: Publication by the Pontifical Council for the Pastoral Care of Migrants and Itinerant Peoples of the Message for World Tourism Day. The theme for this year’s Day, which falls on 27 September, is: “Tourism and Sustainable Energy: Powering Sustainable Development”.