Permanent Diaconate In The Diocese of Orlando

Who is the Deacon? The origins of the permanent diaconate are found in scripture beginning with the selection of the first seven deacons (Acts 6:1-6) and Saint Paul’s outline of the qualification of those who would be called to serve others as deacons (1 Tim 3:8-13). For me… 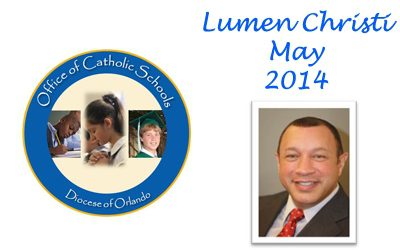 A little known fact is that there are 196 Permanent Deacons serving in the Diocese of Orlando at 72 of the 93 Parishes and Missions throughout the Diocese.  These deacons come from all walks of life and from many parts of the United States and a few foreign countries.  What they have in common is that they all have been called and ordained as Clergy – not to the priesthood, but unto a ministry of service.  The deacon “gives witness in the world of today, as well as in the working world, of the presence of faith, of the sacramental ministry and the diaconal dimension of the sacrament of Orders: (Pope Benedict XVI 2008).  But who is the deacon?

by Deacon David Gray, Director of Diaconate, Diocese of Orlando

Who is the Deacon?

The origins of the permanent diaconate are found in scripture beginning with the selection of the first seven deacons (Acts 6:1-6) and Saint Paul’s outline of the qualification of those who would be called to serve others as deacons (1 Tim 3:8-13). For me, the real example and testimony of who the identity of the deacon is can be found by looking at the Church’s first martyr, Saint Stephen. Saint Stephen was one of the first seven deacons. He began to serve the poor and preach to the people about Jesus. More and more people converted to Christianity. The high priests of the temple were jealous of Saint Stephen’s successes, and accused him of blasphemy – telling lies about God. They took him in front of a judge, just as they did Jesus. At the trial, Saint Stephen kept teaching about Jesus. He told the judges that they were hard-hearted murderers of Jesus Christ, the Son of God. When the crowd heard this, they became so angry that they stopped the trial, dragged Saint Stephen outside and threw rocks at him. 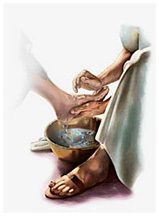 Saint Stephen forgave the people who were stoning him, and asked God not to punish the people. Then he said, “Lord Jesus, receive my spirit.” and died. Saint Stephen was the first Christian martyr, the first person to die because he loved Jesus so much that he wouldn’t stop talking about Him.

Sometimes the deacon is seen as a helper for his pastor – simply picking up ministerial roles that there aren’t enough priests these days to perform. This view does not reflect the nature of the deacon who is called to be the Sacramental sign of the servant as Christ is the servant to all. As the Sacramental sign, the deacon’s ministry is always present – in his home, at his parish and where he works in the secular world. His ministry is often described as three legs of a stool – if one leg is missing the stool will be out of balance. The deacon should always be seen in one of these three-fold ministries:

Finally, the deacon is an ordained minister configured to Christ’s consecration and mission – “a sacred minister and a member of the hierarchy”. The deacon is called to distinct identity and integrity in the Church – a cleric who is ordained to diakonia, namely, a service to God’s People in communion with the bishop and his body of priests.