Please pray for the repose of the soul of Monsignor Terence J. Farrelly. 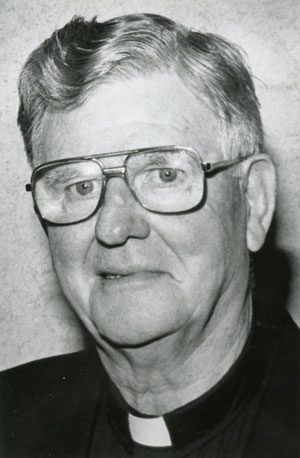 Monsignor Terence Joseph Farrelly died peacefully in his home in Rockledge on April 29, 2014. 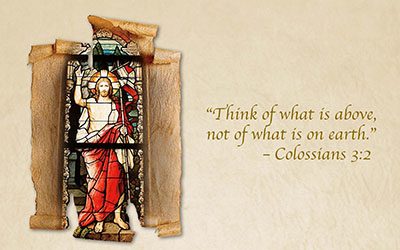 Monsignor Terence Joseph Farrelly died peacefully in his home in Rockledge on April 29, 2014.  He was 90 years old. Monsignor Farrelly was born on Feb. 10, 1924 in Kingscourt, County Cavan, Ireland. He is predeceased by his father, Michael, and mother, Catherine, née Reilly.

Throughout the years, Monsignor Farrelly also served as diocesan director of hospitals; diocesan consultor; dean of clergy; diocesan chaplain for the Knights of Columbus; and director of Catholic Charities. In 1965, Pope John Paul VI named him a papal chamberlain and conferred upon him the title of monsignor for his distinguished service.

Monsignor Farrelly will be remembered as a kindly priest with a deep love of teaching the Catholic faith to all the people.

Visitation will be held on Monday, May 5 from 12 noon – 6 p.m.  at Beckman-Williamson Funeral Home, 5400 Village Drive, Rockledge with a prayer service concluding the Visitation at 5 p.m. A viewing will be held on May 6, 9-10 a.m. at St. James Cathedral, 215 N. Orange Ave., Orlando.  Bishop John Noonan will celebrate a Funeral Mass on Tuesday, May 6 at 10:30 a.m. at St. James Cathedral.  The interment will take place at San Pedro Center, 2400 Dike Road in Winter Park.  In lieu of flowers, donations may be made to the Priests’ Retirement Fund, c/o The Catholic Foundation of Central Florida, P.O. Box 4905, Orlando, FL 32802.