Pope: Advance in Ways of Ecumenism and Cooperate in Service of More Just and Fraternal Society 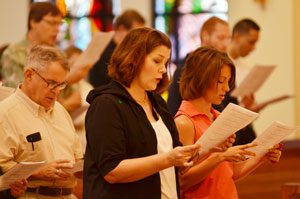 On January 17, the Pope received in audience an ecumenical delegation from the Lutheran Church of Finland during their annual pilgrimage to Rome on the occasion of the feast of Saint Henry of Uppsala, patron saint of Finland. 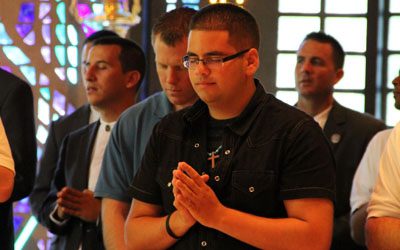 On January 17, the Pope received in audience an ecumenical delegation from the Lutheran Church of Finland during their annual pilgrimage to Rome on the occasion of the feast of Saint Henry of Uppsala, patron saint of Finland.

The Holy Father once again showed his pleasure in receiving the delegates on this traditional visit, observing that it was also fitting that the meeting took place on the eve of the celebrations to take place during the Week of Prayer for Christian Unity. The theme for this year’s ecumenical Week of Prayer, “What does God require of us?”, is taken from a passage in the book of the prophet Micah.

“The Prophet,” said the Pope, “makes clear, of course, what the Lord requires of us. It is ‘to do justice, to love kindness, and to walk humbly with our God’. The Christmas season that we have just celebrated reminds us that it is God who from the beginning has walked with us and who, in the fullness of time, took flesh in order to save us from our sins and to guide our steps in the way of holiness, justice and peace.”

“Walking humbly in the presence of the Lord, in obedience to his saving word and with trust in his gracious plan, serves as an eloquent image not only of the life of faith, but also of our ecumenical journey on the path towards the full and visible unity of all Christians. On this path of discipleship, we are called to advance together along the narrow road of fidelity to God’s sovereign will in facing whatever difficulties or obstacles we may eventually encounter.”

Therefore, “to advance in the ways of ecumenical communion,” the pontiff emphasized, “demands that we become ever more united in prayer, ever more committed to the pursuit of holiness, and ever more engaged in the areas of theological research and cooperation in the service of a just and fraternal society. Along this way of spiritual ecumenism, we truly walk with God and with one another in justice and love, for, as the Joint Declaration on the Doctrine of Justification affirms: ‘We are accepted by God and receive the Holy Spirit, who renews our hearts while equipping and calling us to good works’.”

The Pope concluded his address expressing the desire that the Finnish delegation’s visit to Rome “will help to strengthen ecumenical relations between all Christians in Finland. Let us thank God for all that has been achieved so far and let us pray that the Spirit of truth will guide Christ’s followers in your country towards ever greater love and unity as they strive to live in the light of the Gospel and to bring that light to the great moral issues facing our societies today. By walking together in humility along the path of justice, mercy and righteousness which the Lord has pointed out to us, Christians will not only dwell in the truth, but also be beacons of joy and hope to all those who are looking for a sure point of reference in our rapidly changing world.”

Bishop John Noonan invites you to the Diocese of Orlando’s Prayer Service for Christian Unity on January 25 from 10:30-11:30 a.m. at St. Luke Episcopal Cathedral, 130 North Magnolia Avenue, Orlando. Join Christians everywhere in praying as Jesus prayed “so that they may all be one” (John 17:21). Joining us for this prayer service will be fellow Christians from a diversity of ecclesial communities including, Episcopalians, Lutherans, Baptists, Evangelicals and others.

Catholics and other Christians around the world will celebrate the Week of Prayer for Christian Unity (January 18-25, 2013). This year’s theme is based on Micah 6:6-8, “What does God require of us?”

As we celebrate the Year the Faith, and the 50th Anniversary of the opening of the Second Vatican Council, we also recall the importance of working for the unity of all Christians. In the Council’s decree on ecumenism, Unitatis Redintegratio, all of us are summoned to strive for the visible unity of the Christian faithful “The attainment of union is the concern of the whole Church, faithful and shepherds alike. This concern extends to everyone, according to his talent…” (Unitatis Redintegratio 2:5)

A reception will follow the prayer service. Please R.S.V.P. to Alejandro Luciano, 407-246-4819 or advocacyjustice@orlandodiocese.org. Parking is available at the northwest corner of Orange Avenue and Robinson Street (adjacent to State Street). There are limited metered spots along Jefferson Street by St. Luke’s Cathedral for $1.25 (for 1 ½ hours).