Pope Francis: Follow the Great Desires of the Heart and Do Not Settle for a Mediocre Life 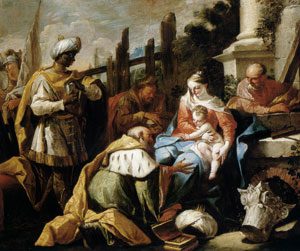 On January 6, the Solemnity of the Epiphany of the Lord, Pope Francis celebrated Holy Mass in the Vatican Basilica. After the proclamation of the Gospel and the announcement of the day of Easter, which falls on 20 April this year, the Pontiff pronounced a homily. 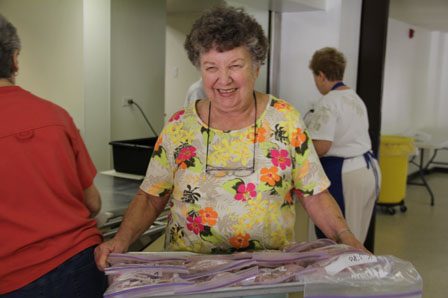 On January 6, the Solemnity of the Epiphany of the Lord, Pope Francis celebrated Holy Mass in the Vatican Basilica. After the proclamation of the Gospel and the announcement of the day of Easter, which falls on 20 April this year, the Pontiff pronounced a homily.

The Holy Father considered the expression “Lumen requirunt lumine”, which refers to the experience of the Magi: “following a light, they were searching for the Light. The star appearing in the sky kindled in their minds and in their hearts a light that moved them to seek the great Light of Christ. The Magi followed faithfully that light which filled their hearts, and they encountered the Lord”.

“The destiny of every person is symbolized in this journey of the Magi of the East”, continued the Pope. “Our life is a journey, illuminated by the lights which brighten our way, to find the fullness of truth and love which we Christians recognize in Jesus, the Light of the World. Like the Magi, every person has two great ‘books’ which provide the signs to guide this pilgrimage: the book of creation and the book of sacred Scripture. What is important is that we be attentive, alert, and listen to God who speaks to us”.

“The Gospel tells us that the Magi, when they arrived in Jerusalem, lost sight of the star for a time. They no longer saw it. Its light was particularly absent from the palace of King Herod: his dwelling was gloomy, filled with darkness, suspicion, fear, envy. Herod, in fact, proved himself distrustful and preoccupied with the birth of a frail Child whom he thought of as a rival. In reality Jesus came not to overthrow him, a wretched puppet, but to overthrow the Prince of this world! Nonetheless, the king and his counselors sensed that the foundations of their power were crumbling. They feared that the rules of the game were being turned upside-down, that appearances were being unmasked. A whole world built on power, on success, possessions and corruption was being thrown into crisis by a child! Herod went so far as to kill children”.

“The Magi were able to overcome that dangerous moment of darkness before Herod, because they believed the Scriptures, the words of the prophets which indicated that the Messiah would be born in Bethlehem. And so they fled the darkness and dreariness of the night of the world. They resumed their journey towards Bethlehem and there they once more saw the star, and the Gospel tells us that they experienced ‘a great joy’.

“One aspect of the light which guides us on the journey of faith is holy ‘cunning’. This holy ‘cunning’ is also a virtue. It consists of a spiritual shrewdness which enables us to recognize danger and avoid it. The Magi used this light of ‘cunning’ when, on the way back, they decided not to pass by the gloomy palace of Herod, but to take another route. These wise men from the East teach us how not to fall into the snares of darkness and how to defend ourselves from the shadows which seek to envelop our life. … We need to welcome the light of God into our hearts and, at the same time, to cultivate that spiritual cunning which is able to combine simplicity with astuteness, as Jesus told his disciples: ‘Be wise as serpents and innocent as doves’.”

“On the feast of the Epiphany, as we recall Jesus’ manifestation to humanity in the face of a Child, may we sense the Magi at our side, as wise companions on the way”, concluded the Holy Father. “Their example helps us to lift our gaze towards the star and to follow the great desires of our heart. They teach us not to be content with a life of mediocrity, of ‘playing it safe’, but to let ourselves be attracted always by what is good, true and beautiful. … by God, who is all of this, and so much more! And they teach us not to be deceived by appearances, by what the world considers great, wise and powerful. … We must press on towards Bethlehem, where, in the simplicity of a dwelling on the outskirts, beside a mother and father full of love and of faith, there shines forth the Sun from on high, the King of the universe. By the example of the Magi, with our little lights, may we seek the Light and keep the faith”.