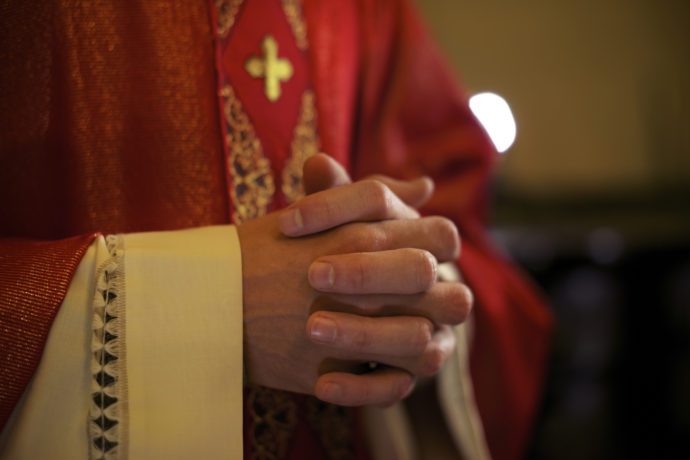 June Intention: The Mode of Life of Priests. That priests, through the modesty and humility of their lives, commit themselves actively to a solidarity with those who are most poor.

Jesus institutes the Sacrament of Priesthood at the Last Supper, when He gave His Body and Blood to His Apostles. Every Catholic priest looks on this moment as the foundation of that ministry in which he has a share. Jesus very consciously chose to make clear this institution’s inner meaning by performing an extraordinary act of humility and love at that same meal. Jesus washed the Apostles’ feet.

Peter’s reaction shows the radical humility of Jesus’ choice. “You shall never wash my feet.” Jesus’ action contradicted Peter’s expectations of the relationship between a teacher and disciple. He perceived how much Jesus was putting off His glory, as it were, and demonstrating clearly that He “came not to be served, but to serve.” Jesus’ self-effacing posture is directly linked to the meaning of the Eucharist – to His Body, which is given up for us. Jesus’ gift did not stop at washing the Apostles’ feet; no, He would walk willingly to the Cross for all of them, for all of us – poor, abandoned, and unattractive in the world’s eyes.

Every priest is called to make his own Jesus’ words, “This is my Body which is given for you,” not only during the Eucharist, but in every aspect of life. Jesus’ every act was coherent with what He preached, and His giving Himself in the Eucharist totally harmonious with His own self-emptying for all. Jesus puts aside His glory, becomes a servant to the Apostles, and – in doing so – in an astonishing way reveals who He is. For a priest, as for all Christians, the gifts of modesty, humility, and poverty come through the Paschal Mystery, in which Christ became a servant and called us to do the same.