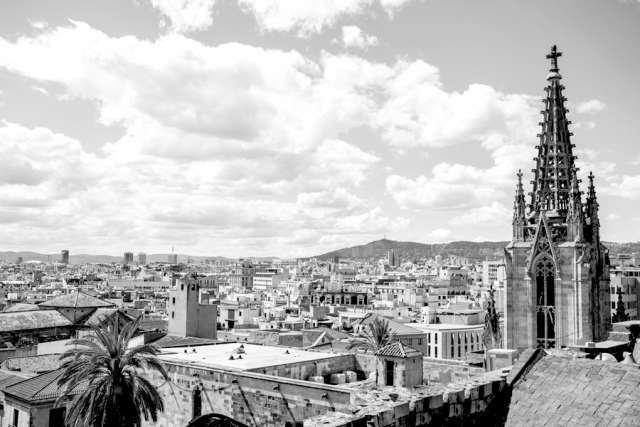 Catholic leaders voiced prayers for victims after a van sped into a crowd of people in the Las Ramblas tourist area of Barcelona on Thursday, killing at least 13 and injuring dozens more.

“The Holy Father has learned with great concern what is happening in Barcelona,” said a statement from the Holy See press office. “The Pope prays for victims of this attack and wishes to express his closeness to all the Spanish people, in particularly the injured and families of the victims.”

Bishop José Gil Tamayo, secretary general of the Spanish Bishops Conference, also released a statement, saying on Twitter, “We follow with concern and prayers the situation of victims of the mass outrage in Las Ramblas. Our solidarity with the victims and Barcelona.”

Witnesses reported that the van appeared to move deliberately as it mowed down people in the crowded pedestrian zone, according to the BBC. Local media reported that the driver fled on foot, and that a suspect was later arrested.

Police confirmed that at least 13 people were killed in the attack and some 50 injured. They declared the incident a terrorist attack.