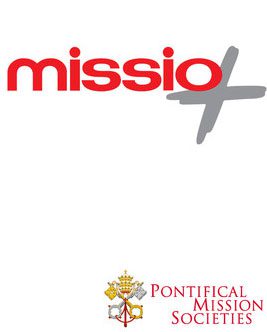 On the Friday before Pentecost Sunday, Pope Francis “unlocked” a new media initiative of the Pontifical Mission Societies in the United States — MISSIO App. 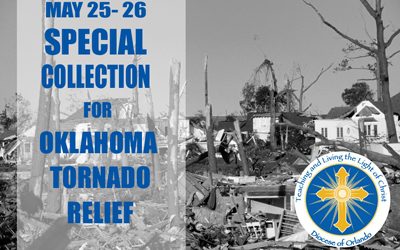 MISSIO App features world news through the eyes of the Church; Available for free download in eight languages

On the Friday before Pentecost Sunday, Pope Francis “unlocked” a new media initiative of the Pontifical Mission Societies in the United States — MISSIO App.

“This App is a way for the Church and our Holy Father to reach the growing number of the world’s people who have access to handheld mobile devices — a way to connect as the one Body of Christ,” said Father Andrew Small, OMI, National Director of the Pontifical Mission Societies.  “We’re delighted our new Holy Father will ‘unlock’ the new App. What a great use of the Keys of St. Peter!” The launch will take place during an audience with the Pope of the National Directors of the Pontifical Mission Societies who are participating in the annual meeting to distribute collected funds.

“Handheld mobile devices and smartphones are increasingly democratizing the information superhighway, and have a capacity to empower the poor in particular,” said Father Andrew.  “In fact, by the end of 2013, there will be more mobile devices on earth than people.  Smartphones worldwide exceed one billion, growing globally by some 40 percent a year, especially in the some of the poorest parts of the world served by the Pontifical Mission Societies, namely in Africa and Asia.”

Over three-quarters of Americans age 43 and under now use a smartphone. Research suggests mobile technology could benefit education in poor countries.

“The response of the Pope’s Twitter account has been phenomenal,” continued Father Andrew.  “Jesus called people to be His followers, and if used properly, the new media allow for a more intimate relationship between peoples and nations, fostering peace and mutual-understanding.”

“Ever since his election, Pope Francis has reached far beyond the Vatican, touching people’s lives in simple and meaningful ways,” noted Father Andrew.  “His great message of unity and communion will be expressed in this unique event, as he puts the missionary Gospel in the pockets of millions of people, young and old, rich and poor, believer and searcher.”

“With mission stories available in eight languages – English, Spanish, Italian, German, French, Portuguese, Chinese and Arabic – the App fits very well with the Church’s celebration of Pentecost, when the disciples began preaching the Good News in all tongues and dialects,” he added.

Supported by Apple and Android devices, the App provides the Pope’s daily homily, and includes news from Rome and around the world.  Sources are FIDES, the international news agency of the Pontifical Mission Societies, and the Vatican’s own news site, News.va.  There are videos as well, from Catholic News Service and News.va.  MISSIO App includes photographs from various Missions around the world, intended to encourage personal reflection and prayer.  There is also the opportunity for mission support.

To create the MISSIO App, the Pontifical Mission Societies commissioned Little i Apps, LLC, an App development company headed by Catholics committed to making connections, when able, between digital and sacred spaces, contributing in this way to efforts for the new evangelization. The MISSIO App may be downloaded free wherever Apps are available.

Given the title “Pontifical” in 1922, the Pontifical Mission Societies have special responsibility in the Universal Church.  They are under the direct canonical jurisdiction of the Pope, who, together with the entire body of Bishops, remind the faithful of their Baptismal call to mission, as they gather basic support for more than 1,150 mission dioceses in Asia, Africa, the Pacific Islands and Latin America.  Day in and day out, the Pontifical Mission Societies keep going some 9,000 clinics caring for the sick and dying, 10,000 orphanages, providing a place of safety and shelter, and 1,200 schools, educating children in some of the poorest parts of our world.  All of these operate in 1,150 mission dioceses, mostly in Africa and Asia, where those in need receive an education and health care, while experiencing the loving heart of the Lord through the service of priests, religious Sisters and Brothers, and lay faithful.  Supporting those who proclaim Christ in all they do, in their words, witness and service – knowing that the Person and presence of the Lord is the greatest gift we offer – the Pontifical Mission Societies include the Society for the Propagation of the Faith, the Missionary Childhood Association, the Society of St. Peter Apostle, and the Missionary Union of Priests and Religious.  For more information, visit www.OneFamilyInMission.org.