“The trafficking of persons is an ignoble activity, a disgrace to our society that calls itself ‘civilized’!” 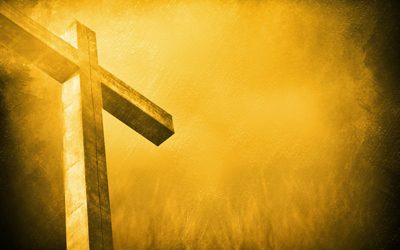 “The trafficking of persons is an ignoble activity, a disgrace to our society that calls itself ‘civilized’!” Exploiters and clients at all levels should make a serious examination of conscience, within themselves and before God!” These were the Pope’s words to the participants in the plenary assembly of the Pontifical Council for the Pastoral Care of Migrants and Itinerant People, gathered in Rome to discuss the issue of “The Church’s Pastoral Care in the Context of Forced Migration”.

The assembly coincides with the publication of the document: “Welcoming Christ in Refugees and Persons Displaced by Force”, which calls attention to the millions of refugees, displaced, and stateless persons. It also addresses the scourge of human trafficking, which more and more frequently affects children who suffer the worst forms of abuse, including being forced into armed conflicts.

“Today,” the pontiff exclaimed, “the Church renews her strong call that the dignity and centrality of each person be always protected, in respect of fundamental rights … rights that she asks be concretely extended to the millions of men and women in every continent whose rights are not recognized. In a world where there is so much talk of rights it seems that the only one to have rights is money. … We are living in a world ruled by money. We live in a world, in a culture ruled by the fetishism of money.” In this context, the Pope noted that the dicastery responsible for the pastoral care of migrants and itinerant people is very worried by “situations where the family of nations is called to intervene in a spirit of fraternal solidarity with programs of protection, often established against the backdrop of tragic events that almost daily are affecting the lives of many people. I express my appreciation and my gratitude and encourage you to continue along the path of service to our poorest and most marginalized brothers and sisters.”

The attention of the Church, who is “mother”, is expressed “with special tenderness and closeness for those forced to flee their country and live in-between rootlessness and integration. This tension destroys a person. Christian compassion—this ‘suffering with’ [con-passione]—is expressed above all in the commitment to know about the events that force one to leave their country and, where necessary, in giving voice to those who are unable to make their cry of sorrow and oppression heard. In this,” he said to the assembly’s participants, “you carry out an important task, as well as in making the Christian communities aware of their many brothers and sisters who are marked by wounds that scar their existence: violence, abuse of power, distance from family, traumatic events, flight from home, and uncertainty about their future in refugee camps. These are all dehumanizing elements and they must compel every Christian and the entire community to a concrete attention.”

However, the Holy Father also invited them to also see in the eyes of refugees and forcibly displaced persons ”the light of hope. It is a hope that is expressed in expectation for the future, the desire for friendly relationships, the desire to participate in the society that is hosting them, even through language learning, access to employment, and education for the youngest. I admire the courage of those who hope to gradually resume a normal life, awaiting joy and love to return and lighten their existence. We all can and must nurture that hope!”

Finally, the Pope launched an appeal to governments, legislators, and the entire international community to face the reality of forcibly displaced persons “with effective initiatives and new approaches to safeguard their dignity, to improve the quality of their lives, and to meet the challenges that emerge from modern forms of persecution, oppression, and slavery. It is, I emphasize, human persons who appeal to the solidarity and support, who need urgent measures, but also and above all who need understanding and goodness. Their condition cannot leave us indifferent.”

“As Church,” he concluded, “we remember that when we heal the wounds of refugees, displaced persons, and victims of trafficking, we are practicing the commandment of love that Jesus has left us; when we identify with the stranger, with those who are suffering, with all the innocent victims of violence and exploitation. … Here I would also like to recall the care that every pastor and Christian community must have for the journey of faith of Christian refugees and those forcibly uprooted from their lives, as well as for that of Christian emigrants. They require special pastoral care that respects their traditions and accompanies them in a harmonious integration into the ecclesial reality in which they find themselves. Let us not forget the flesh of Christ, who is in the flesh of the refugees. Their flesh is that of Christ.”