Pope’s Final Activities, Possibility of a Motu Proprio, Relationship with the Society of St. Pius X 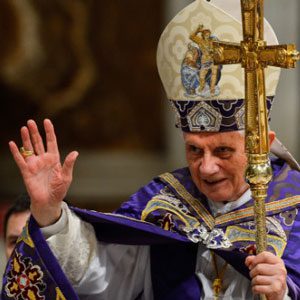 This morning Fr. Federico Lombardi, director of the Holy See Press Office, presented information related to the Holy Father’s calendar and clarified some issues that have been raised in the past few days. 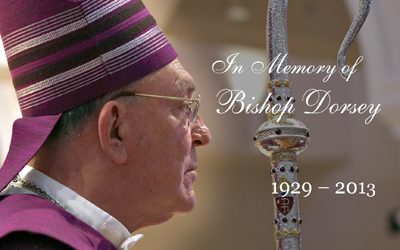 This morning Fr. Federico Lombardi, director of the Holy See Press Office, presented information related to the Holy Father’s calendar and clarified some issues that have been raised in the past few days.

At 9:00am on Saturday, 23 February, the Holy Father and the Roman Curia will conclude their spiritual exercises. Traditionally, the Pope addresses those present briefly. That same day, at 11:30am, he will meet with the President of the Italian Republic Giorgio Napolitano. On Sunday, 24 February, Benedict XVI will pray the last Angelus of his pontificate with the faithful gathered in St. Peter’s Square. On Wednesday, 27 February, Benedict XVI’s final general audience will take place in St. Peter’s Square in the usual fashion, except for his re-entry to the Apostolic Palace, the path of which will wind around the square in the popemobile so that he may greet the many participants who are expected (to date, over 30,000 people have requested tickets). On 28 February, as announced in a notice from the Papal Household, he will personally greet all the cardinals present in Rome, that is, both those who are resident here and those who have come to the capitol in recent days. There will be no speech.

Regarding his departure from the Vatican, shortly before 5:00pm, the Pope will greet Cardinal Secretary of State Tarcisio Bertone, S.D.B., in the San Damaso Courtyard and, upon reaching the Vatican heliport, will bid farewell to Cardinal Angelo Sodano, dean of the College of Cardinals. On arrival at Castel Gandolfo he will be received by the president and secretary of the Governorate of Vatican City, the mayor of the town, and other civil authorities and will appear at the balcony of the Apostolic Palace to greet the faithful present.

On a different topic, the director of the Holy See Press Office has stated that the date of the conclave is established by the congregation of cardinals during the Sede vacante, independently of a possible Motu Proprio from the Holy Father that could specify some details of the Apostolic Constitution “Universi Dominici Gregis”.

Regarding the issue of the Society of St. Pius X, he reaffirmed that the date of 22 February to decide the issue is pure hypothesis and that Benedict XVI has decided to entrust the matter to the next Pope, therefore, a definition of relations with that society should not be expected by the end of this pontificate.

In conclusion, he confirmed that the Commission of Cardinals (Julian Herranz, Jozef Tomko, and Salvatore De Giorgi) set up by the Holy Father to prepare a report on the Holy See has made its results known exclusively to the Pope. The cardinals will not grant interviews or otherwise comment on the results.