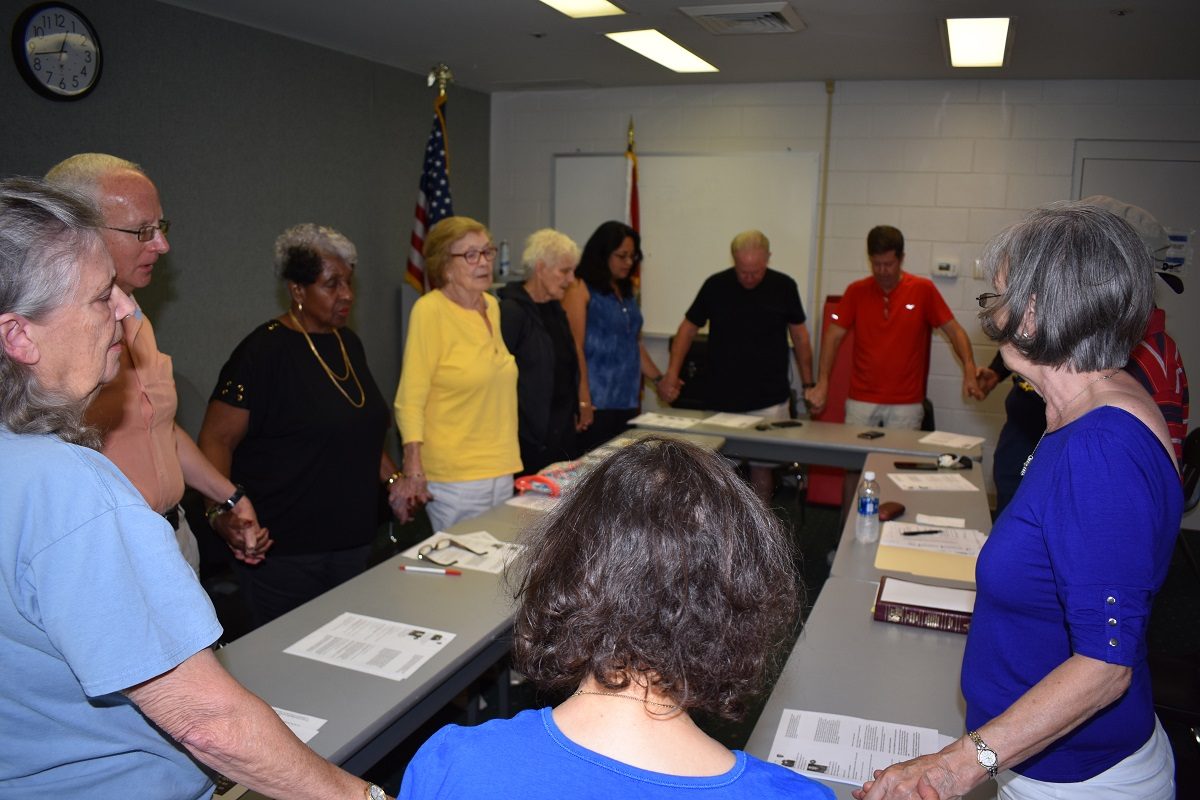 Every first Friday of the month, parishioners from Most Precious Blood Parish, Oviedo, and church goers from up to 10 different denominations gather at the Oviedo Police Station to pray for the safety of police officers and firemen throughout the nation.

Deacon David Camous of Most Precious Blood Parish has many police officers and firefighters in his family whom he prays for daily. “This prayer just extends that prayer to the greater community,” he said. “I think it’s important to the church because, we are not only members of the community, but we are leaders of the community. I think leading through prayer is a very important contribution we make. Too often we think we need to take personal action, but we can invoke God’s presence in a situation such as this. These men and women that are the ones that run toward the fire, towards the harm when the rest of us want to run away. Sometimes we only see the uniform and forget the people behind, but they are our brothers and sisters, made in the image of God too.”

The 30-minute prayer service started at a nearby satellite office for deputies with David McCoy of WaterStone Fellowship Church in Oviedo. Fellow member Linda Wiehagen suggested they do the same for the police and fire department. The prayer warriors are now in their second year. They pray for fallen responders by name, reading a brief obituary about each of them, for their families and those who are sick. At the forefront of their recent prayers is Officer Kevin Valencia, the police officer shot during the attempted rescue of four children who were murdered in Orlando last month. Oviedo Police Chief Dale Coleman noted, “With all the violence in the world today, having extra prayers is always a good thing.”

Oviedo Fire Chief Lars White actively advocates support for his 54 firefighters. “As a Christian, I know what it means to have prayers over you for protection.” He acknowledged, “We’ve definitely seen miracles. It’s nothing our human hands could have done. Lives have been saved, particularly in trauma calls. You just know it is God’s blessing that has allowed that outcome and directed it. He’s used us, but it’s not us.”