Pope Benedict XVI presented his 2011 Lenten Message during a press conference earlier this week. The title of this year’s Message is: “You were buried with Him in Baptism, in which you were also raised with Him”. 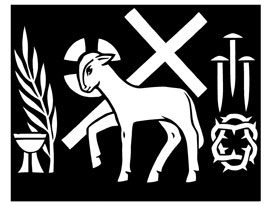 Pope Benedict XVI presented his 2011 Lenten Message during a press conference earlier this week. The title of this year’s Message is: “You were buried with Him in Baptism, in which you were also raised with Him”.

Referring to the bonds between Baptism and charity, which the Holy Father emphasises in his Message, Cardinal Sarah affirmed that “in the face of the very real suffering that we encounter on a global level … we are obliged to seek out concrete solutions to alleviate misery. … But Christ founded the Church to give much more. Suffering, both global and personal, … requires an answer that only the possession of eternal life can give”, as promised by Baptism. The new nature received in Baptism “is the source of specific deeds of charity on behalf of our brothers and sisters”, he explained.

The president of “Cor Unum” then went on to identify three elements of the Holy Father’s message which, he said, represent “a road map to rekindle the supernatural life that was given to us in Baptism”. Firstly, the Pope “fixes for us concrete appointments with specific persons and events on the five Sundays of Lent. He puts before us the Word of God proclaimed on those Sundays. By doing so, he wishes us to experience a personal encounter with Christ, the answer to the deepest longings of the human person and the world”. Secondly, “the encounter with Christ in His Word and the Sacraments manifests itself in concrete works of mercy”. Finally, Lent is presented to us as “a path or journey, a span of time to bring to fruition the seed planted at Baptism”.

For her part, the president of “Manos unidas” recalled how “more than fifty years ago the women of the World Union of Female Catholic Organisations launched an appeal for attention to be given to hunger in the world. In a beautiful expression of ‘feminine genius’ in the Church they published a manifesto, … inspired by their nature, as mothers, to give and protect life; and as Catholic women called by Jesus Christ ‘to bear witness to a universal and effective love for the human family'”.

“From the very beginning”, she concluded, “they understood that they had to struggle against hunger: hunger for bread, hunger for culture and hunger for God. … In this way this organisation of the Church in has stood alongside men and women in more than sixty countries through some 25,000 development projects”.