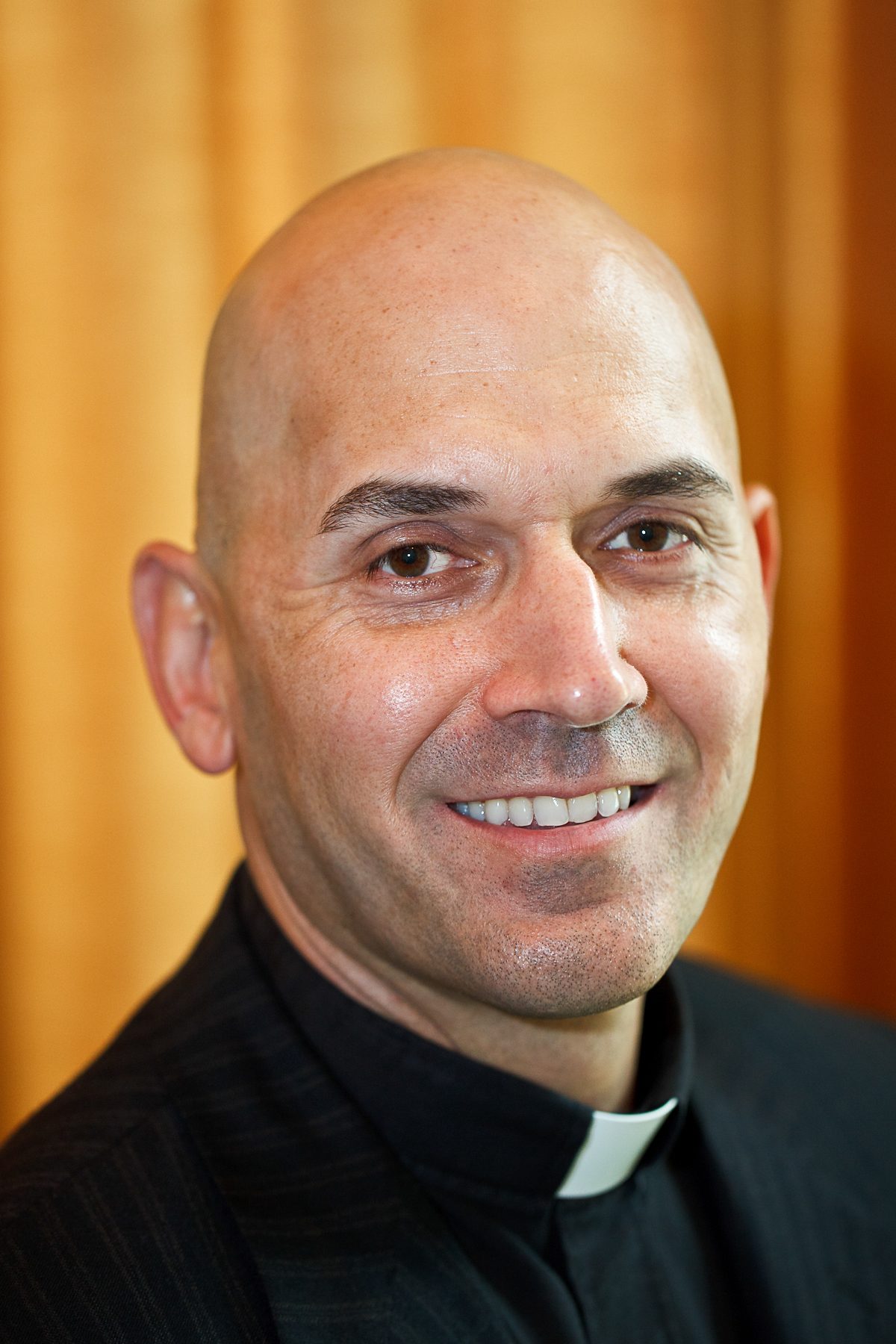 Father Tomás Hurtado, who serves as parochial vicar at St. Francis of Assisi Parish in Apopka, professed his oath of incardination June 22, after a three-year process.

“This is a great day,” said Father Hurtado who came from Santa Clara, Cuba. He left Cuba in 2003 and served two years in Miami before arriving in Orlando in 2005. He first served at St. Catherine of Sienna Parish in Kissimmee, then St. John Vianney Parish in Orlando.

Three years ago he applied for Incardination, a process for priests from other diocese who would like to become permanently assigned to a new diocese. Father Hurtado’s profession to Bishop John Noonan means that he will solely serve the Diocese of Orlando. Father Hurtado said, “I have been working in the diocese here longer than I did in my own of Santa Clara.” Hurtado was ordained in 2002 in Santa Clara and served there for only one year before coming to the United States.

Father Hurtado said, “Life as a priest in Cuba was a very difficult experience because of all the restrictions.”  He had served in three towns, celebrating Mass, feeding and educating the poor and administering the Sacraments to the faithful, but there were obstacles. “I remember that one day somebody asked me to go to the hospital. To visit someone in the hospital, I have to talk to a lot of people to be allowed to go visit … You have to be cleared by a government representative who is there—like a military guard. They ask you why you are there; who are you visiting.” And there was another incident that threatened his safety.

“One day, a person got in line for Confession,” he said. “And when that man came in front of me, he said ‘Father, I don’t come to confess my sins. I just came to tell you that in the other town … they are saying that you are a counter revolutionary.” Father Hurtado added, “And that is a very difficult situation because … You can’t tell the truth about what you are thinking. There is no freedom of speech there.”

This repression also stifles the Church’s ability to evangelize and prevents people from publicly expressing their faith.

“It was difficult for me in my childhood because I grew up with two ideologies,” he said. “In the school there was communist ideology and at home, the faith and all the beliefs,” Hurtado said. “I was free to practice my faith with some restrictions. In my time, we did not have holidays at Christmas. In order for me to celebrate Christmas with my family, my father had to tell the school that I had an appointment with the doctor. Thank God my family kept the faith at home.”

“I also remember,” said Father Hurtado, “that in my time, the bishop asked permission for a procession for Our Lady of Charity (Patroness of Cuba) and they never gave the permission.”

With Pope Benedict’s visit in 2012, Good Friday was declared an official holiday. Slowly, but surely, religious freedom is seeing progress. Through the efforts of Pope Francis, in his visit to Cuba in 2015, lines of communication and cooperation have been improved. After his visit, certain properties were returned to the Church. But although there has been progress, freedom to evangelize and express one’s faith is still frowned upon.

Father Hurtado said that the greatest difference between being a priest in Cuba versus the U.S. is the freedom that the church has in the United States. He said, “It was very difficult for the church in Cuba to help the needy as they do here … It was very hard for the children to get close to the church due to what they were being taught and the suspicions of the government.” In contrast, here Father Hurtado gets the opportunity to work with a large multicultural community and helps many migrant families which form a large part of the parish in Apopka.

He remains hopeful as Cuba makes headway toward religious freedom. “The Catholic Church in Cuba, throughout all these years, has tried to keep the values of family and the faith. I know that today a lot of dioceses in Cuba have programs that help the people to study and, not only to evangelize, but to work with the people,” Father Hurtado said. Looking ahead, he said, “I hope that the Church and the people of Cuba may have all of the freedoms and human rights that, at this moment, they do not have.”